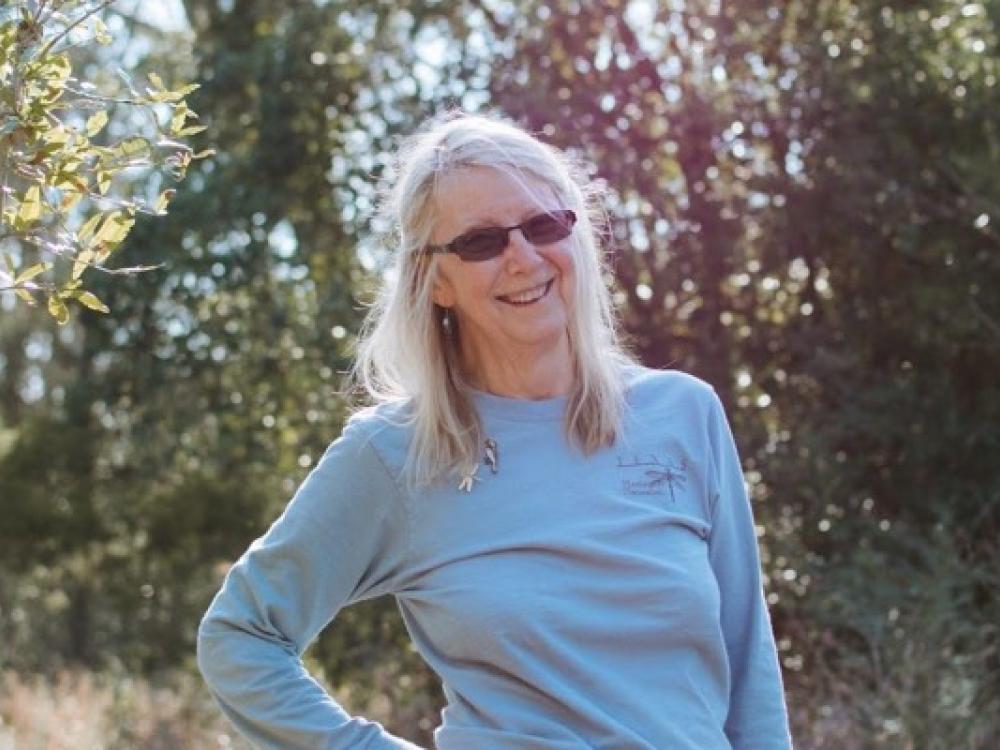 Amy Martin is writing the sequel to 'Wild L.A.,' published by Timber Press, about nature to be found in North Texas. Photo by Katie Kelton.

Amy Martin has always been something of a wild child.

Growing up in a conservative North Dallas household, the Green Source DFW columnist escaped by exploring the creeks and woods nearby. In 1973, she graduated from Walden Preporatory High School, a bohemian, back-to-nature campus that encouraged her need for creative exploration.

After decades as a journalist, environmental activist and founder of a popular blog, in 2014, Martin begin penning a column for Green Source DFW called North Texas Wild. Since then, Martin has introduced thousands of readers to the wild spaces of North Texas. 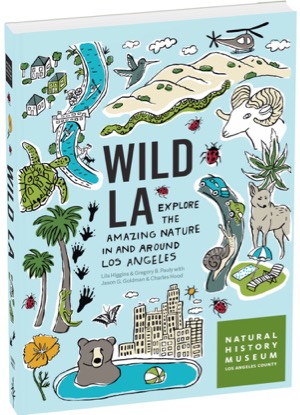 Now she’s been tapped by Portland-based Timber Press to tackle a 300-page guidebook that expands on her decades-long experience as an author, naturalist and nature lover.

The book Wild Dallas-Fort Worth: Exploring the Amazing Nature of North Texas​, will be part of a series, patterned after Wild L.A., published by the company last year.

'Wild DFW' by Amy Martin is in the works, with a projected publication date of 2022.

According to Martin, the book will detail the natural history, ecology and weather of Dallas, Tarrant, Collin and Denton counties. It will also include a fun field guide to over 100 species of plants, animals and insects. In addition, more than 30 field trips to North Texas nature will be presented via hikes with the people who know the areas best. Threaded through the book will be mini-profiles of North Texas natives that grew up to be ecological professionals and activists.

We spoke with her recently by phone about landing the book deal, her nature roots and her take on Dallas-Fort Worth as a nature destination.

GSDFW: So how did the book deal come about? Did you approach Timber Press or did they approach you?

AMY MARTIN: Timber Press contacted a number of groups in Dallas, looking for potential writers and my name was offered up.

GSDFW: Were you in competition with other people for the deal or did they zero in on you?

AMY MARTIN: I think I was the first proposal they received and they liked it so much, I don't think they looked any further. They've been looking in a lot of other cities, including Houston. This will be a whole Wild series that will cover probably most of the major metropolitan areas eventually.

GSDFW: I noticed Wild LA, was credited to four authors, including two from the Natural History Museum of Los Angeles County. But you’re writing the Dallas book on your own?

AMY MARTIN: Yes. But I have such a terrific team of experts who are working with me. I'm learning so much from them. Just our initial conversations have been tremendous fun.

GSDFW: So you've picked out the people who are going to help you to do this book?

AMY MARTIN: Yes, I haven't approached all of them. But I believe I’ve found the best experts in all of these areas.

GSDFW: Are they going to be the ones profiled in the book?

AMY MARTIN: There's a little overlap of the profiles and the experts. Like, for instance, Michael Smith is profiled and he's my reptile expert. But generally, most of the experts were not raised here.

GSDFW: So how will this compare to writing your 2015 book on poison ivy, Itchy Business?

AMY MARTIN: It's twice as big. That's one of the things that gave them confidence - that I had already written two complete books.

GSDFW: What's the other one?

GSDFW: So I just wanted to go back to your background. What neighborhood did you grow up in Dallas?

AMY MARTIN: I grew up in North Dallas. Very close to the intersection of LBJ and Preston. Actually, I grew up before LBJ was built when it was still a railroad tracks, when my Creek was full and there was a little 40-acre woods that I played in. I would follow my little creek down where it met big White Rock Creek and then follow White Rock Creek as far as I could go before I got in trouble.

GSDFW: And you graduated from Walden Prep?

AMY MARTIN: Yes, it was a such a natural campus. I don't want to say underground, but it was a very thoughtful, contemplative school. And we were all encouraged to self study. For instance, I got a marine biology credit for mastering the art of a saltwater aquarium. And another biology credit for resurrecting the greenhouse. Which was a challenge to keep the students from starting their pot plants.

GSDFW: (LOL.) Did you always have these twin interests, writing and nature?

AMY MARTIN: My dad was a country boy. When we moved here from Houston, he insisted on finding a house on a creek. I was so lucky in that way. It was my world. But I spent every summer in deep rural Central Texas with my grandmother. We’d go out at sunsets in her big Buick and look for deer.

I wanted to be a writer since a young kid. It’s really the only thing I’m good at. Parents said that when I finally started talking, I spoke in sentences — with grammar! I love the idea of painting word pictures of nature that motivates people to get off the couch and discover. So many people are curious about nature. Reading can give them that essential nudge. I love to give people experiences that create memories.

GSDFW: Before Timber Press reached out, had you already been wanting to write a book like this?

AMY MARTIN: Wild Dallas-Fort Worth is the culmination of a lot of things. My hiking habit, some five to 20 miles a week. My master naturalist training. The 12 years I spent in wildlife habitat rehabilitation on some land I owned.

I was at the Texas Master Naturalist conference in 2018 when it was announced that 2019 would be held near Dallas. I overheard some smart alecks in the lobby cracking that the fields trips, always a big part of the conference, would be awful, like there was no nature up here. I suspect they were from Austin. That lit a fire under me. I just had to show how wrong they were. So I organized over 40 field trips. Every one was full. It made me very proud.

GSDFW: Do you think Dallas-Fort Worth is on the verge of being known as a nature destination?

AMY MARTIN: Yes! The Trinity River Paddling Trail being coordinated by Trinity Coalition has an excellent chance of receiving National Park Service designation. That’s a big deal. The park service website gets over 10 million visitors a year. If the City of Dallas approached the Great Trinity Forest like Brussels does their Sonian Forest, it could be huge. The Sonian gets millions of visitors a year, yet it is considered a prime example of the Rewilding movement, because they do it right. We could, too. Maybe Wild Dallas-Fort Worth will motivate them.

GSDFW: What are some examples of wild nature still left in DFW?

Wild Dallas-Fort Worth can help them do that. But we have to remember, there can be great nature in your backyard. Or in the park down the street. If you know where to look and what to do to help nature flourish.

Anniversary brings up a lifetime of Earth Days