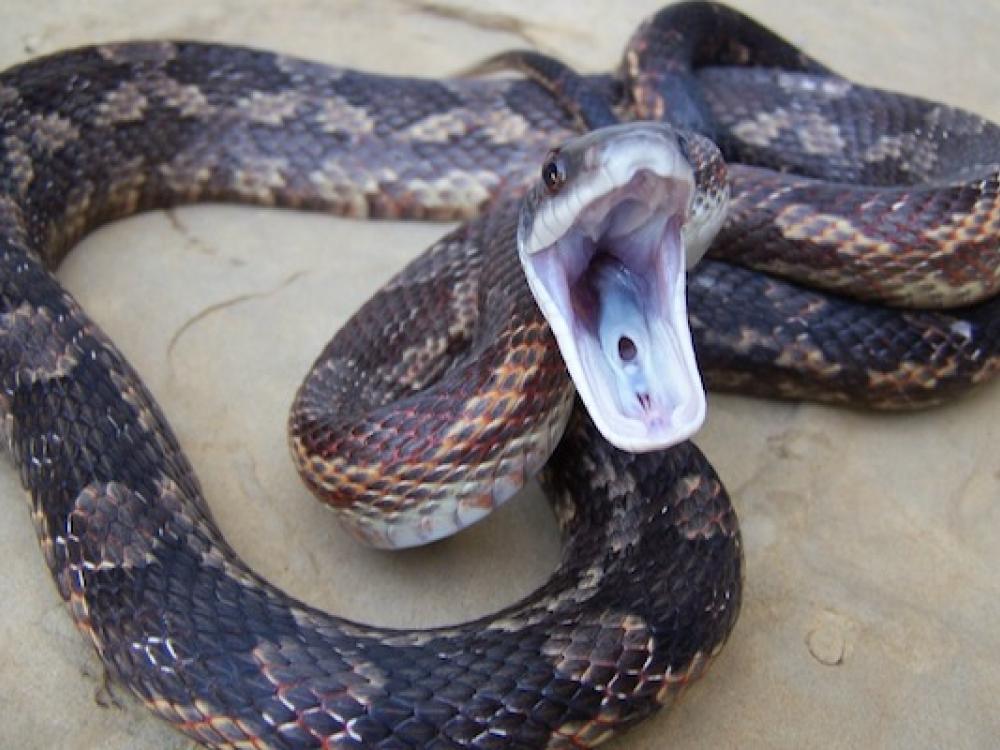 Rat snakes are one of the most common nonvenomous snakes found in the region. The larger ones eat rats and mice, which has endeared them to some people.​ Photo by Michael Smith.

Around this time every year in North Texas, a few people have encounters with “the uninvited.”

For some, the creatures are a nuisance. For others, they may be frightening.

But have no fear - these slithering guests are harmless. 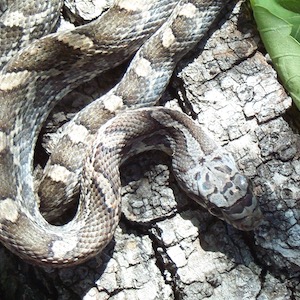 They're Western Ratsnakes. (Until recently they were called “Texas” Ratsnakes.) They are one of the more common nonvenomous snakes of North Texas. You might not know that they are common, because they co-exist with us pretty well and usually stay out of sight.

But at the end of summer, after the eggs have hatched, babies may show up uninvited in your garage or garden. They will not hurt you, and larger ones eat mice and rats, earning the affection of at least a few people. If you find one in your garage, you can safely put it outside without hurting it (more about that later).

They will not hurt you, and larger ones eat mice and rats, earning the affection of at least a few people.

Western ratsnakes start as skinny 12-inch snakes with dark blotches down the back, and grow to about four to six feet long, darkening in color as they get older. Sometimes the adults look nearly black. 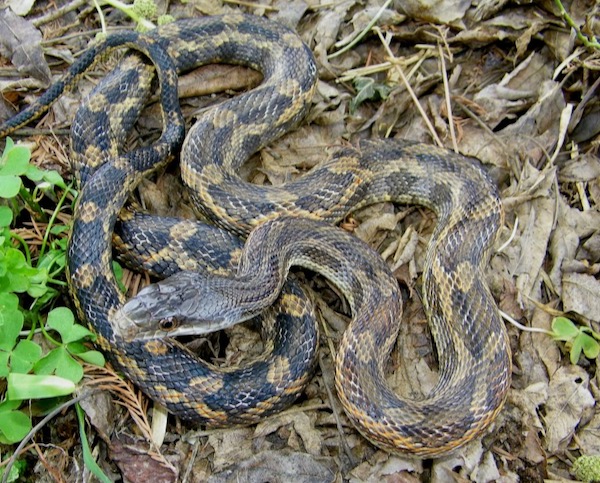 How does a nearly six-foot snake stay out of sight, living in parks and creeks in our suburbs? Part of the answer is that they are excellent climbers and often spend time in the trees where they are fairly well camouflaged. They also tend to be active at night, moving around to hunt while we are sleeping.

I said that they will not hurt you – they have no venom and only small, short, needle-sharp teeth. I did not say that they were cuddly. A Western Ratsnake will usually sit still and hope you walk on by, and if you insist on approaching it, the snake may scoot off into hiding. However, if you corner the snake and touch it or pick it up, it may face you with mouth open, ready to bite.

Over many years of finding and studying local snakes, I’ve picked up a great many of these ratsnakes, and been bitten many times. I’m not being a daredevil. I’m just willing to pay the price of a few small scratches in order to examine the snake close up.

Any time I have stood by and not interfered with it, none of the Western Ratsnakes ever tried to bite. 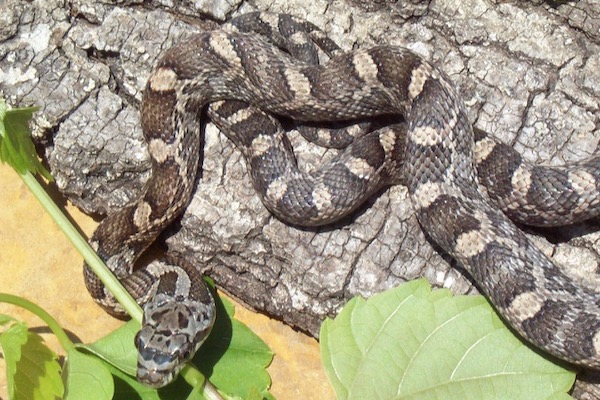 HOW TO HUMANELY REMOVE A RAT SNAKE

Suppose you go into your garage and find a little snake with dark, angular blotches on a light gray body, and there is a dark band across the snout just ahead of the eyes. Here is how you can get it out of the garage and let it go on its way:

• First, get a broom and an empty household trash can.

• Place the trash can on its side with the open side toward the snake, holding it by its base (farthest away from the snake).

• Next, gently but firmly use the broom to sweep or scoot the snake into the trash can. If necessary, you could place the bristles of the broom on top of the snake to gently restrain it and direct its movement.

•Once the snake is in the trash can, use the broom to bring the trash can to an upright position. Don’t use your hand to do this. Assuming that you are not an expert at snake identification, we will just assume that this little snake might not be harmless, and you don’t want your fingers poking around the business end of the snake. 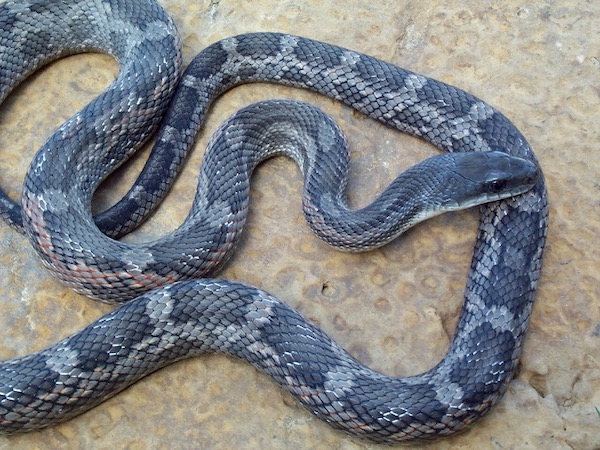 • With the trash can upright, make sure it is tall enough that the snake can’t get out, and cover the trash can with something that will work like a lid.

Your uninvited guest can crawl away.

More information about these snakes is available on my blog Lives In Nature, where I tell the story of rescuing a big ratsnake from my son’s day care years ago. I relocated that snake because hardly any day care is going to give permission to release a big snake on its property. Yes, she bit me, but it all worked out OK!