New book on poison ivy offers relief for the itchy

GSDFW columnist Amy Martin shares excerpts from her new book Itchy Business: How to Prevent Exposure to Poison Ivy and Poison Oak, Treat the Rash, and Eradicate the Plant, set for release next month.

Hitting the trails again after a cold winter is a joy, like seeing old friends. Oaks unfurling delicate new light green leaves, coralberries issuing new arcing branch that bunnies hide beneath, dewberries blooming with the promise of purple lips ahead. And there, climbing the oak, springing forth amid the dewberries, and creeping along with the dewberries is another old friend — poison ivy. 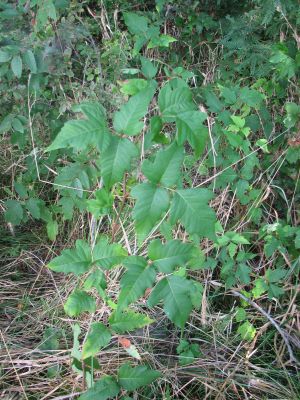 A light touch is all it takes from any of the four species of poison oak and poison ivy that flourish in North America — the American Axis of Itching. It will cause in three out of four people to erupt in patches of swelling and inflammation that bloom into a red, raw rash. The itch ranges from merely awful to delirium producing. If you think you’re immune, don’t get too cocky about it. That can change at any time. It all depends on the state of your immune system.

Poison oak and ivy isn’t poisonous, nor does it cause a contact rash. The plant’s offending substance, urushiol [oo-roo-shee-ohl], is an allergen about which the human body is downright homicidal. The immune-mediated allergic response, which happens deep in the skin’s dermis layer, even entails killer T-cells and cytokines. It’s like a chemical firefight that bubbles outward to the surface — pure cytotoxic devastation. 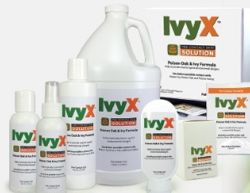 Before hitting the trails, coat your exposed skin with Ivy X pre-contact skin solution by CoreTex or any of the good barrier creams. Ivy X post-contact towlettes also from CoreTex should be your hiking companion. If exposed to urushiol, it’s a mad rush to remove it before it bonds with Langerhan’s cells in the skin. The longer you wait after urushiol exposure, the harsher a cleaner you must use, going from Dawn dishwashing detergent, to rubbing alcohol and oxygenated waters, to special solvents and scrubs.

The Rash: Resistance is Futile

But once urushiol bonds, it’s all about managing the rash. The focus shifts to the three Cs of itch relief: calm, cool and constrict. Powerful herbal and mineral anti-inflammatories calm the riot down in the dermis. Strong plant aromatics cool the rash and relieve the itch. Herbal and mineral astringents constrict blood vessels to reduce swelling and shrink blisters. 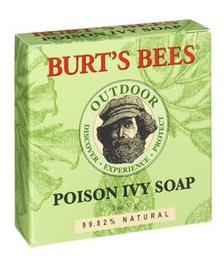 The urushiol rash goes through stages. The first is a general swelling of the skin, tinges of heat, and a bumpy texture. Caught at this point, the allergic response can sometimes be moderated and even stopped with topical steroids, oxygen creams and certain herbs like grindelia. It pays to be aware. Grindelia, along with plantain and calendula, is found in one of my favorite products: Rash Relief Spray by Tecnu (which is different from the famous Tecnu solvent).

Right, Bur't's Bees Poison Ivy soap can help dry up the ooze of the rash . See Amy Martin's Guide to Soothing Soaps below.

Once the rash is underway, the skin bumpiness articulates into papules. These enlarge to become vesicles filled with serum; those may swell into bullae and if you're not careful bloom into blisters. The mistake most people make is trying to exterminate the allergen. That’s what the immune system is doing, blasting it out of existence. Your job is to minimize the damage.

Urushiol: Our Bane as Humans 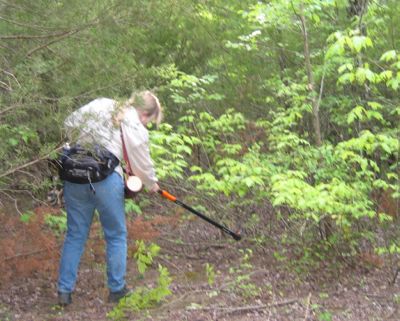 Of course, the best way to beat the urushiol rash is to not contact it in the first place. Relying on mnemonics —“Leaves of three, let them be. Berries white, poisonous sight. Hairy vine, no friend of mine” — means you’ll miss the poison ivy tree (yes, it can become a tree). You might notice it amid the Virginia creeper or the slick tiny vines embedded in the tree bark.

Above, Amy Martin uses an extended clipper made by Fiskars that allows her to clip poison ivy at the base from a safe distance. Photo by Scooter Smith.

Our allergic nemesis is a deciduous plant and “leaves of three” won’t do you any good when they aren’t there. Stems, berries and roots have plenty of urushiol to give you a dandy rash. You need to know how it looks in all seasons and all regions. Eastern poison oak, Toxicodendron pubescens, for instance, doesn’t look anything like our local poison ivy, Toxicodendron radicans, but it hurts all the same. 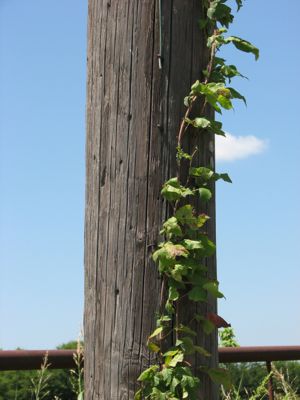 For poison oak and ivy, it’s personal. Aside from a few small scantily furred primates, homo sapiens are the only animals acutely sensitive to urushiol. As I reimagine our archetypal fall from Eden, God didn’t punish humans by kicking us out of the garden. We kept the garden. God gave us Toxicodendrons instead. In some weird way, our sensitivity to it is the human evolutionary fee for losing our fur, the price we pay for consciousness.

"Late at night while you're sleepin' poison ivy comes a'creepin'" goes the lyrics of the Coasters song. Photo by Scooter Smith.

Urushiol is the very definition of a formidable opponent. Direct confrontation is futile. It is far stronger than any of us. It takes an amount less than half a grain of table salt to provoke a nasty rash. You have to be a poison ivy ninja. Like in kung fu, you are taking the incredible hard-wired cellular momentum of the urushiol rash response and deflecting it outward, then moving in and striking at the core of the problem: inflammation.

A Love Song to Poison Ivy 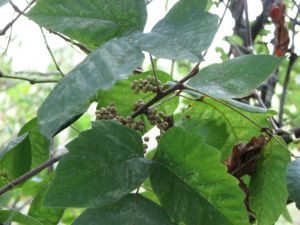 Yet poison oak and ivy is a wildlife plant of great excellence. Lots of berries for birds and small critters, lush leaves for deer and rabbit browsing, terrific root system for erosion control along creeks and bodies of water. The vines offer shelter for arboreal creatures. Except for making us miserable, it’s a great plant.

The poison ivy species Toxicodendron radicans may be native to China, but sure found its happy place in the United States, spinning off three additional poison oak and ivy species. They all thrive on the edge of woods and open land. By carving roads and making clearings through the immense forest that once covered much of the U.S., we greatly multiplied its acreage.

Western poison oak, Toxicodendron diversilobum, named for being perversely diverse in appearance, is the second most common shrub in California. Rugged and rowdy, it gets so prevalent — with dense thickets forming up to half the foliage in mature woods — to create a namesake ecosystem. These areas, which timber companies decline to log, become havens for wildlife sensitive to human intrusion, such as the endangered Bell’s Vireo. 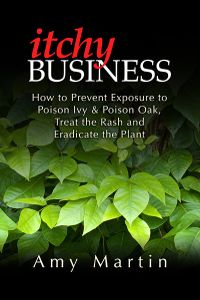 There is no escaping poison oak and ivy. It thrives on the higher carbon dioxide levels involved with climate change. Hotter temperatures? The plant says: “Bring it on!” Not only will it flourish in our polluted future, studies show it may become even more poisonous than it is now. Let the fruits of my struggles spare you from being a poster child for poison oak and ivy. Empower yourself and fear nature no more!

Right, Amy Martin compiled years of research as a victim of poison ivy for her new book.

Itchy Business: How to Prevent Exposure to Poison Ivy and Poison Oak, Treat the Rash, and Eradicate the Plant by Amy Martin will be released in May in print and a full array digital formats. Sign up at Itchy.biz for updates on the book’s release and talk appearances. 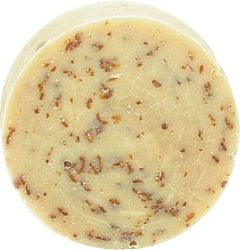 Nicely alkaline with herbs for soothing skin and fighting infection. 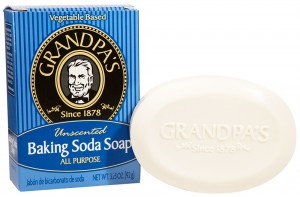 Alkalizing with a lovely safe scratch from the gritty baking soda.

Soothing with enough oatmeal granules for a lovely safe scratch.

• Poison Ivy/Oak Bar by All Terrain

Anti-inflammatory plantain and soothing concentrated oats with a touch of drying from antiseptic neem and tea tree oils. 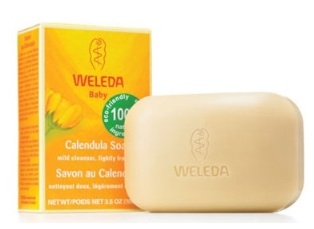 Weleda makes a line of potent calendula soap bars and shower gels. Those for babies are extra gentle on the skin.

Lovely and super alkalizing, with jewelweed and oatmeal for soothing, and pine tar and tea tree oil to help thwart infection and dry up ooze.