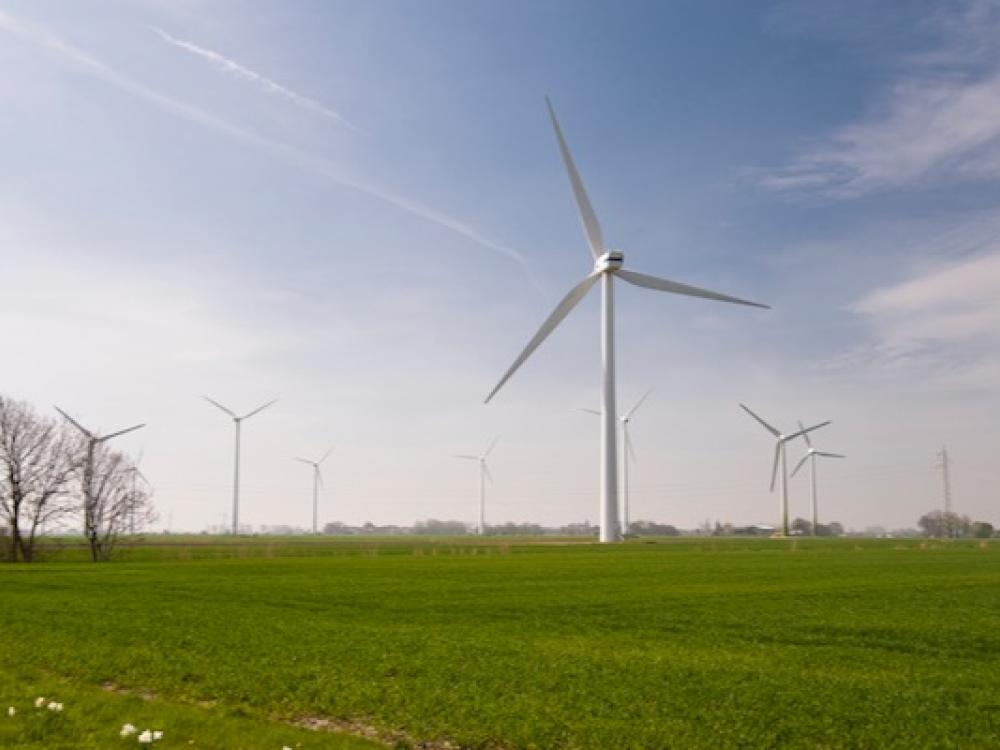 Climate change and the future of the oil and gas industry were key topics at the final debate between Republican incumbent President Donald Trump and Democratic presidential nominee Joe Biden.

Trump supported clean air and clean water, but showed no regret over pulling out of the Paris Climate Agreement, a worldwide effort to reduce global warming.

"I will not sacrifice tens of millions of jobs, thousands and thousands of companies, because of the Paris Accord," Trump said. "It would have destroyed our businesses."

Biden, who called climate change "an existential threat to humanity" said the country had "a moral obligation to deal with it."

Biden suggested that the country could curb climate change while also growing the economy and called solar and wind energy the fastest growing industries.

"We can grow and we can be cleaner, if we go the route I'm proposing," Biden said.

"I know more about wind than you do," Trump said to Biden. "It's extremely expensive, kills all the birds, it's very intermittent, it's got a lot of problems, and they happen to make all the windmills in both Germany and China."

Trump also criticized Biden for opposing fracking. Biden denied taking such a position. He did oppose fracking in the Democratic primary, but his campaign staffers walked back those comments, saying he only opposed fracking on federal land.

Moderator Kristen Welker of NBC also pressed Trump on Texans living near refineries who fear pollution is making them sick.

"The families that we're talking about are employed heavily, and they're making a lot of money, more money than they've ever made," Trump said. "If you look at the kind of numbers that we've produced for Hispanic, for Blacks, for Asians, it's nine times greater the percentage gained than it was under, in three years, than it was under eight years the two of them, to put it nicely. Nine times more."

But Biden said that workers' health should be a priority.

“The fact is, those front-line communities, it doesn't matter what you're paying them, it matters how you keep them safe," Biden said.

At one point, Trump directly asked Biden whether the former vice president would "close down" the oil industry.

“I would transition from the oil industry, yes," Biden said.

“It has to be replaced by renewable energy over time. Over time," Biden said.

Trump said that "in terms of business," that was "the biggest statement."

The debate came less than two weeks before the election and after more than 5.9 million Texans have cast ballots during the state’s early voting period. In Texas polls, Trump this year has underperformed previous Republican presidential candidates.

Trump visited Texas’ oil-rich Permian Basin earlier this year to give a morale boost to the beleaguered region and rally oil and gas workers against Democrats.

Texas and the rest of the country has been plunged into an economic recession since the spring’s massive business shutdowns aimed at stemming the spread of the coronavirus.

But unlike previous downturns, experts said Texas’ signature oil and gas industry, which earlier this year saw oil prices dip into the negatives, might hold the state’s economy back.

And workers in the state’s oil and gas industry have lost work in massive waves. There were 22.6 percent fewer workers last month in the mining and logging industry, which includes the oil and gas sector, compared with September 2019, according to non-seasonally adjusted numbers.

That was reflected in the oil-rich Permian Basin. Odessa’s unadjusted unemployment rate increased from 11.1 percent in August to 13.2 percent in September. Midland’s unadjusted rate went from 8.1 percent to 9.6 percent in that one-month period.

Abby Livingston joined The Texas Tribune in 2014 as the publication's first Washington bureau chief. In this role, she covers members in the Texas congressional delegation and campaigns back in the home state. A seventh-generation Texan, Abby grew up in Fort Worth and graduated from the University of Texas at Austin. Prior to the Tribune, Abby worked for NBC, CNN, National Journal and Roll Call. At the Tribune, she won the 2017 National Press Club Award for Washington regional reporting and the Society of Professional Journalists' 2018 Sigma Delta Chi Award for Washington correspondence. Abby is a contributing writer to the Almanac of American Politics and frequently appears on MSNBC, CNN and Sirius XM radio.