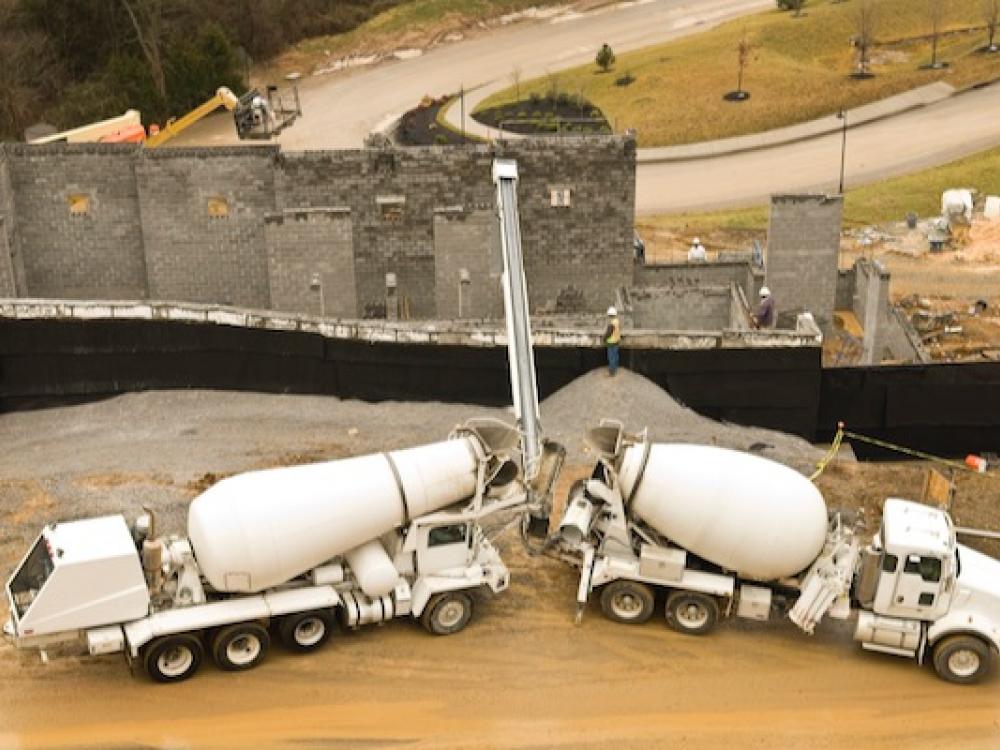 Concrete batch plants provide material for building everything from roads to backyard pools. New permitting rules in Dallas encourage the public to weigh in on whether they want batch plants in their neighborhood. Courtesy of Storyblocks.

Batch plant operators will now be required to apply for a Specific Use Permit, triggering public hearings before they can be approved.

Environmentalists are applauding the move.

“We are thrilled by the City Council’s decision,” said Victoria Howard, chair of the Dallas Sierra Club’s Eco Action and Conservation Committee.

“No one should have to live near a concrete batch plant,” said Adrian Shelley, Public Citizen’s Texas director. “They are noisy, dirty, and release harmful air pollution. These new required hearings will give Dallas residents an opportunity to voice their concerns about the siting of these plants in and around their neighborhoods.”

Julia Ryan, director of Planning and Urban Design for the city of Dallas, said the changes were developed after they noticed an increase in batch plant applications, where the public complained they didn’t have a voice in the process.

“So we wanted to make sure, in the future, there's a public process and that we’re siting these in appropriate locations,” she said.

According to a city staff report, since 1978, an estimated 94 batch plants applications have been filed in Dallas, the majority of which are temporary. About half of those were filed over the last 10 years. An estimated 53 batch plants are currently operating in the city.

Currently, temporary concrete or asphalt batching plants are allowed in most of the zoning districts across Dallas, including residential districts, according to a city report.

Before the amendment, which went into effect May 11, batch plants were authorized through an administrative and by-right approval process.

In addition, batch plant applications must be approved by the Texas Commission for Environmental Quality.

According to Kathryn Bazan, chair for the City of Dallas’ Environmental Commission, TCEQ ensures applicants meet administrative and technical criteria but the state agency does not consider issues of equity, environmental racism or even the cumulative effect of existing pollution.

"They treat each application as if it's operating essentially in a vacuum," said Bazan.

As an appointee to the newly minted Environmental Commission, a group launched in December to advise the City Council’s Environment and Sustainability Committee, Bazan has a unique dual perspective. She worked for TCEQ for four years in Environmental Assistance, guiding permanent entities through regulatory compliance requirements. She has also faced industry as a foe.

In 2020, she took on the role of activist when she learned a batch plant was planned for her neighborhood in east Dallas. The neighborhood coalition successfully kept the plant out. And since then, she has lent her expertise to other communities fighting batch plants of their own.

According to Bazan, historically, residents often didn’t know a batch plant was going in their neighborhood until the process was almost complete.

With the new rules, residents will have the chance to speak in a public hearing before the city’s Plan Commission as well as the City Council. At both these junctures, residents can bring up their concerns regarding pollution, industrial traffic and their health effects. The SUP permit will then need approval by city leaders.

“This is something that I have been chasing for two years,” said Bazan, who is also vice chair of the Dallas Sierra Club’s Eco Action and Conservation Committee. “I absolutely feel elated for our community members, to be able to be heard.”

A second phase to the concrete batch plant permitting process is also underway.

Ryan said they’re meeting with stakeholders now to consider creating a second set of criteria to establish buffers between batch plants and sensitive land uses, such as residential, schools and parks.

This could potentially eliminate the need for SUPs for those that meet all the requirements, she said.

“We want to identify the locations where [batch plants] are welcome, so that they're not impacting the surrounding communities and they are able to serve the customers that they need to serve,” Ryan said. “This isn’t about limiting development, it's about making sure that we're putting them in the right places.”