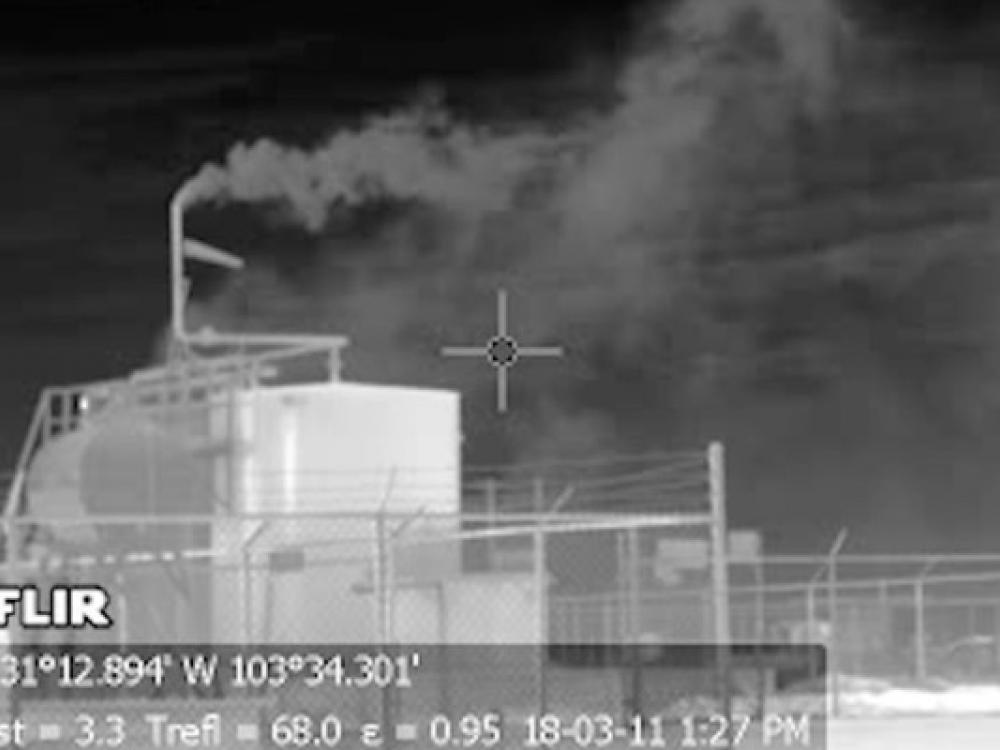 While Trump supporters gathered for a rally at the American Airlines Center on Thursday, a few blocks away environmentalists testified at a Dallas federal courthouse against a Trump Administration rollback of methane emissions standards.

The Dallas hearing was the only public hearing held by the Environmental Protection Agency on the methane rules. Activists came from as far away as Pennsylvania and North Dakota to speak.

The EPA says the reversal would remove regulatory duplication while maintaining health and environmental protection and saving the oil and gas industry up to $123 million over the next 5 years.

Even Royal Dutch Shell has objected to the loosening of methane regulations, reported Reuters.

Molly Rooke of the Dallas Sierra Club was one of more than 100 people who spoke before the EPA committee at Earle Cabell Federal Courthouse on Thursday. She said the Obama-era regulations on capping methane, hard won by environmentalists only a few years ago, were already lacking.

“We not only don’t want EPA to weaken or cut the regulations, we want them to strengthen them,” said Rooke. “The direction they want to to go is wildly wrong.”

Lone Star Sierra Club interim president Cyrus Reed, who drove up from Austin, said even with all the environmental rule turnovers by the Trump Adminstration in the last two and a half years, the methane rule proposal stood out as egregious.

“This is a pretty severe rollback,” said Reed. ”It would increase pollution - by their own analysis.”

He said the consequences are even greater for a state like Texas which doesn’t have state standards on methane, even though Texas is the leading producer of oil and gas in the U.S, he said.

“Methane gases are only a small part of the emissions but they’re very, very potent.”

Images of emissions leaks from a gas well operation taken this month in Colorado with an optical gas imaging camera. Courtesy of Earthworks.

"This was a gift to the oil and gas industry," said Wilson.

She is all too familiar with methane leaks.

Her days are often spent giving eye-opening tours of oil and gas production sites to elected officials and journalists, including an MSNBC reporter in September. Using her $100,000 optical gas imaging camera, she reveals the plumes of toxic methane and VOCs pouring out along pipelines, at fracking sites, processing plants, refineries, delivery lines and meters.

“It’s not just fracking sites,” she said. “The entire system leaks. I’ve even found gas emissions behind my condo.”

She said even with rules for capping methane, the industry can't contain all the emissions leaking from oil and gas production.

“It’s a dragon. You can’t keep a dragon in a pipe, or a tank or truck or a boat. It’s under pressure and it will find a way out.”

Wilson, who once lived in rural North Texas surrounded by gas wells, today has cut gas out of her life, driving an electric car and cooking on an electric stove.

“If the public could see this pollution with their bare eyes, the oil and gas industry would be over.”

The public can still comment here on the methane rule reversal until Nov. 25.