Attorney promotes green issues in the community, the courtroom and at home

Environmental attorney, author and Dallas Sierra Club president Wendel Withrow wears a lot of hats in the DFW green community but says his first foray into living green was when he began reading the works of Edward Abbey in 1989.

“Up until 1989, I would not consider myself an environmentalist and certainly not an environmental activist,” Withrow says. “I was not doing the opposite, but when I read Abbey’s Desert Solitaire that sort of got me motivated to join Sierra Club and take a much more active role in saving the environment.”

“I just wandered into their meeting and didn’t know a soul -- that was 20 years ago. Now I am the head of the joint,” he joked.

Withrow was also chairman of the executive committee for the Lone Star Chapter, which has about 30,000 members, before taking on the Sierra Club role in Dallas, which is about 4,000 strong. 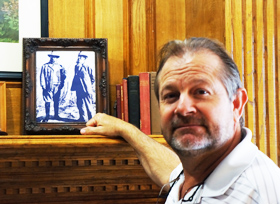 “This is by far the largest environmental organization [in DFW] and we have an entire range of members,” he said.

One of the group's major focuses is climate change. Last February, members from the group headed to Washington D.C. for the President's Day weekend climate rally.

“We want to continue drawing attention to the fact that climate change is a major important issue that needs to be dealt with,” he said. “An equally important goal is to convince President Obama to stop backing the Keystone Pipeline.The pipeline is bringing this horrible ugly crude down from Canada all the way through Nebraska and the central part of the United States through Oklahoma and the heart of the piney woods of Texas down to the Gulf of Mexico refineries.”

Withrow says the entire project is incredibly dangerous and toxic.

“Keystone has a horrible safety record so it is not like we are just making this up. Everyone knows that crude is dangerous, but they are acting like nothing is going to happen. But things not only do happen, they have happened.”

A 1979 Texas Tech law school graduate, Withrow’s environmental litigation includes representing neighborhood groups fighting landfills or the copper smelter in Denton. He also worked with the “late, legendary Ned Fritz,” a Dallas environmentalist, on the red cockaded woodpecker case, which he describes as “an epic 20-year battle" with the U.S. Forest Service. It ended with a victory for protecting the habitat of the East Texas bird. 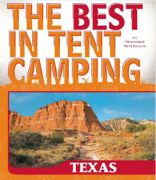 A longtime backpacker, camper, hiker and traveler, Withrow is also proud of his book, The Best in Tent Camping: Texas, part of a nationwide series.

At home in Keller, Withrow says he is lives off the grid as much as possible, recycling all of his runoff and waste water and using 95 percent desert plants in his landscaping.

“Looking back, I could have done more like having a wind turbine and solar panels, but I am still trying to make the cost work,” he says. “Living off the grid -- not totally off the grid -- is an attainable goal when people begin to use a combination of solar panels and small wind turbines and that is the key. Because once you are harnessing the sun and the wind in Texas, you are 75 percent of the way there.”

He also points out that any homeowner can recycle runoff water and buy either organic or at least closer to home. He said if everyone would just do a few things, like shop at farmer's markets, it would make a huge impact.

“We have so many people and our population is so large that if you get a nice percentage of people making even small environmental changes, the result is huge. Think about it --  if you can get 25 percent of the people in Texas to do anything for the good, it will have an impact.”