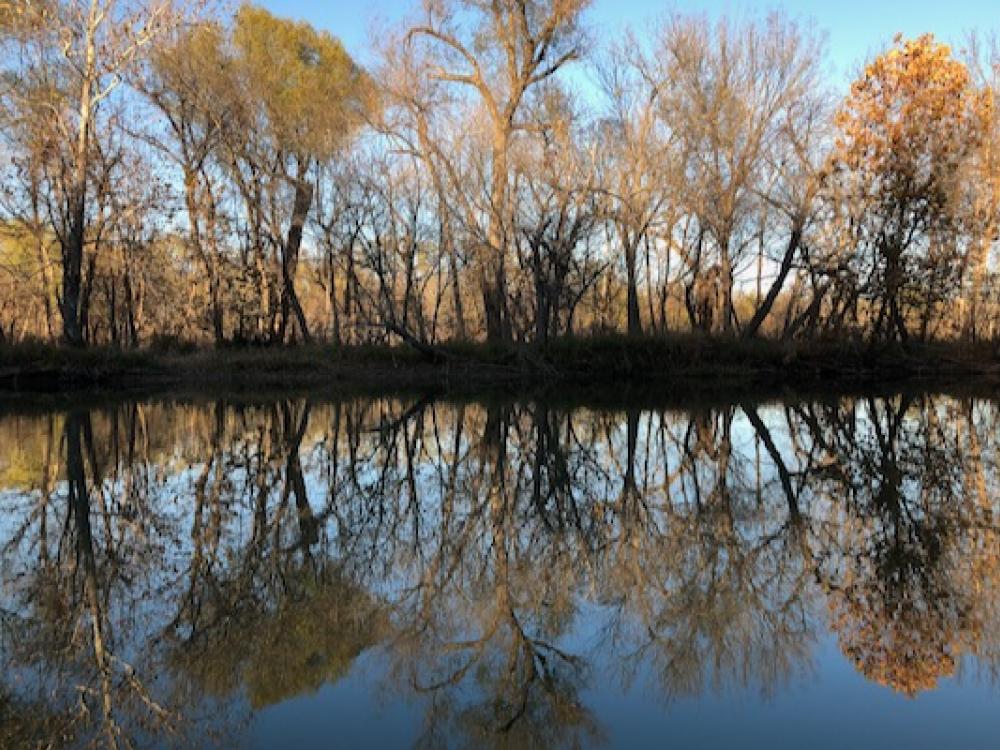 The 29-acre parcel added to the Fort Worth Nature Center could be the site of future upgrades. Above, trees cast reflections in an inlet at the park. Photo by Julie Thibodeaux.

The Fort Worth Nature Center and Refuge in northwest Tarrant County is already one of the largest municipal parks in the U.S. But it just got a little bigger.

Last month, 29.5 acres was added to the already expansive 3,600-acre natural area, owned by the City of Fort Worth.

The new parcel is adjacent to busy Jacksboro Highway, alongside the park’s entrance. The purchase was critical to insulating the natural area from commercial activity and encroachment. But in future years it could host additional park infrastructure, Nature Center officials said.

The refuge is a local botanical jewel, featuring more than 20 miles of hiking trails, a managed herd of bison and broad swaths of largely unspoiled wilderness. As many as 650 plant species have been identified in the wildspace, including post-oak trees that date to around 1736. 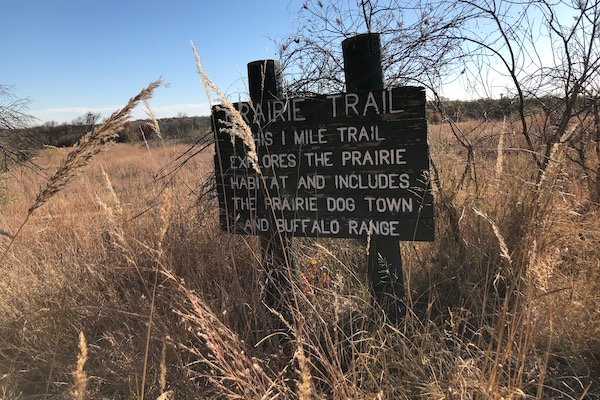 A sign along the Prairie Trail at the Fort Worth Nature Center. Photo by Julie Thibodeaux.

“Purchasing this land will not only prevent development from occurring adjacent to one of the bison pastures, but also conserve wildlife habitat within the city limits in one of the fastest growing cities in the country," Haily Summerford, executive director of Friends of the Fort Worth Nature Center and Refuge, said in a news release.

The Fort Worth City Council greenlighted the $3.1 million acquisition from XTO Energy on Nov. 9. Funding was provided by the city’s Open Space Conservation Program, established in 2019 in partnership with the Trust for Public Land to pinpoint and protect important natural areas within the city.

Fort Worth Nature Center Director Rob Denkhaus said the undeveloped parcel has been on the city’s radar for years.

“In our 2003 Master Plan, that property was identified as being of value to the Nature Center as a buffer adjacent to our entrance,” he said, emphasizing that the best use of the land in its current state is to help sequester the rest of the park. “This is not a prime piece of Texas real estate that everybody would be just drooling over,” he said. “Its relationship to the Nature Center is the key piece of this, that it provides a buffer along our entry road.” 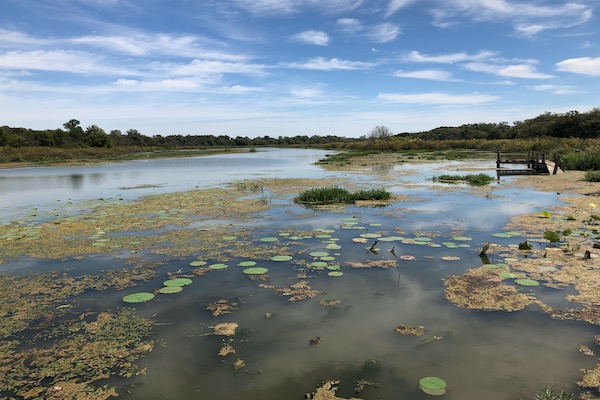 A view of the West Fork of the Trinity River from the Marsh Boardwalk at the Fort Worth Nature Center. Photo by Karl Thibodeaux.

That’s not to say that the property could not or would not be improved. Ideas already are starting to bubble up, including the notional construction of a group-meeting facility where businesses and larger gatherings of visitors could congregate. Clearing space for a central parking location also is up for discussion. Such projects are “purely conceptual” at this point, according to Denkhaus.

Long before park officials make any decisions about the new land’s future use, it will undergo a thorough assessment.

“We’ll take inventory of its natural value, and maybe we will say we need to preserve it as is,” Denkhaus said.

For now, however, the property’s “greatest good” appears to be protecting the Nature Center’s other 3,600 acres, he said.

In the meantime, a tidying up looks to be in the cards.

“When I first got here, the property was the site of a flea market. As unsold merchandise was pitched, low-lying areas became a repository for those leftover flea-market items. I’ve also seen semi-trucks and cargo containers in there, even a bass-boat hull. But it’s not a big deal. We can clean that up,” Denkhaus said. 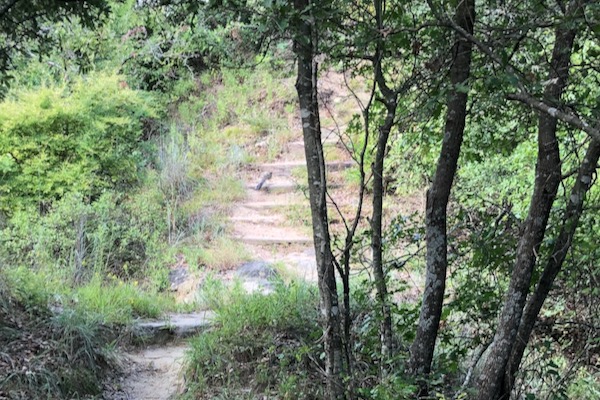 A roadrunner stops on the steps on Canyon Ridge Trail at the Fort Worth Nature Center. Photo by Julie Thibodeaux.

As the Nature Center prepares to absorb the new property, other acreage is slowly accruing, as well. Denkhaus said the city has been purchasing land “from willing owners since around 2000” in the secluded Lakeland addition, a small, mid-20th century neighborhood located inside the park’s boundaries.

“Someday we’d like to own the entire Lakeland development, but nobody’s going to be forced out. We own lots that had 13 houses, and in the past four months we have demolished all of those houses. We’ve returned that area to the Nature Center.”

As for the newly acquired buffer zone, Denkhaus sees another piece of a much larger puzzle snapping into place.

“We’re playing the long game on saving the Earth, even if it’s 29 acres at a time,” he said.

Fort Worth Nature Center offers window into region’s wild past