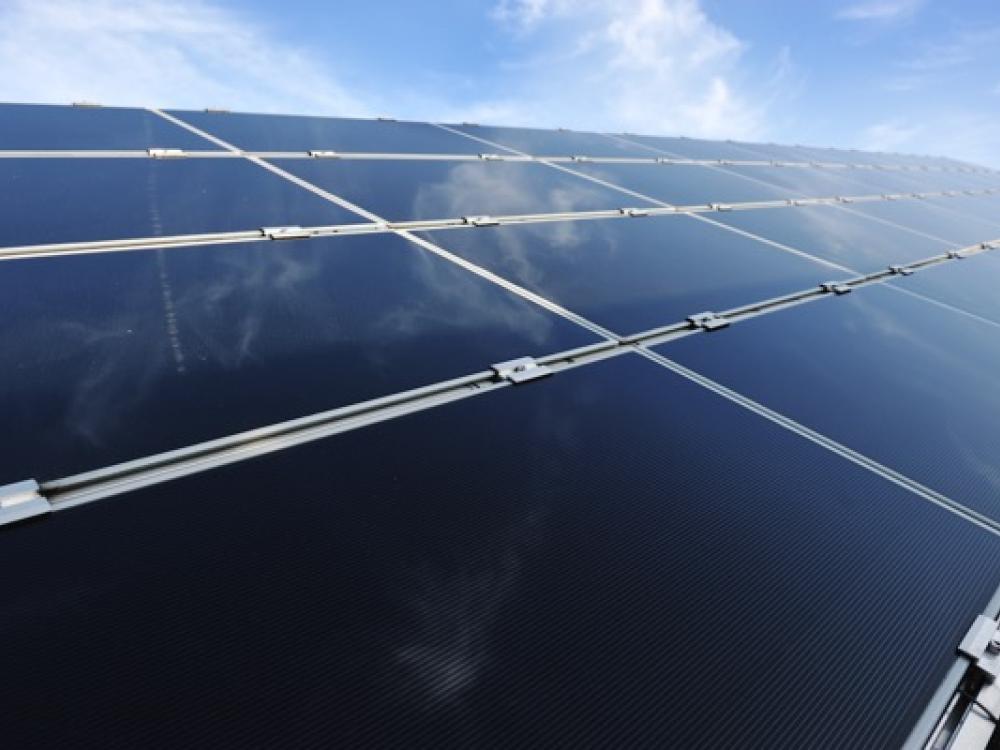 El Dorado Chevrolet/Mazda of McKinney will soon began construction of a solar canopy system that wiil shield its cars from the elements while powering the business.

A North Texas dealership is turning to solar for power - and for protection from foul weather.

El Dorado Chevrolet/Mazda of McKinney will soon break ground on an expansive construction project that will put the majority of its 28-acre lot under the protection of 37 canopies topped with 3,456 photovoltaic solar panels.

When completed, the mini, private solar energy farm will produce a remarkable one gigawatt of electricity, thus powering the business and producing enough current to sell back to the utility company.

The motivation for such a huge investment in renewable power was a matter of smart fiscal decision-making. The dealership will save millions of dollars in the next three decades in both electric bills and insurance premiums. 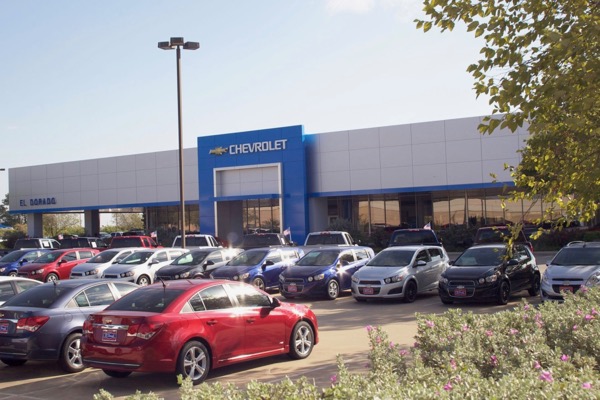 For now, every time a legendary Texas thunderstorm rolls into the region, the dealership’s owners cross their fingers and hope it will all blow over. But several storms in the past have pelted their new cars and trucks with hail, leading to extensive property damage and rising insurance claims.

With every new claim comes an increase in insurance premiums, which eventually reached a point where putting the lot under the protection of a roof made financial sense, especially if that roof is topped with income-producing solar panels rather than mere sheet metal.

The US Department of Energy reports that solar energy systems are resilient through extreme weather events like hail and hurricanes.

Brad Snyder, president of Dallas-based Sunfinity Renewable Energy, which is overseeing the solar installation, says the dealership’s management saw all indicators pointing to solar power generation as they explored how to get a handle on the rising costs of their operation.

“El Dorado was curious about solar returns for their dealership. They wanted to lower their current energy spent; they wanted to use it as a hedge against future [utility] price increases and wanted to be able to promote their brand through sustainable initiatives, and also increase their energy independence,” Snyder says. “It actually was the case where they've had three different hail events in the past couple of years where their claims were extremely significant. And they were looking for a car covering solution as well. So that's when they started to explore us doing both the solar project and a canopy project, and really, that's how the idea came about -- that they wanted to protect their cars and lower their insurance.”

Putting the scope of the project into perspective, Snyder says the solar panel canopy system will cover about 1,200 vehicles while producing enough electricity to power 133 homes - more than the dealership needs during the day. But the sun sets, and the dealership still uses electricity at night, so the system will use the power grid as a virtual storage solution for nighttime energy needs - selling their excess power to Oncor during the day and then using a little power from the grid at night to keep things running.

“They'll generate enough energy to offset all of their energy needs at the two buildings, which will basically make them a net-zero energy building. In order to do that, what they'll do is they'll generate power through the day; they'll export some power to the grid, and then they'll be compensated via their retail electric provider, which will financially offset any of the electricity that they use at night,” Snyder says.

Snyder says he expects the total price tag for the project to be recuperated in less than 10 years from both electric bill savings and lower insurance premiums, making the rest of the electricity generated for the remaining 20 years of the expected lifespan of the solar panels, free of charge. The total estimated amount that will be pocketed by the dealership instead of paid out in utility bills is $4 million.

What’s more, says Snyder, is that the dealership is hedged against almost certain increases in utility rates, making the solar installation a means of locking in a lower utility price for the 30 to 40 years of the panels’ useful life while offsetting an amount of atmospheric carbon pollution equivalent to 35 million pounds of coal.

El Dorado boasts that it’s the first in the nation to be recognized as a green auto dealership by the U.S. Green Building Council for its xeriscaping with native Texas plants and a recycling program that’s in place to reduce on-site solid waste disposal by 35 percent.

“Our commitment to solar canopies is our biggest environmental initiative to date,” said Stanley Graff, owner of El Dorado Chevrolet. “We see it as benefit for our customers in the summer months, and the solar panels will also provide protection in the spring against hail storms. In addition the power being generated will cover El Dorado’s electrical needs.”

Also of note is that the new canopy system will reduce the dealership’s contribution to one of the most neglected environmental threats around the globe. By placing the lot under a rooftop and using lower-powered, directional lighting, the huge eyesore of bright stadium lights that surround typical car dealerships will be eliminated, thus abating the light pollution that ruins the beauty of the nighttime sky for humans and steers migrating birds off course while disrupting nocturnal mammals, amphibians and insects.

Snyder says the setup is a win for everyone involved: the dealership reaps huge financial savings; customers will shop for vehicles protected from the summer sun and inclement weather; and everyone else breathes cleaner air made possible by steering a little more energy demand to renewable power generation and away from power plants that burn dirty fuels. He also says solar panels win out against nuclear power generation because solar power poses no risk of a catastrophic meltdown and and there’s no radioactive waste that has to be monitored for infinity.

“With solar power when we have a fuel spill, everyone just says it’s a beautiful day,” he quips.