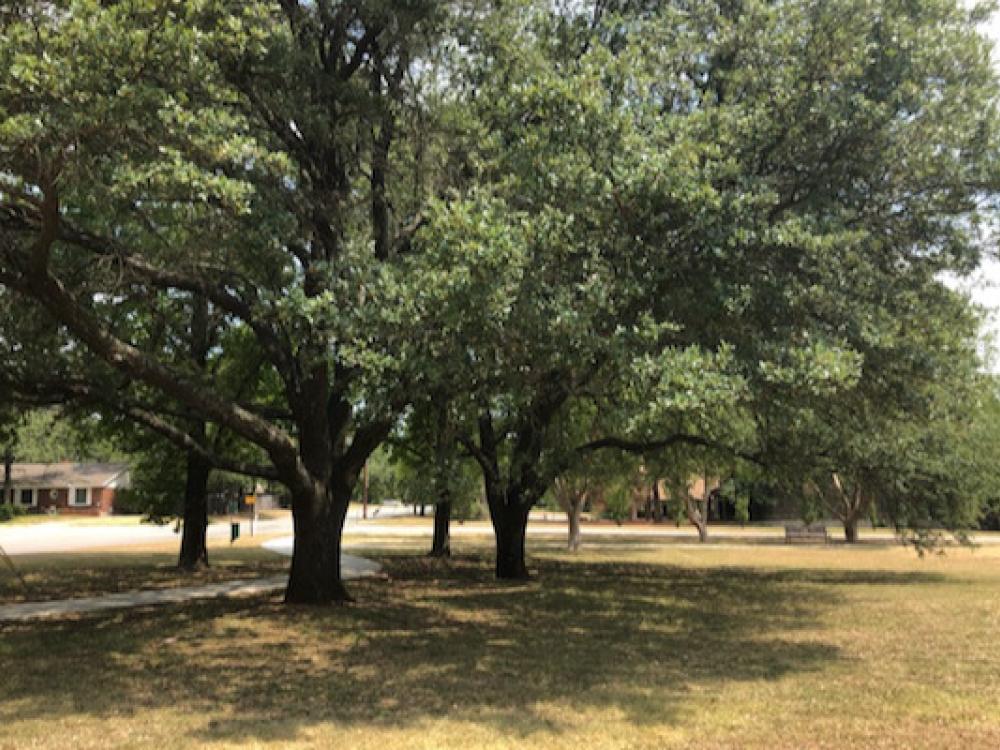 DFW recently experienced 12 straight days of 100 degree temps and we’re only halfway through the summer.

Many North Texans are taking precautions for themselves and their pets in the extreme weather.

But tree experts say, take care of your trees as well.

“When we get into these extreme conditions, like we're going through now, even those large mature trees need water at this time,” said Rachel McGregor, urban forestry manager for the Texas Trees Foundation, a Dallas-based tree advocacy nonprofit.

2022 is the 6th driest year on record in Texas, going back 128 years, according to drought data.

Drought is a significant stress to trees and can result in tree fatalities.

According to the US Drought Monitor, in 2011, the widespread drought in Texas killed an estimated 300 million trees, 5.6 million being urban shade trees, Texas A&M Forest Service reported.

Plants generate their own food through photosynthesis, which requires carbon dioxide, sunlight — and water.

“Water is necessary for the chemical reactions that create sugars, it’s also necessary to help move the needed materials around in the tree and finally, to utilize those materials,” according to Karl Flocke, Texas A&M Forest Service Woodland Ecologist.

During a drought, the lack of water causes trees to make less food, which means fewer nutrients to keep the tree alive.

Most trees will begin to show signs of water stress through their leaves, said Courtney Blevins, Texas A&M Forest Service Urban Forester, based in Fort Worth.

“The things to look for on your tree are leaves dropping or wilting, small or malformed leaves, yellowing of the leaves and browning tips of the leaves,” said Blevins. “Some species, like junipers, may totally brown out, losing all of their leaves.”

Drought alone may not kill your trees, but it can put your trees at risk.

“Most trees usually die from a combination of different stresses,” said Blevins. “One of the biggest stresses we see in Texas is drought. When that happens, stresses build up and secondary pests or diseases can establish in trees.”

When a tree is already stressed, then these types of insects and diseases will increase.

According to Blevins, these secondary insects and diseases not only increase during the time of drought, but for years after a drought or other large stressor event has ended as it takes time for trees to recover. 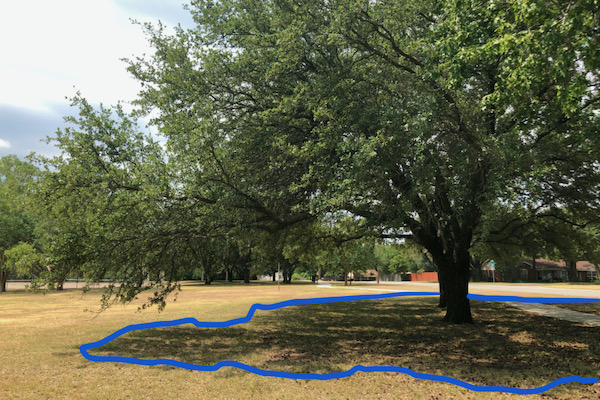 Established trees well adapted to our area may not need supplemental watering.

But tree experts are advising North Texans to consider watering their trees to help them make it through the summer, especially if they are showing signs of stress.

And if you have to choose between watering your lawn or trees due to watering restrictions, says McGregor says, water your trees.

“In times of drought and water restrictions, trees should be given priority over other landscape plants, including lawns,” said the tree advocacy group in a press release.

A turfgrass lawn left unwatered will naturally go dormant for the season and turn brown but may turn green again after a rainfall or when irrigation is reintroduced. Even if reseeding or resodding is necessary, a lawn can often be re-established in a single season – a large tree cannot.

“Trees provide an enormous value to us in our landscape,” said Flocke. “Keeping trees, especially near our homes, can help to reduce overall energy bills, keep us healthier and provide shade for the house. If we lose those trees, we potentially lose benefits that have taken decades to accumulate.”

Tree experts recommend watering mature trees, every 10 days to two weeks during a drought. You don’t need to adhere to a strict schedule – you are trying to replicate the normal summer rain patterns.

Texas A&M Forest Service says watering can be done with a water hose, soaker hose, sprinkler or bucket. A good guideline for the amount of water your tree needs is two to three gallons per one inch trunk diameter.

Another simple guideline — water until the soil can pass the screwdriver test.

Stick a long screwdriver in the ground. If the screwdriver doesn’t go easily six to eight inches into the soil, it needs more water.

Water should be applied to the entire area within the dripline under the crown of the tree.

McGregor of Texas Trees recommends watering beyond the dripline, as a tree’s roots extend past its canopy.

One of the myths about trees is that its root system is a mirror image of the tree above ground.

“A tree’s root system is kind of like a plate,” she said.

While some trees have tap roots, typically a tree's roots extend outward laterally, two or three feet below ground.

Watering young trees should be focused primarily on and immediately adjacent to the original root ball as these trees have not yet developed long ranging roots.

Another way you can help your trees manage drought stress is by mulching. Mulch conserves water, regulates soil temperatures, reduces competition from other plants and improves soil health.

Texas Trees Foundation recommends piling two to three inches of mulch around the tree. But avoid the area next to the tree’s trunk.

During times of drought, be extremely cautious not to add additional stresses to your tree, making them more susceptible to secondary insects and diseases.

First, do not prune your trees unless absolutely necessary.

“What you’re trying to do is reduce stress to the tree, so pruning, even when you have to, is adding stress because you are wounding the tree,” said Blevins. “If you’re pruning out live branches or live leaf areas of the tree, you’re removing food and the site where the tree’s root growth hormone is developed, affecting root growth and further stressing the tree at a time where it’s already too stressed.”

According to Blevins, the exception to pruning trees during drought is a completely dead branch or one that is a hazard to its surroundings.

Another common mistake that can be harmful to your trees during a drought is putting out fertilizer.

“Just generally applying fertilizers without knowing if there is a deficiency is a really bad idea,” said Blevins. “If there is not a nutrient deficiency then it’s not going to help anything and it can actually hurt things and make the tree worse.”

• Avoid watering during the heat of the day, when water will evaporate more quickly. Water between 7 p.m. and 8 a.m.

• Water should be applied to the entire area within the dripline under the crown of the tree.

• For all trees, it is important to minimize water contact with the trunk and lower leaves of the tree as water droplets can act as vectors for bacteria and other harmful diseases.