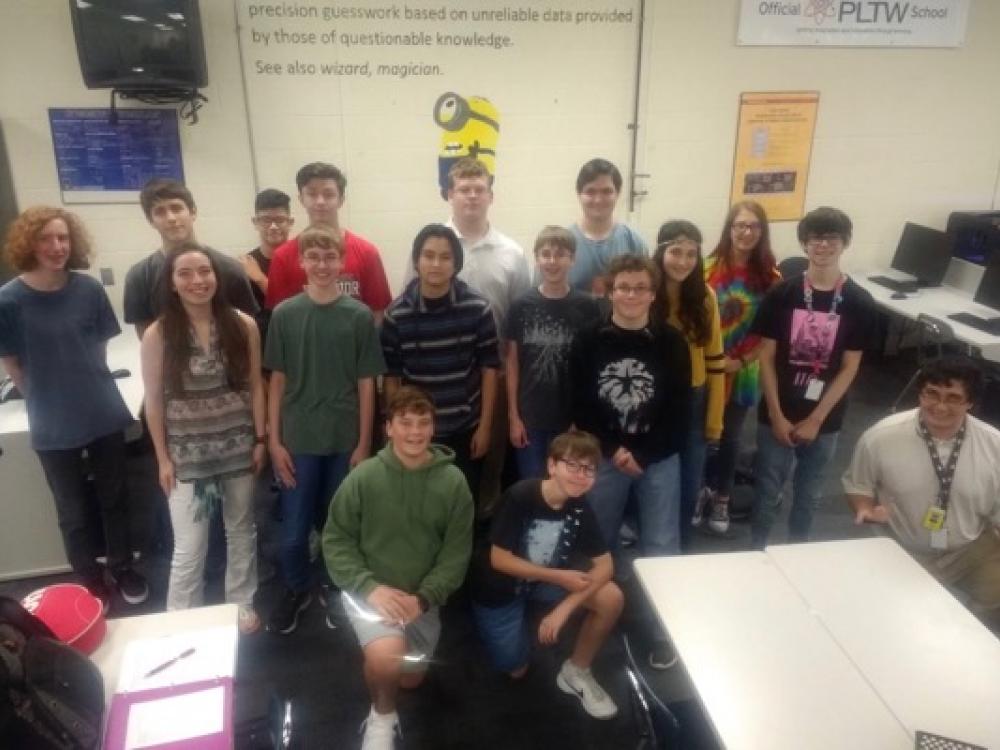 The Robotics Team at Martin High School in Arlington is competing in the Best Robotics competition. This year's theme is ocean sustainability​. Photo courtesy of Danny Kocurek.

This fall, North Texas students are exploring how robots can help clean up the ocean as part of a national competition.

BEST, which stands for “boosting engineering, science and technology,” is is a nonprofit, volunteer educational corporation based in Pittsburgh. It grew from a North Texas competition founded by two Texas Instruments engineers in 1993 wanting to spur interest in science and engineering careers. 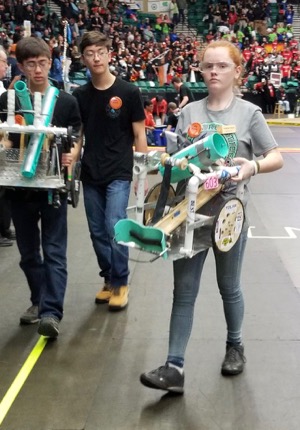 Today, the nonprofit hosts competitions across the U.S. as a way to engage students in STEM-based curricula and totally immerse students for six weeks in a serious topic that needs addressing.

The theme for this year’s competition is ocean sustainability, picked by BEST Robotics organizers as a pressing problem, which may be solved in part through the engineering creativity.

“This is an issue that our students should learn more about and realize that it's all of our responsibility to solve this problem,” said BEST Robotics executive director Rosemary Mendel.

In the six weeks since they accepted this challenge, North Texas teens have worked in teams, creating makeshift robots out of plywood, pipes, wire and a box of basic hardware, topped off with a standard robotic interface. The goal in mind: build a device that will dig the world out of the eight million metric tons of plastic trash that the Ocean Conservancy says are piled into the ocean every year. This staggering amount is on course in the next several years to weigh in at one pound of plastic trash for every three pounds of fish, strangling ocean life and threatening the human food chain at an alarming rate.

“This is an issue that our students should learn more about and realize that it's all of our responsibility to solve this problem.” - BEST Robotics executive director Rosemary Mendel.

With robotic creations designed to scoop up and sort out plastic bottles while excluding toy representations of wildlife in a simulated aquatic environment that’s been set up to test their work, the teams will go up against each other in matches held all over the state as they vie for the chance to claim the state champions title in the BEST Robotics statewide competition later this year.

“So, as part of our helping them understand the theme each year, we have an online program called BEST-ology,” said Mendel. “And we provide links and brief lessons and curriculum that they and their teachers can review throughout the spring and summer, so that they're prepared to really understand the theme. [We’ve provided] links to organizations that are addressing this challenge across the world, and challenge them to look at how recycling is done in their communities to understand the importance of all bodies of water.” 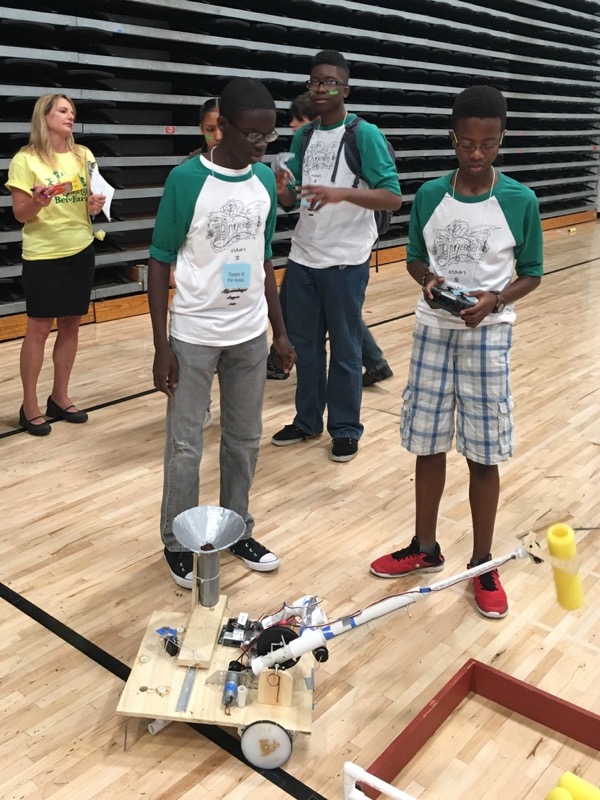 Past themes for the competition have included firefighting and rescue, DNA repair, mining and farming. The contest exposes students to how these industries can be changed for the better by stimulating imaginations and scientific know-how.

“Obviously, not everyone lives near the ocean," said Mendel about this year's theme. "So, maybe we aren’t all as painfully aware of the impact that plastics are having on the oceans, but [we're] helping students to understand that it's not just the ocean - that we need to protect all of our waterways and to help them engage in their own community.”

Through the competition, the message will reach more than 25,000 students in nearly 1,000 schools.

In Arlington, Martin High School sophomore and robotics team member Benjamin Kocurek has come to fully understand the theme and appreciate the gravity of the problem.

“Everyday in one way or another, people produce trash, and it is very important that this trash is disposed of properly; otherwise it will often end up in the ocean,” said Kocurek.

The sentiment is reciprocated at rival school Lamar High, also in Arlington.

“The theme of this year’s competition is important to me because I’ve always cared about what will happen to the world my children have to live in,” said Lamar sophomore robotics team member Cleo Chiu. “I believe that we should all try to make a difference and reduce the amount of waste and plastic we produce. Not saving the ocean means that you are leaving the future generations a polluted world with a lack of biodiversity in nature.”

"Not saving the ocean means that you are leaving the future generations a polluted world with a lack of biodiversity in nature.” -Lamar sophomore robotics team member Cleo Chiu

In addition to building their robot, students compete for the BEST Award, said Mendel.

For that, students must maintain an engineering notebook, create a marketing presentation and a trade show exhibit within that industry theme. They also write a brief research paper.

“So, we want to give them a real world experience about that particular industry,” Mendel said. “And we want them to go beyond the challenge that we're giving them with a robot to achieve. We want them to learn something about that industry, to pique their interest, and to help them understand the kinds of technology jobs that are available in that industry.”