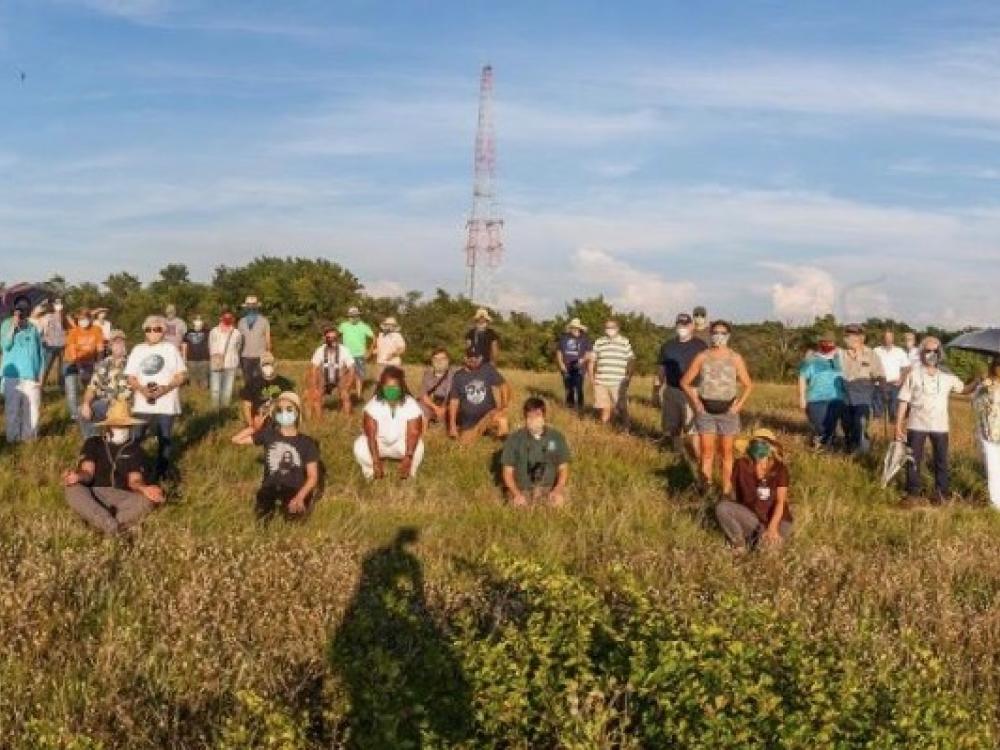 The hill-top property next to I-30 is now officially part of Tandy Hills Natural Area. Photo by Scott Carson Ausburn.

Prairie lovers donned face masks and emerged from quarantine to celebrate the expansion of a popular prairie park in Fort Worth last week.

The ceremony was held atop Broadcast Hill, a mostly undisturbed indigenous prairie parcel on Fort Worth’s east side. Around 60 supporters attended the event, officially marking the property’s addition to the adjoining Tandy Hills Natural Area.

For nature lovers and nature, it was a boon. The merging of the two properties has yielded a 210-acre greenspace near the middle of town that is home to at least 1,300 plant and animal species.

Members of the Friends of Tandy Hills Natural Area have been fighting since 2004 to preserve the 52-acre Broadcast Hill parcel, so named because of the TV- and radio-transmission array perched on its summit. Last week, the years of hard work officially paid off when the city’s recent acquisition of the property was formalized during a ceremony at the site itself.

Broadcast Hill land acquisition by City of Fort Worth celebration

Watch a video of the ceremony held on June 25. Courtesy of Philip Hennen.

“Thank you to city staff for hearing us and taking all of those emails and those phone calls, and really taking a look at this property and realizing that it’s a great addition to the City of Fort Worth,” said District 8 City Councilwoman Kelly Allen Gray, who represents the city’s East Side. “My heart is just simply overjoyed that our community came together to make this happen.”

For a few who have labored over the years to save the acreage from commercialization, ties to Broadcast Hill stretch back to the middle of the 20th century. Friends of Tandy Hills president and co-founder Don Young recalled one special day in his youth when WBAP-TV (now KXAS) occupied the site.

“I first set foot on this exact spot when I was five years old, when WBAP-TV sponsored The Lone Ranger [TV show],” Young said during the dedication ceremony. “He came driving up in a Cadillac in a whirl of dust, jumped out of his car with both guns twirling and handed out silver bullets to all the kids.” 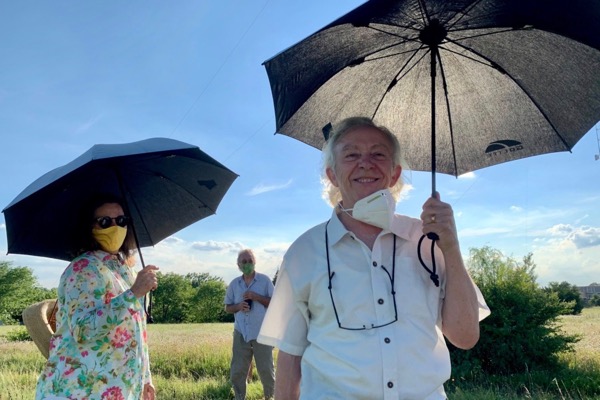 Don Young, right, and Debora Young, left, led the efforts over the years to save Broadcast Hill and make it part of Tandy Hills Natural Area. Photo by Kim Conrow.

Friends board member Jim Marshall added his account of youthful indiscretion that transpired on the property several years later.

“There are several of us here who graduated from Eastern Hills High School, and in 1967 some of our crazy classmates climbed to the top of that (1,627-foot) tower with a bedsheet that had EHHS on it” which was then unfurled for all to see, Marshall said, pointing to the antenna’s lofty pinnacle as the assembled crowd whooped and gasped.

Since those zany times, the television station vacated the property, Chesapeake Energy Corp. acquired it with the intention of drilling for natural gas, and the French oil and gas giant Total purchased it from Chesapeake for the same purpose. Finally, with neither drilling nor much of anything else ever having occurred on the site, the City of Fort Worth bought it from Total earlier this year for $610,000, with organizational and financial help from the Friends of Tandy Hills. 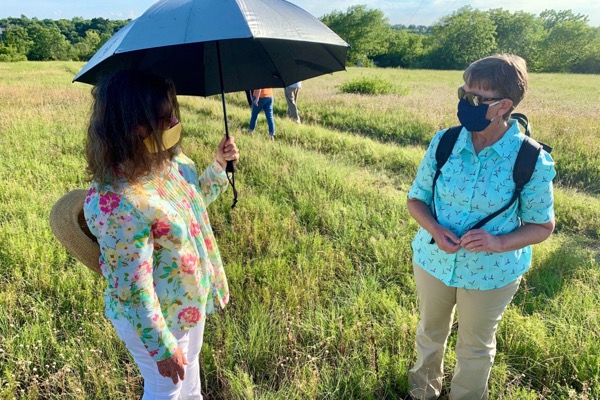 Debora Young, left, talks to Suzanne Tuttle, the former director of the Fort Worth Nature Center, who spoke at the ceremony. Photo by Kim Conrow.

Late in 2019, the city announced a new Open Space Preservation Program in partnership with the nonprofit Trust for Public Land, a move seen as improving the city’s chances of snapping up Broadcast Hill before developers struck first and turned it into a housing subdivision. Friends of Tandy Hills rushed to solicit donations to help the city with the acquisition, eventually raising about $64,000. On March 3, the Fort Worth City Council unanimously approved the purchase.

In the coming months, the Fort Worth Park & Recreation Department will work jointly with the Friends group to design and build a new trail system, clean out invasive plant species and develop educational programs. Meanwhile, both sections of the park are open to the public for walking and hiking.

But you don’t even need to be inside the park to appreciate it, Jim Marshall noted.

“As you drive in and approach a lot of large cities, what you see is industrialization and urban sprawl and concrete. Fort Worth has been fortunate to have a green entryway on I-30 from the east, with Gateway Park on the north and Tandy Hills on the south. Now, with the acquisition of Broadcast Hill, the city is able to enlarge that green welcome mat and preserve it for the future,” he said.

The preservation of Broadcast Hill would not have happened without a collective, hardheaded dedication to the cause, said Suzanne Tuttle, retired Fort Worth Nature Center & Refuge Director. 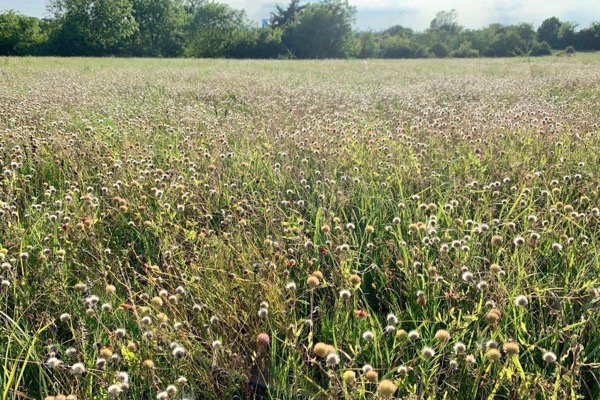 “Perseverance got us to this point. Perseverance is going to carry us through. This is not an end point. This is not the finish line,” Tuttle said. “We’ve reached a goal, and we have a lot more goals to attain. And perseverance also means taking care of what we have. We all need to band together and take care of properties like this, and show our leaders that this is the kind of thing we think is important to prioritize going forward.”

For the harried human being, the peace of a natural setting nestled in the middle of a bustling city can serve to meet a recurring need to step back from distractions, deadlines and the unnerving 24-hour news cycle, said Sam Kieschnick, a Texas Parks and Wildlife urban biologist who spoke at the dedication.

“During the pandemic and during the chaos we experience, we listen to the tweets of the birds, and we listen to some of their messages,” said Kieschnick. “And, if for just a moment, we can escape out here. It’s a wonderful, wonderful place to be.”

Prairie advocates race to save 'Broadcast Hill' in Fort Worth