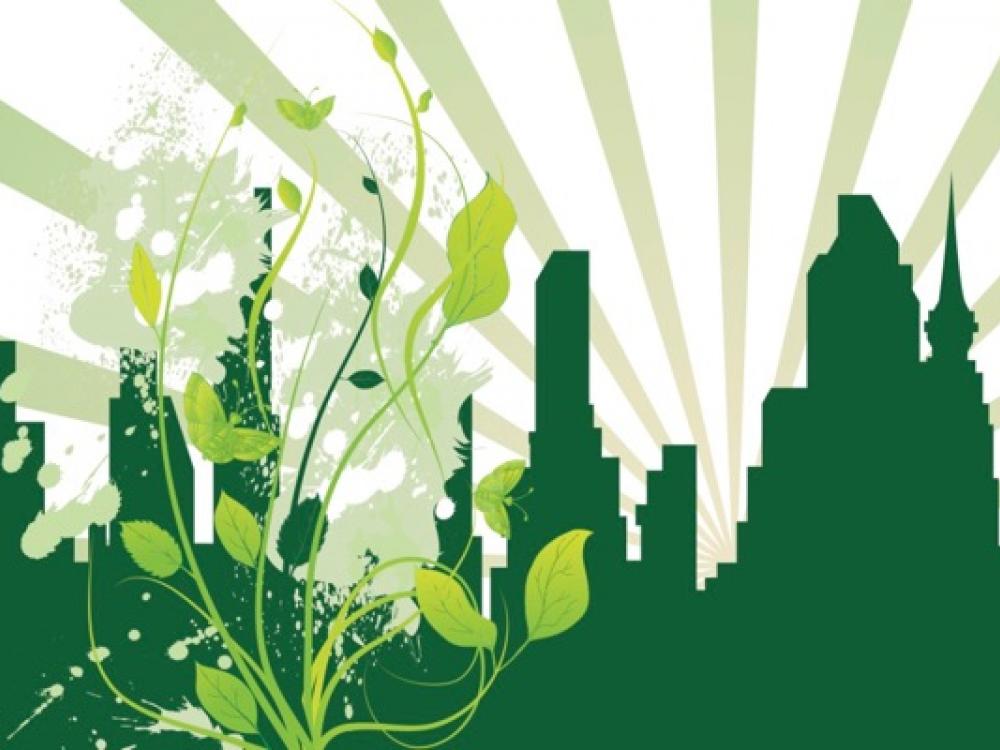 Dallas’ climate action plan is well underway, aiming for passage in time for the 50th anniversary of Earth Day in 2020.

That’s according to James McGuire, director of the city’s Office of Environmental Quality and Sustainability, during a recent interview with Green Source DFW at Dallas City Hall.

McGuire is responsible for guiding the climate plan, along with related efforts such as the zero waste and water conservation plans and air quality programs - as part of general environmental and regulatory oversight, collaborating across City departments.

Dallas’ climate action plan will put it alongside Austin, which adopted its plan in 2015, with comprehensive strategies to mitigate climate disruption and adaptations to help the community cope with its effects. These city efforts aim to fill the vacuum left by inaction at the federal and state levels.

Dallas’ Comprehensive Environmental and Climate Action Plan got its first official consideration during Dallas’ fall 2018 budget process. Funding by City Council was recommended unanimously by the Council’s Quality of Life committee at a September hearing.

Then on Jan. 23, the council as a whole unanimously approved a consulting contract with AECOM, developers of climate plans for Mexico City and Los Angeles. Those cities’ staggering CO2 levels and pollution are well-known.

“Once AECOM was on board, we gave them climate-change actions from across city departments,” said McGuire.

AECOM reviewed current City plans and policies and identified over 400 related actions that were already underway in various departments.

“Those included the bike plan, green space plan, the Resilient Dallas plan, the long-range water supply plan through 2070 and the city’s transportation mobility plan," he noted.

The Dallas effort teams up the city’s Office of Environmental Quality and Sustainability, AECOM, a stakeholder advisory committee, interested residents, organizations and an internal environmental planning task force to coordinate among climate planning and all those other plans.

“You don’t have to be on a committee to give input and be involved,” McGuire affirmed.

“We aim to finalize the plan for City Council consideration and approval in early 2020 - in time to launch the plan on Earth Day 2020, at EarthX,” he said.

“Next year will be the 50th anniversary of Earth Day’s founding in 1970, so it’s a big anniversary - a great time to launch climate solutions in Dallas,” he said, smiling.

Climate action can offer real public benefits, given that Texas sits in the nation’s bulls-eye for extreme heat, drought, increasingly severe storms and other fallout from rising levels of atmospheric carbon dioxide and other heat-trapping gases.

Texas has the highest greenhouse gas emissions of any state in the U.S.

North Texas, one of the state’s historically hot regions, is at particular risk, because cities are further warmed by the “urban heat island” effect. That’s from causes including thousands of acres of pavement and buildings, loss of trees to development and heating by vehicle and HVAC exhaust.

Bleak as that may sound, climate science experts who made North Texas appearances in the past year, such as Dr. Katharine Hayhoe, director of the Climate Science Center of Texas Tech University, and climate action advocates such as Citizens Climate Lobby, maintain that the climate crisis is solvable by immediate, available means.

With the consulting contract awarded, numerous organizations already vocal about the climate crisis on behalf of neighborhoods, environmental protection, education and public health stepped up their support. Leaders in three arenas were tapped by OEQS to form a stakeholder advisory committee: Trammell S. Crow, businessman-philanthropist and founder of EarthX; Rita Beving of national consumer advocacy group Public Citizen, who’d been advocating on climate at City Hall for a year; and Meghna Tare, Chief Sustainability Officer of University of Texas at Arlington. They recommended participants comprising a cross-section of residents from education, public health, neighborhood and environmental advocacy, housing, urban agriculture, public agencies and large and small business interests.

“We sat down together with our lists,” said Beving, “and saw that we’d each recommended people from across the board as well as in our own field.”

They arrived at 30 members total.

OEQS also solicited community input by hosting six public meetings, taking a public survey and responding to invitations from, according to McGuire, some 30 to 40 groups, giving presentations at their regular meetings.

“Some of them were Stonewall Democrats, the business community and the Dallas Regional Chamber of Commerce,” he said.

Those involved in the plan’s development are on target to complete drafts of the plan’s actions over the summer, McGuire said. In August, the draft plan goes for review by the stakeholder advisory committee, and in September it will be shopped around the community for feedback.

In total, more than 1,200 residents completed the initial climate survey and added some 3,300 additional personal comments.

“People said, ‘I want to get to work and not be the only one in my car’ and ‘I’d love to be on mass transit, not looking for a parking lot,” McGuire reported.

Food insecurity and food deserts “that have no grocery stores and no nutritious food within 10 minutes of residents” are also big concerns.

“Community engagement is so critical,” he emphasized. “People have to want to engage with the climate action plan for it to work. That means that we need to know what the community wants from day one…We have to have a diverse, equitable process, leaving out no public interests.”

Expanding the reach of these efforts into the community wherever people meet is critical, say several stakeholder advisory committee members who are forming a squad to do that. Corey Troiani, North Texas director of Texas Campaign for the Environment, said he “absolutely” will participate.

“I made the recommendation. Based on TCE’s years of experience with canvassing residents door-to-door, we have a lot of ideas for effective public outreach.”

McGuire said these are big issues that will affect us for years and decades.

“Number one is water supply and quality. Our reservoirs are now at 100 percent, so this is a time when we need to focus and plan for drought. That’s a climate change scenario, longer droughts. Without adequate water available, we can’t support economic growth,” not to mention residents’ wellbeing.

“Number two is regional air quality. That’s multi-faceted, it is so interlinked with other issues. We have too many single drivers, too many fleets needing conversion to electric vehicles but not enough charging stations. If we can be a city that gets transportation mobility and air quality right, that will be huge.”

“Better, smarter, greener buildings are critical to our energy use, too…multi-family housing needs to be zero-emission.”

“The best science available says we have to get as close as possible to zero emissions by 2045 to 2050, to avoid the most severe effects of climate change.”

It’s a big goal that will take strong collaboration by the numerous people and interests that CECAP has attracted. It will require engaging people in their day-to-day lives and connecting the dots that few people other than climate scientists see. The dots that connect climate disruption to every area of life.

As well as that sky-level vision, climate recovery will call for a unity of purpose across the city that Dallas has rarely displayed - for arguably the biggest challenge in its history.