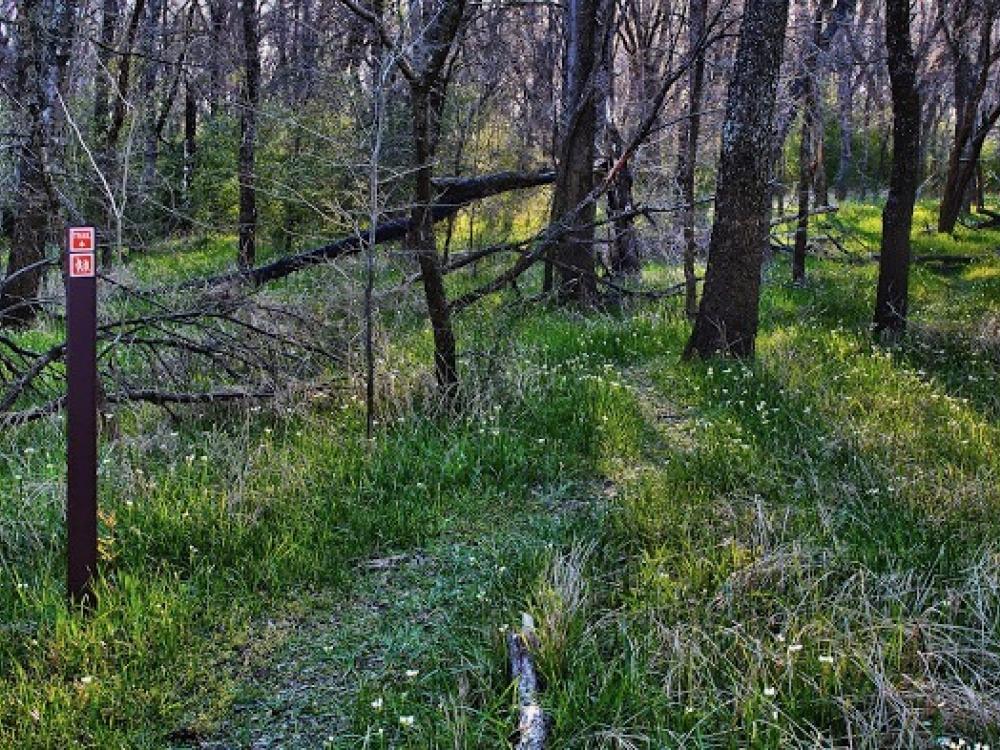 The Texas Buckeye Trail was renamed the Ned and Genie Fritz Trail by the Dallas City Council earlier this month. Photo courtesy of Ben Sandifer.

A hiking trail in Dallas now bears the name of a couple who blazed many trails in the environmental movement in North Texas.

On June 12, the Dallas City Council voted to rename the one-mile Texas Buckeye Trail, which provides access from the trailhead at 7000 Bexar Street to the beauty of the flora and fauna of the Great Trinity Forest. Going forward it will be called the Ned and Genie Fritz Texas Buckeye Trail. 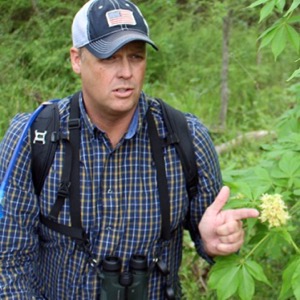 Ben Sandifer, a North Texas Master Naturalist who was named the 2015 Green Source DFW Volunteer of the Year for his work advocating for the Great Trinity Forest, often leads hikes along the trail. He’s developed stout admiration for Ned and Genie Fritz and says the renaming of the trail is a fitting tribute to two people who’ve improved the lives of millions of Dallas area residents who breathe cleaner air and have access to a gorgeous forest ecosystem because of their work. 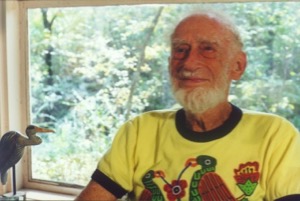 Ned Fritz was recorded in 2000 for the Texas Legacy project, an effort to document the history of the environmental movement in Texas.

Ned Fritz, who died in 2008 at age 92, began his career as a consumer attorney working to protect people from corporate exploitation, predatory lending practices and racial discrimination and later took up the cause of environmental law, says Sandifer. Genie Fritz was a board member of the League of Women Voters and president of the Dallas chapter, as well as president of the Greater Dallas Housing Opportunity and a board member of the Tejas Council of Girl Scouts.

Perhaps the most tangible outcome of their work is the existence of the Great Trinity Forest itself. Sandifer says if not for their intervention, the Trinity River would have been denuded of all greenery and built into a huge, commercial shipping canal. 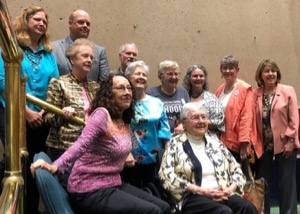 Genie Fritz, seated, is surrounded by supporters following the renaming of the trail in her honor.

All told, Ned and Genie Fritz brought about the protection of hundreds of thousands of acres of natural landscape in Texas, leading to the creation of five wilderness areas throughout the state which ensured that the species that live on the land had ample habitat to thrive as well.

“Ned and Genie were instrumental in not only protecting the riparian bottomland and habitat, which is now known as a Great Trinity Forest, but also they were forward-thinking enough to see how a number of different parcels of land could be cobbled together and formed into a cohesive 6,000 to 10,000 acres of greenbelt space, right here in the heart of the Metroplex.” 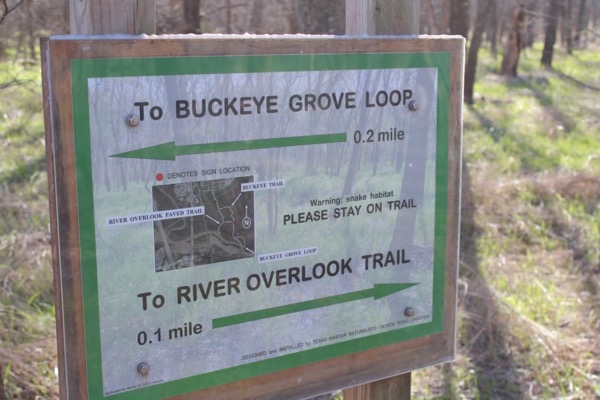 Additionally, Ned and Genie Fritz bought acreage along the Trinity River as it runs through Dallas, Ellis and Kaufman Counties in order to have standing in court whenever legislation should arise that affected the river. One parcel of land located where the three counties meet became a nature preserve under the stewardship of the Dallas Audubon Society, Sandifer says.

“Ned Fritz founded that Dallas Audubon Society. He was a leader in founding or co-founding many different conservation associations in Texas. He received the Teddy Roosevelt award from the president of the United States, George H.W. Bush. Genie Fritz has been given a number of accolades herself for her work with the League of Women Voters. They were both very active civically, just not only on a granular level at the municipal government but on the state and federal level as well,” Sandifer says.

Ned and Genie Fritz also co-founded the Texas Land Conservancy, the Texas Conservation Alliance, which was formerly the Texas Committee on Natural Resources, and through their conservation efforts brought protection to the East Texas habitat for the Red-Cockaded Woodpecker, a cardinal sized bird whose numbers have been decimated by commercial timber production.

“And what he basically did was one of the first big actions in the United States to stop clear-cutting of our forests. And he is the reason why Big Thicket [National Preserve] is preserved today,” Sandifer adds.

Even with a prolific career and numerous accomplishments that took countless hours of work and what may be described as devotion to keeping Texas wilderness alive and well, Ned Fritz still found time to lead hikes into the forest he loved and acquainted numerous North Texans with the beauty of the Texas Buckeye trees that flowered deep within the green space each spring. The path he followed became known as the Texas Buckeye Trail, and now by the action of the Dallas City Council will be known as the Ned and Genie Fritz Texas Buckeye Trail. 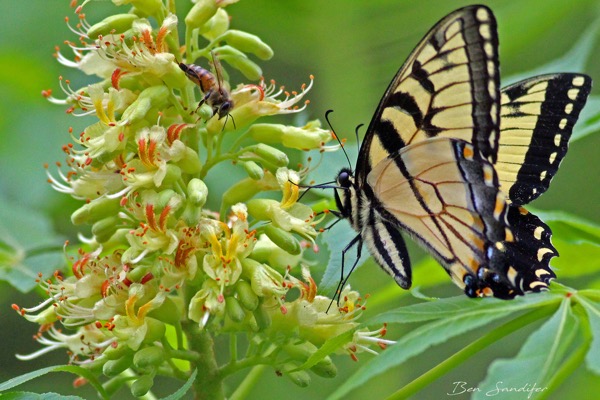 The trail itself is a mile-long excursion into the Great Trinity Forest, maintained by the North Texas Master Naturalists and described on the City of Dallas’ Trinity Corridor page on the city”s municipal website as having “interesting turns to the trail and arbors made of branches and other native materials. This portion of the trail ends at a stand of impressive Texas buckeye trees and a nice view of the meandering river. In addition, there is a new concrete trail to take visitors to an overlook ... slightly to the west of the Texas buckeye stand. There are large boulders for seating areas along this trail and an impressive canopy of old growth trees plus adequate signage to take hikers to the river.” 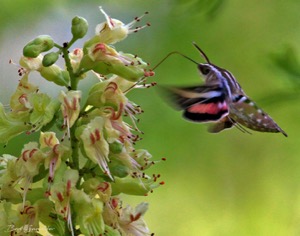 Sandifer says the Texas Buckeye trees that serve as a destination for the trail are rare for this part of Texas.

“And there's a small grove of trees a couple acres in size along the banks of the river that bloom in March. And every year for a number of years since the early ‘70s. [Ned Fritz] took the public on hikes down to this area and his spirit lives on through a lot of people who now lead and guide hikes down the Great Trinity Forest. It’s a natural soft surface trail. It's usually where most people that have never been in the Great Trinity Forest before get to experience the Great Trinity Forest for the first time. There are a lot of interesting plant and tree species down there which provide an excellent educational opportunities for school children and adults alike.”

Sandifer says he had a chance to meet Genie Fritz at the council meeting that addressed the trail’s renaming. At age 95, she was welcomed by a standing ovation from all who attended the meeting and received praise for her work and the advocacy of her late husband. Sandifer says he’s inspired by the two and sees them as role models whose dedication should motivate all who want to leave the planet better off than they found it.

“Looking back to when they were at the heyday of their environmental work, what they did back then really is paying dividends for us now,” Sandifer said. “And it's important for current Texans and current Dallasites to understand and realize that the Fritz's were the pioneers that laid the path for us, and it's for us to continue to walk that path - we need to work hard now, today, and tomorrow and into the future next week, next year, the next decade to preserve and protect what they worked so hard to do.”