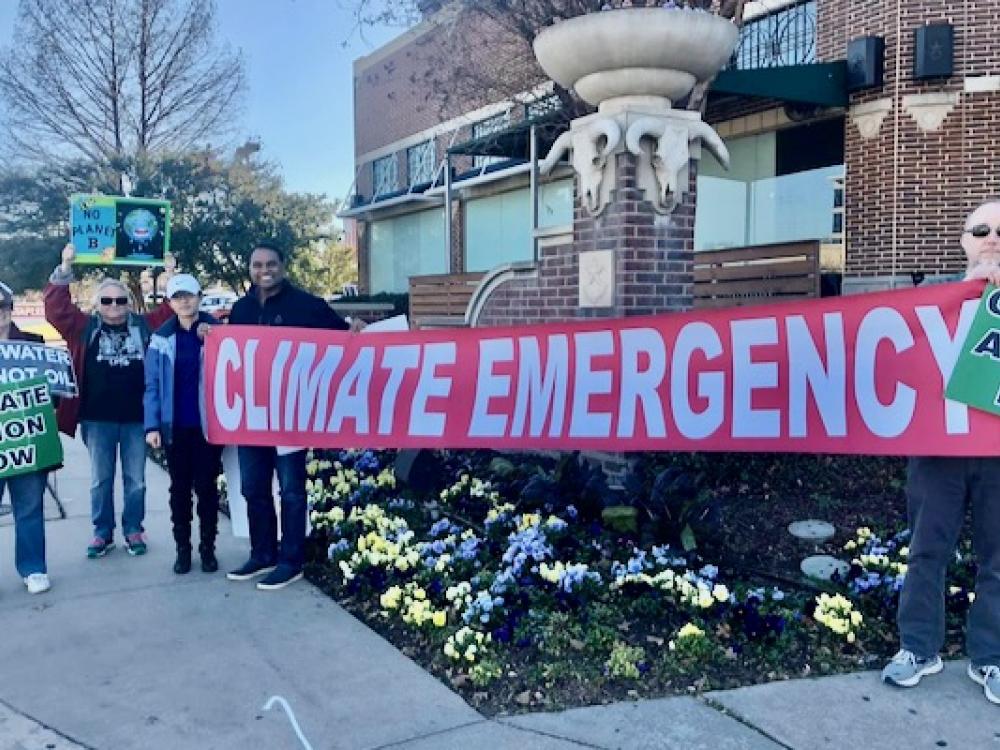 During the quarantine, many people have used the extra time at home to start a garden, catch up on reading or experiment with baking. But when some Tarrant County activists had to shelve their weekly climate protests, they hatched a plan to school local residents about climate change.

As a result, the Fort Worth chapter of 350.org kicks off this week with its first virtual meeting on Thursday, July 16, at 7 p.m. on Zoom.

Headquartered in Oakland, Calif., 350.org is an international organization founded in 2008 by climate activist Bill McKibben and friends. 350 was named after 350 parts per million - the safe concentration of carbon dioxide in the atmosphere. 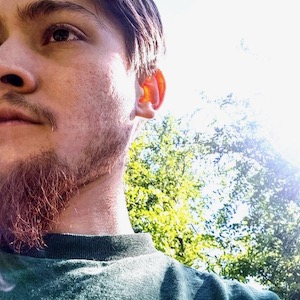 Chay Creswell is the president of the new 350.org Fort Worth group. Courtesy of Chay Creswell.

Chay Creswell and John MacFarlane will serve as the president and vice president of 350.org FortWorth.

MacFarlane said the new group grew out of weekly climate strikes that were hosted by a coalition of volunteers in Fort Worth.

They starting holding the protests as part of the nationwide Climate Strike last September. They continued hosting them weekly through the end of last year and into 2020 until the coronavirus hit in March.

MacFarlane said the coalition drew a core group of about 30 people, with as many as 200 protesters showing up on some days.

Both MacFarlane and Creswell said they saw a need for a Tarrant County group that focused solely on climate change and its many facets. The Sierra Club often takes on global warming but its outreach extends beyond to a variety of issues involving the natural environment. Conversly, Citizens Climate Lobby has multiple chapters in DFW, but they saw its focus - which is primarily on lobbying for a carbon tax - as too narrow.

“I wanted to join [350.org] because they're really working on an international scale," said Creswell. "They’re a very good source of climate science. There’s more of a focus on climate change and what has to change from a societal standpoint.”

For now the 350.org Fort Worth meetings will be held virtually. Which is fine with Creswell, who says it gives them more options.

“It makes it a lot easier to get speakers and it can be streamed on multiple platforms,” he said.

Plus they can draw from a wider geographic pool for both speakers and participants.

For now, their mission is to educate the public on global warming.

The first guest speaker is Bruce Melton, the Austin-based director of the Climate Change Now Initiative and active Sierra Club member. Melton founded his nonprofit in 2005 to raise awareness about climate change through articles, photographs and films.

Molly Rooke, who is a co-leader of 350 Dallas, says she’s happy that another chapter of the international group has popped up in North Texas.

“I’m excited and glad that there is a new local 350.org group starting in Fort Worth,” said Rooke, who has worked on 350.org campaigns since 2008.

She said the 350Dallas group has mainly been active in leadership roles at rallies, protests and events in Dallas. They’ve also worked behind the scenes on climate policy, including on the City of Dallas’ climate action plan and Dallas ISD’s climate policy, both of which are still ongoing.

“I look forward to collaboration with the Fort Worth 350.org group, building support for urgent climate action and making it happen locally.”

About: The new Fort Worth chapter of the international environmental organization launches. Guest speaker is Bruce Melton, an Austin-based climate activist and founder of the Climate Change Now Initiative.

Dallas and Fort Worth ISDs take steps to address climate