Some North Texas campuses are in the top tier among state universities when it comes to recycling. Dallas County Community College District's Richland College of Dallas won third place at RecycleMania, among participating Texas universities in the “Per Capita Classic,” recycling nearly 16 pounds per person. 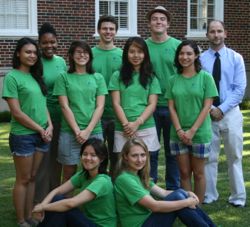 Meanwhile, SMU ranked fourth overall and second among Texas private universities in the per capita category, recycling an average of almost 13 pounds of waste per person during February and March.

RecycleMania is a friendly competition and benchmarking tool for college and university recycling programs to promote waste reduction activities to their campus communities. Over an eight-week period each spring, colleges across the United States and Canada report the amount of recycling and trash they collect and are ranked in various categories based on who recycles the most.

“We think the RecycleMania competition is very important, because it’s important for SMU to be a good citizen in the community and because it’s a great way to teach our students lifelong recycling habits,” said Bonnie Jacobs, chair of the SMU Sustainability Committee.

The University of Texas Medical Branch won the statewide per capita competition with 24.3 pounds of recycled material per person, followed by Baylor College of Medicine in second place with 16.7 pounds per person. 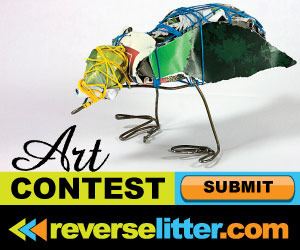 Help curb litter then turn it into art -- you might earn some cash for it. The recycled art contest is sponsored by the Reverse Litter program, a campaign aimed at reducing litter in North Texas.

To enter the contest, take the Ten on Tuesday pledge to commit to picking up 10 pieces of trash every Tuesday. Then turn some of that trash into a work of art. Post a photo of the artwork on the Reverse Litter Facebook page.

The anti-littering program program, launched in November, is a partnership of the Tarrant Regional Water District and the cities of Dallas, Fort Worth, Arlington, Denton, Grand Prairie and Mansfield. The campaign aims to educate the public on how litter eventually ends up in rivers, creeks and lakes, including those that supply our drinking water.

According to spokesperson Chad Lorance, North Texas cities and agencies spend about $23 million a year to clean up litter.

“We want to increase awareness about how important this issue is," he said. "No matter how trash ends up on the ground, it eventually ends up in our water sources.”

ON THE WEB: Get some inspiration for your art work from “The Recycled Orchestra,” a group of children from a Paraguayan slum who play instruments made entirely of garbage. Landfill Harmonic is the film about them.