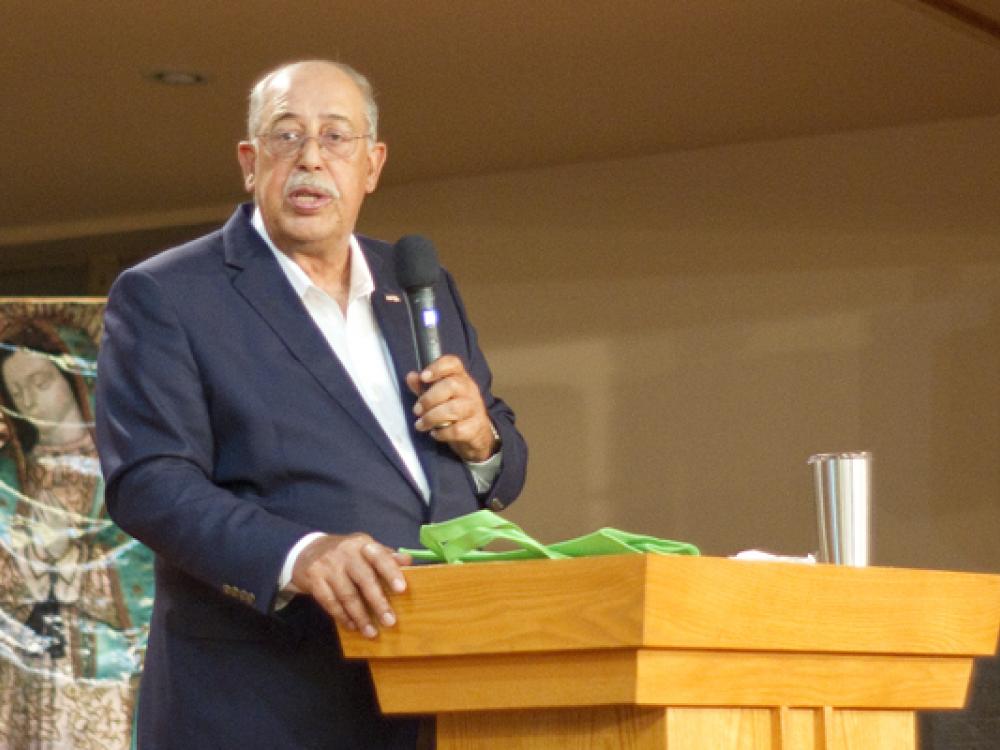 A 40-year army veteran who took up fighting environmental injustice after retirement came to Dallas last week to give North Texas environmentalists a pep talk.

Lt. Gen. Russel Honoré, an international expert on emergency preparedness who gained fame after rescuing post-Katrina New Orleans, was invited for the three-day listening tour by the Environmental Justice Network of Dallas.

Last week, Honoré met with local community leaders and toured toxic sites in South Dallas with a busload of activists. He capped his visit with an hour-long public talk to a packed sanctuary at Holy Cross Catholic Church in Dallas on Friday.

His speech entitled “We Must Save Mother Earth,” was a mixture of eloquence, bluntness and southern wryness.

According to Honoré, the damage we’ve done to the Earth over the last hundred years, was done first out of ignorance and then out of greed.

“We’ve gone from a position of ignorance to a position of stupidity,” said the author of Don't Get Stuck on Stupid, using his trademark catchphrase.

“I do think this generation that’s sitting here tonight - our war, our Vietnam, is to save Mother Earth.”

Back in his home state of Louisiana, Gen. Honoré is known for founding "The Green Army," a coalition of community members, activists and civic leaders, who joined forces to fight environment destruction plaguing the Gulf Coast state. 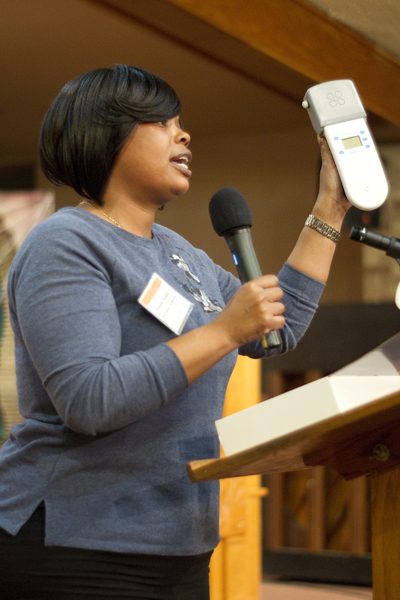 Temeckia Derrough, president of the Joppa Freedman’s Town Association, holds up an air monitor while talking about her fight against polluting industries in Joppa. She spoke before Gen. Honoré's presentation. Photo by Karl Thibodeaux.

While Honoré had harsh words for greedy pollutors and politicians, he dished praise on North Texas, which he said has the potential to right its environmental wrongs.

Of the Green New Deal, Honoré said: "The idea is good but if you would were to switch tomorrow to the Green Deal, the big damage has already been done.

"The first phase of the Green Deal should be how do we clean up that Dead Zone up off the Gulf of Mexico, how do we make our citizens right who were sick [from the BP oil spill]; how do we start to heal our aquifers? How do we make sure in America that water is a human right? How can we sit here today and say ‘This town don’t have water?” You know what that should be? A state emergency,” said Honoré, with irony on the same day that President Trump declared a national emergency at the border in Texas.

The evening ended with an audience member asking Honoré how to get started tackling ongoing problems. He said the first step is getting people to recognize that there’s a problem, then getting them to commit to fixing it.

“Because when we get to the fixing part, it’s opportunities and more jobs.”

“I was struck by how within his Green Army, everybody is different but they’re all in accord to fight climate change, to fight climate pollution,” she said. “We have to put our egos aside to save our earth, our atmosphere, our water. Pollution makes us all equal.” 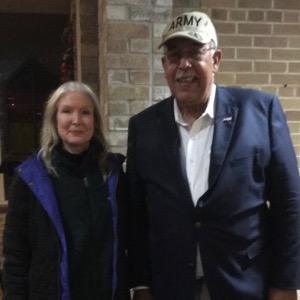 "What I got out of Lt. General Honore's comments that seemed most important was that we all need to work together to clean up pollution, especially in the poor neighborhoods with a long history of being neglected or taken advantage of as dumping grounds."

She also agreed with Honoré's call to double down on elected officials and policymakers to make sure these areas get cleaned up and the policies and practices that allowed it to happen are replaced.

“If not, the ‘profits over people’ way of doing business and the injustices it causes will continue, and that's not acceptable.”