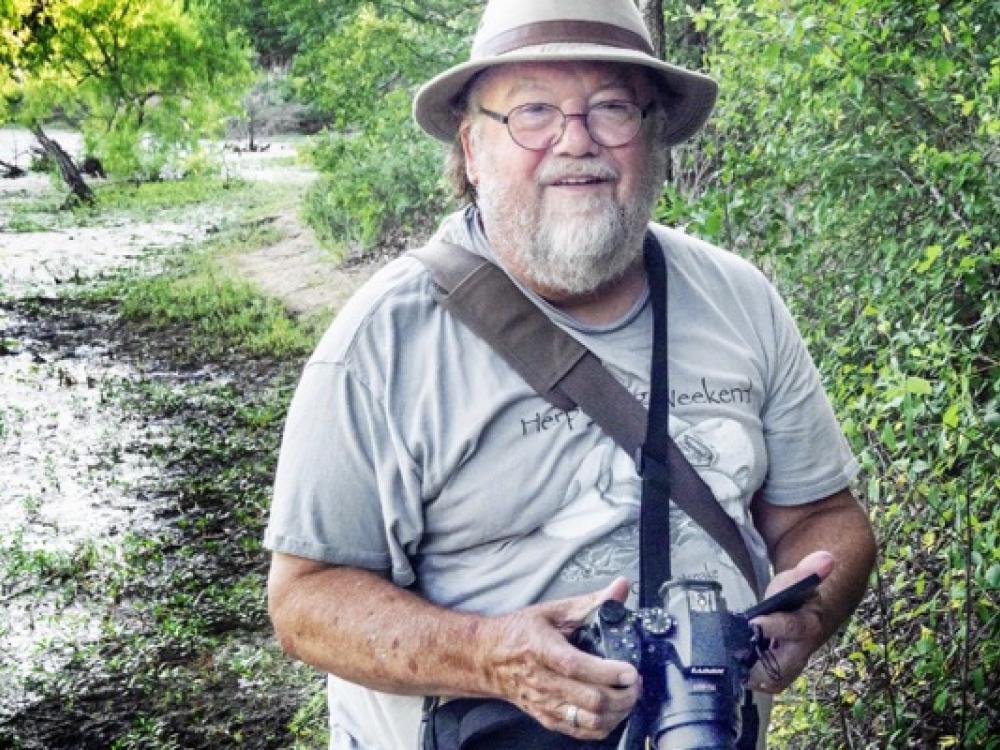 Michael Smith's herpetology guide for teens is coming out in October. Photo by J.G. Domke.

Wandering around outside as an eight-year-old boy, Michael Smith was curious about a hole in the ground. He decided to stick his hand in, to see where it went. He felt something and when he pulled out his hand, found he was holding a large, hairy spider - a tarantula! He screamed, shook it off and ran to Mom.

To this day, the 68-year-old Arlington resident admits he is not fond of spiders. But he came to love another critter that makes most people jump  - snakes. 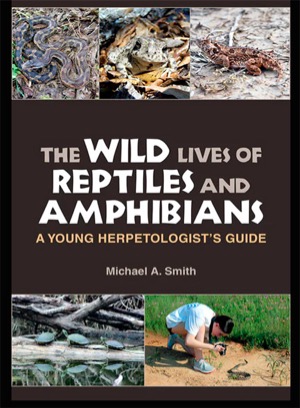 The herpetological guide for teens is due out in October. Courtesy of Texas A&M Press.

Soon, he'll be leading like-minded teens down the path to becoming reptile experts like himself, with the release of his new book by Texas A&M Press, The Wild Lives of Reptiles and Amphibians: A Young Herpetologists Guide.

As a boy, Smith loved searching for and capturing lizards and snakes. When his family moved to Fort Worth, his parents signed him up for the summer nature history program at the Fort Worth Children’s Museum (now the Fort Worth Museum of Science and History. He poured over the descriptions of various snakes, finding out what they ate, where they lived. He couldn’t get enough of it. His father dropped him off every day at the museum on his way to work, then picked him up on his way home.

“That’s extreme nerdism, but it was a great place,“ he remembers. “Going out in the field and observing the wildlife, recording what you’ve seen was the most fun.”

He took field trips to Palo Duro Canyon and Central Texas to observe nature along the rivers.

When the family moved to Corpus Christi when he was 13 years old, the Fort Worth museum even phoned ahead to tell the Corpus Christi Museum of Science and History to be on the lookout for him. Smith still remembers going on field trips to the seashore, to South Padre Island and wandering around the dunes.

“I found a Diamond Back rattlesnake that we collected for the museum,” he says.

As an adult, Smith chose psychology as a career - he became a licensed therapist. But his interest in reptiles continued as a sideline.

A herpetological club already existed in Fort Worth. But Smith says members were mostly interested in “pet stuff” like boa constrictors or bearded dragons and how to keep them in captivity.

So along with Steve Campbell, who was working for the Texas Parks and Wildlife Department, he cofounded the Dallas-Fort Worth Herpetological Society in 2000.

“He was a longtime herp guy and we wanted to emphasize the role of reptiles and amphibians in the wild, in nature,” says Smith. “We wanted to promote getting out in the field.”

Smith even wrote a newsletter that was emailed to members.

“I’ve seen him turn an attitude of  ‘the only good snake is a dead snake’ into an appreciation of the value and beauty of these creatures,” says Dr. Neil Ford, retired biology professor at UT Tyler.

Then some of the members wanted to “broaden out our base” Smith says, creating along with other organizations, the Box Turtle Partnership of Texas to protect box turtles found in state parks and in the wild from poachers capturing them for the pet trade.

“They were throwing them in baskets and only earning enough to get beer money.”

BIRTH OF AN AUTHOR

Taking advantage of the internet, Smith along with another club member, Clint King, started self-publishing in 2000. The charged $5 a year to download their quarterly journal, Texas Field Notes.

“We’d go up to Guadalupe Mountains and spend some time there,” he remembers.

Then they’d both write about what they saw.

“He’s a good herper and also into bugs,” says Smith, remembering King. “He wrote about weird stuff that was out there, like vinegaroons,” an arthropod with two large claws.

They tried to combine natural history along with their traveling experience around Texas. It turned out to be not very profitable so they stopped publishing in 2015. 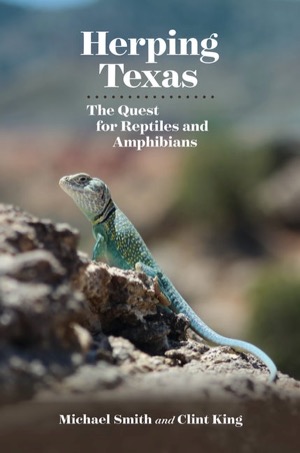 “We’d done a lot and both like writing. We thought, ‘what the hell, we ought to write a book,'” says Smith.

Through a friend of a friend, they contacted an editor at Texas A&M Press.

As a result, Herping Texas: The Quest for Reptiles and Amphibians, by Smith and King was published in 2018. The book covers 10 eco regions in Texas.

Smith wanted to do more he says and Texas A&M Press told him they were looking to publish books aimed at the middle school audience.

That's how his youth herpetology guide came to be.

The book for teens was scheduled to be published in May. Due to Covid-19, it’s planned to come out in October, as the printing was to be done in China. Presales are open.

Smith is now working on a third book that combines his love of nature and his training as a therapist. The working title is Mindful of Texas Nature.

Smith said as he's aged, he’s learned to appreciate the experience of just being out in nature, rather than the hunt for the elusive reptile.

“Over the years, I’ve found I get more from the experience by stopping [by a park] for awhile, by just being there,” he says. “Noticing everything around me, and not worrying about whether I’m going to find a particular thing.”

People need to “soak it all in,” he says.

“You can be a jogger and be mindful as you’re jogging along. Don’t plug in the headphones, don’t think about what you’re going to be doing next week. Open yourself to the stuff that’s going by you as you jog.”

He likes to focus at the start of a hike on breathing, taking a deep breath and slowly letting it out.

“It’s a good way of calming and getting in the mood,” says Smith.

For the project, he's working with nature photographer Megan Cassidy. They are planning on highlighting nature spots in Texas, he says. In addition to mindfulness, the book will explain why nature is important and how it benefits our health. It will share the benefits of nature journaling, how to pick a place, how to go on a walk, as well as offer a travel guide to some favorite places in Texas.

Prior to the pandemic, Smith did lead a “mindful walk” at the Fort Worth Nature Center. He expected maybe five or six people to attend. Instead, around 20 people showed up, he says.

“The idea was to go out into nature and talk about it. It was not so much about - ‘There is a post oak,’ but more about ‘Let’s stop for a moment and use all your senses, just spend a few minutes being quiet.’”