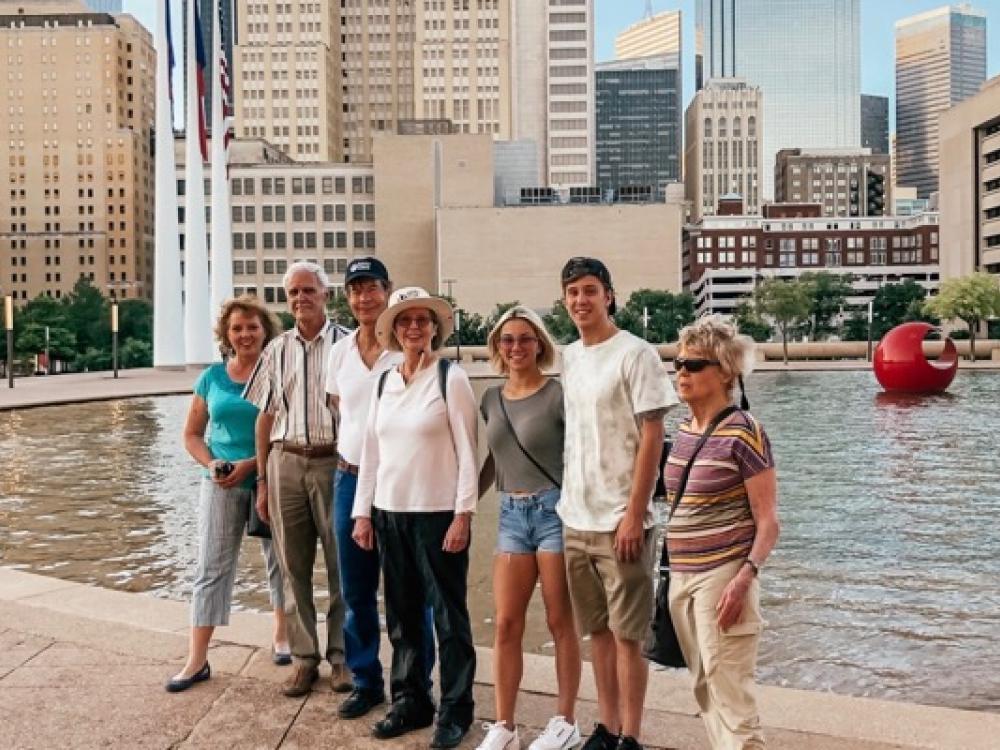 When it comes to climate change, Chris Guldi challenges North Texans to walk the walk.

Her Climate Walks, that is.

Guldi is leading the walking tours of downtown Dallas on behalf of the Dallas Sierra Club.

She designed the tours with stops along a two-mile route past Dallas landmarks starting at Main Street Garden Park to localize climate change.

The scenic educational walks add allure to the "dry" topic of global warming.

Guldi kicked off the tours in April. After a summer hiatus, she is hosting three Climate Walks in September, including one in conjunction with the Global Climate Strike on Sept. 23, which is already full. She plans to host them monthly through the fall, weather and interest permitting.

The Sierra Club is known for hosting guided hikes. But Guldi wanted to add a timely twist.

“We don’t have polar bears dying in Dallas and we’re not getting direct hits by hurricanes but it is effecting us,” she said.

Guldi, who’s now the Conservation Co-Chair of the Dallas Sierra Club with her husband Dick Guldi, only got involved in activism a few years ago. But she’s long known about the dangers of climate change.

“I heard about climate change when I was in college in the 1960s and I thought we were taking care of it,” she said. “People have been talking about this since the 19th century.” 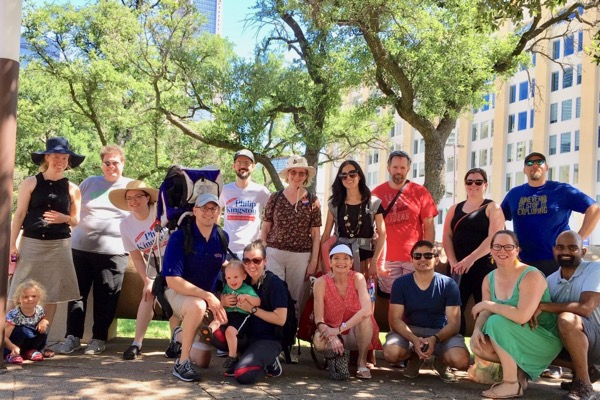 A Climate Walk group enjoys shade on a hot day in downtown Dallas.

Along her tour, they pass financial centers. That's Guldi's cue to point out that while Dallas has not been a center for fracking as Tarrant and Denton counties have been, the city has poured money into drilling operations.

“We need to put pressure on banks and investors to get away from investing in fossil fuels and put their money into socially responsible investing,” she said.

Passing Scottish Rite Temple, she points out that many North Texans are feeling the health effects of climate change.

“Extreme heat days are harder on people with chronic disease.”

In addition, the Centers for Disease Control and Prevention has acknowledged that climate change is spreading vector-borne diseases such as West Nile Virus.

Armed with that kind of anecdotal knowledge, Guldi aims to enlighten both curious locals as well as academics.

“If they come on the walk, they’re probably interested in climate change and they already know a lot of stuff,” admitted Guldi.

Still, she promises to offer some interesting tidbits.

Case in point, she held a walk the day before a “rain bomb” hit Dallas in June.

Coincidentally, she had talked to the group about how the city was experiencing more extreme storms and mentioned a phenomenon known as the rain bomb that had blindsided Dallas in 2017.

The next day, the occurance repeated itself when a freak "microburst" hit Dallas, making national news.

“There are a few people who now think I’m a prophet,” joked Guldi.

About: A 2-mile narrated tour about changes that have already taken place in Dallas regarding climate change and local changes that we can expect. Hosted by the Dallas Sierra Club.