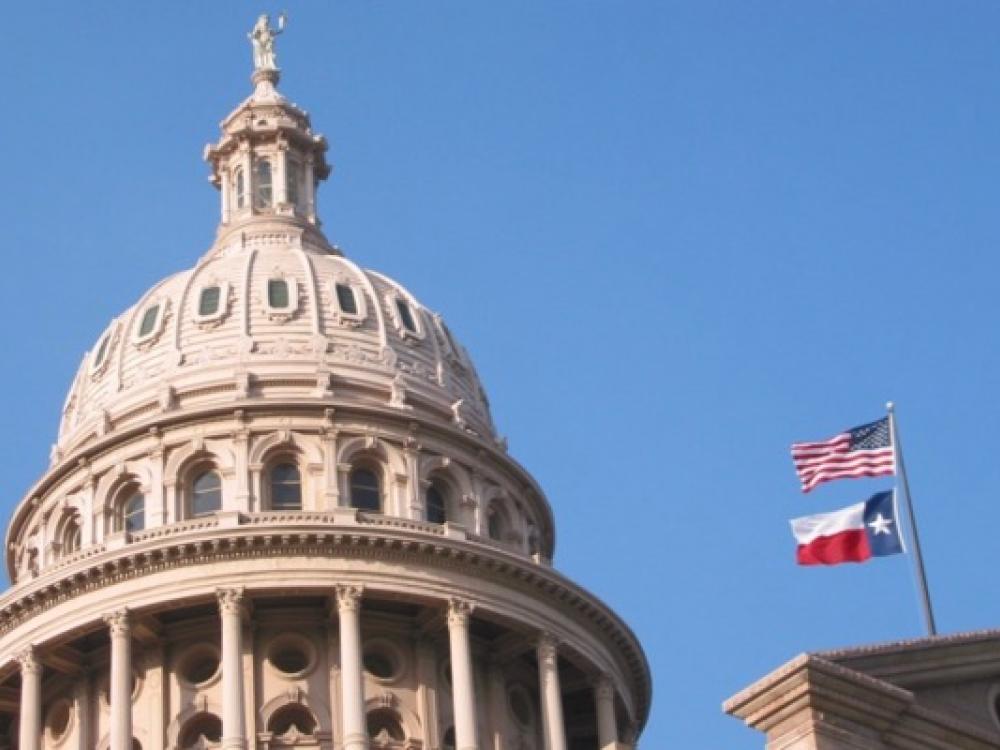 Three bills that threaten environmental health and safety are gaining traction. Courtesy of State of Texas.

In this Texas Legislature, while school funding and property tax relief have dominated the news, environmental watchdogs warn that several bills that could affect Texans’ air, water, soil and property rights are nearing final votes.

One such bill would discharge oil and gas wastewater into streams, rivers and lakes. This questionable brew, also known as “frackwater,” is produced when chemicals mixed with sand are pressure-pumped into the ground to bust up oil-and-gas bearing rock and release that “black gold.”

House Bill 2771 by J. M. Lozano (R-Kingsville) would start the process of allowing operators to release this waste into the state’s surface water bodies. Including reservoirs and their tributaries.

“Surface water is the primary source of drinking water for most Texas cities, including Arlington, Dallas, Fort Worth, Austin, Corpus Christi and Houston,” pointed out Adrian Shelley, Texas director of watchdog nonprofit Public Citizen, in a Tuesday press release.

The bill requires that the water be “treated” before discharge, which Shelley doesn’t find reassuring.

“No standards exist for testing or treating the vast majority of the 1,600 chemicals found in fracking wastewater,” Shelley pointed out.

Further, by Texas law, companies are not required to report the names of many of the toxic chemicals they use in fracking fluid.

“Independent testing and tracking of the pollutants is difficult – if not impossible,” he warned.

On Thursday, HB 2771 passed, on its third reading in the Texas House of Representatives. Next stop is the Senate. If it’s accepted by the Senate's Natural Resources Committee, which has already passed companion bill SB 1585, HB 2771 will go to a final Senate vote. UPDATE ON SB 1585.

Then, the only thing that may be standing in the way of its implementation is time. It will take time for the Texas Commission on Environmental Quality to apply to the Environmental Protection Agency for delegation of authority to approve wastewater-discharge permits.

“We’re hopeful that it'll take a lot longer, and that by then, we'll have a good EPA, so that they'll either reject the delegation, or put stronger provisions in place - so that they'll have to do things like develop standards for all these fracked chemicals.”

“We don’t think [this bill] is necessary. In general there has been a prohibition against direct discharges from oil and gas wastewater, and there’s a reason for that.”

Two other House bills - HB 2269 and HB 3114 - that raise questions about effects on public health and public rights are in the House Calendars Committee, waiting to be scheduled for floor votes.

HB 2269 by Brooks Landgraf (R-Odessa) would allow a low-level nuclear waste storage company in West Texas to accept more waste from out of state. It would increase the proportion of out-of-state waste allowed from 30 percent to 60 percent. The bill was reported on previously in Green Source DFW.

“That increases the transportation of low level waste into the site,” said Reed.

That could mean loads of radioactive waste rolling through Texas cities, to Waste Control Specialists in Andrews. Meanwhile, WCS has an application pending with the federal Nuclear Regulatory Commission to import high-level nuclear waste into Texas.

“This [five percent] fee brought the state more than $48 million between 2012 and 2016,” pointed out Rita Beving of Public Citizen in a recent news alert.

Another provision of the bill that would lower oversight by TCEQ.

“So,” Reed summed up, “less oversight by the state, more waste coming from other states, less revenue.”

Proponents of the bill, he noted, argued that the company can’t survive without these fee cuts.

So, is this a great reason to cut state revenue when, should the company fail, the state would be left to clean up the site? environmentalists questioned.

“SOAH is used by most state agencies to hear citizens’ permit objections,” Reed pointed out. “Instead, they would have to go to a contracted hearing examiner with the TCEQ, which essentially means TCEQ would be providing the staff decision, the hearings examiners and the commissioners who make the final decision.”

“So citizens would basically be before judge, jury and executioner. They wouldn't have an independent, impartial judge looking at their case against the proposed permit. So we think it's a really bad idea.”

On Thursday, HB 2771 passed, on its third reading in the Texas House of Representatives. Next stop is the Senate. If it’s accepted by the Senate's Natural Resources Committee, which has already passed companion bill SB 1585, HB 2771 will go to a final Senate vote. Meanwhile, the remaining action left to those opposed to HB 2269 or HB 3114 is to call or write to their local representatives, or to the House Calendars Committee. UPDATE on SB 1585.

Otherwise, Texans could be sipping frackwater spritzers, watching the nuclear waste carriers roll by and finding no comfort knowing that should a company file a permit request to operate on their doorstep, they would have to protest the permit to the agency whose job it is to give the permits.

On the other hand, amendment stalling and residents calling and writing may save the day. Longtime observers of the odd-year sessions of the Texas Lege say that constituent outcry has quelled many a bad bill of the past.

To communicate your views on any of these bills, call your representative or the committee due to consider it. Both Houses reconvene from weekend recess on Tuesday.

1. Go to Texas Legislature Online via the link,

2. Insert the committee name for either house.

HB 2771 will be heard in the Senate Natural Resources Committee. If accepted, Senate floor vote follows.

HB 2269 and HB 3114 were in the House Calendars Committee Friday, awaiting scheduling.