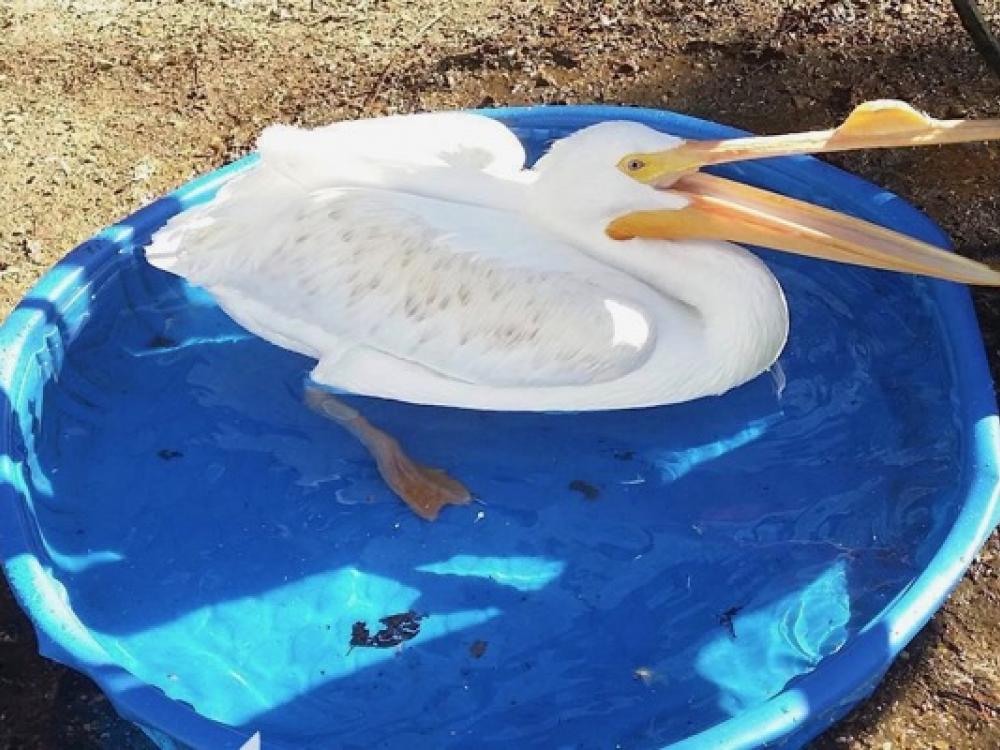 Earlier this month, DFW bird lovers were preparing to flock to a local wild bird rescue center for a peek at its ER facility and the dozens of wildbirds who roost there yearround. But heavy thunderstorms cancelled the event. Fortunately for bird lovers, a rain date has been set for June 1, from 11 a.m. to 2 p.m. for the Rogers Wildlife Rehabilitation Center Open House.

So barring stormy weather, this Saturday visitors can see a red tailed hawk up close, be greeted by a pelican and mingle among 50 peacocks and hundreds of other birds during the free event hosted by the North Texas Master Naturalists at Rogers Wildlife Rehabilitation Center, located at 1430 East Cleveland Street in Hutchins, south of Downtown Dallas. 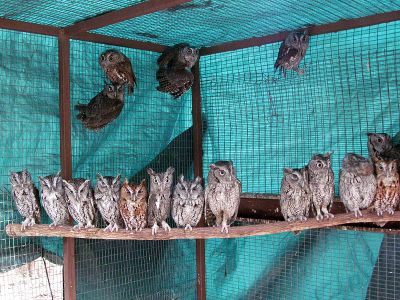 Master Naturalist volunteer Danielle LoPresti says the event offers a rare opportunity to tour the wildlife center with the guidance of about 25 members of the North Texas Master Naturalists who’ll serve as docents at the various flight cages and guides throughout the 18-acre premises.

“We have maps that we've provided that kind of check off where all the different birds are. [The public] can meander however they want. But, as they get the different stages, there are people there who can help them answer questions,” LoPresti says. “I speak about the barred owl. I know her specific story for how she came to the center. And I also know different facts about barred owls and fun little stuff that might be interesting - just fun little facts.”

LoPresti says this is the second year the Master Naturalists have held an open house at the center. The organization adopted the center as their public service project in 2018 and held the event to offer a glimpse at the work of the wildlife rehabilitators while informing the public about the species that are cared for by Roger’s volunteers. 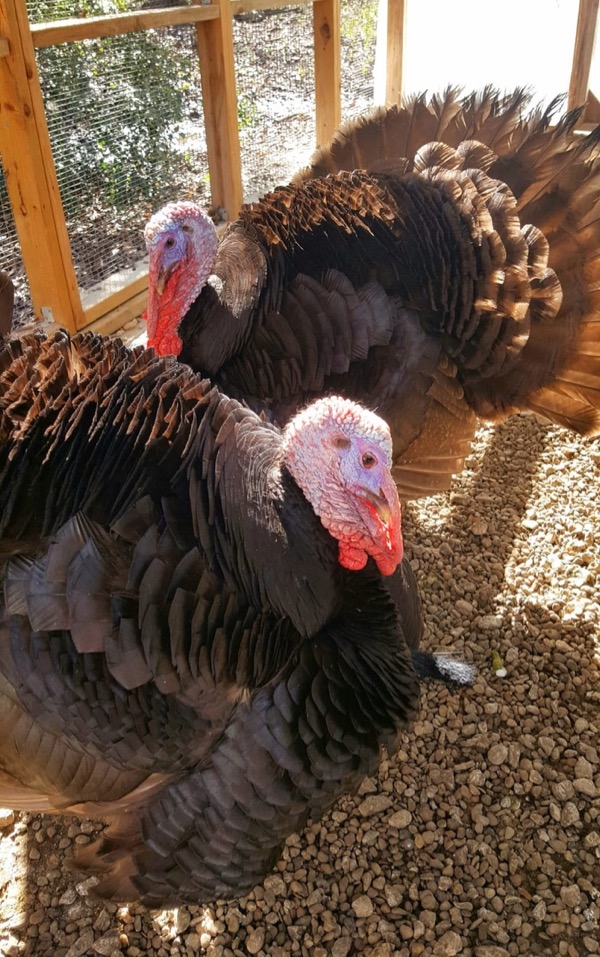 “And it was such a good turnout. Last year, we had about 135 people that came out and we inadvertently raised about $500 in donations, which we weren't even trying to do, but we had so much fun doing it and the public had so much fun coming out that we just decided we want to do it every year,” LoPresti says.

RWRC founder and director Kathy Rogers says the event gives everyone a chance for an up-close and personal look at species that you may otherwise only see atop a telephone pole.

“It’s a very peaceful environment, full of peacocks and ducks and geese and all the wild birds that stick around,” Rogers says. “We have 50 peacocks; we have birds of prey - and it’s kind of cool to see a red tailed hawk just a foot away - we have assorted wading birds, night herons, egrets of different kinds, vultures and pelicans that will be greeting the public.”

Rogers says the grounds are set up like a park, complete with shaded areas and outdoor tables that make a pleasant destination for a family picnic. The day will be full of entertainment, education and plenty of opportunity for making memories. A photographer herself, Rogers says the grounds and the feathered residents offer ample opportunities for stunning wildlife photos and enjoyable selfies.

Rogers Wildlife Rehabilitation Center is a 501c3 nonprofit wildlife rescue organization that specializes in the rescue and rehabilitation of injured, sick and orphaned birds of all types. The organization’s goal is to restore the health and independence of the birds brought to them so that they may be released back into their natural habitat. 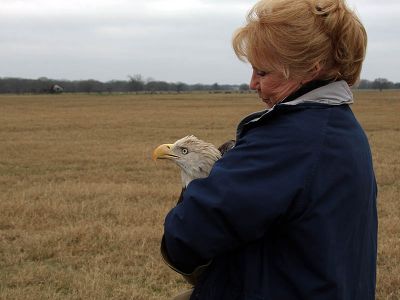 Kathy Rogers prepares to release a bald eagle that was treated at the center. Photo by Chris Jackson.

The center also serves as a sanctuary for birds that cannot be released due to extensive injuries or loss of survival skills.

Over the last decade, the center has provided medical treatment and care for more than 40,000 birds with an annual budget of more than $240,000, Rogers says. The center is entirely dependent on dedicated volunteers and private donations and does not receive any federal, state or local government funding for its rehabilitation and conservation efforts.

The Saturday event is free of charge, though donations of money or supplies will be warmly welcomed, Rogers says. The center’s website details what supplies are needed should anyone want to donate.

“I would love for everyone to come out and share this experience,”Rogers says. “Once people come out here and actually see it, they're just kind of blown away and just really enjoy it.”

About: The North Texas Master Naturalists have made the center the focus of their public service for the past year and are giving a tour of the six-acre operation and the work they’ve accomplished.

Birds of all feathers 'heal' together at DFW wildlife ER