Vegans get 'chikn' fix at new plant-based venue in Dallas 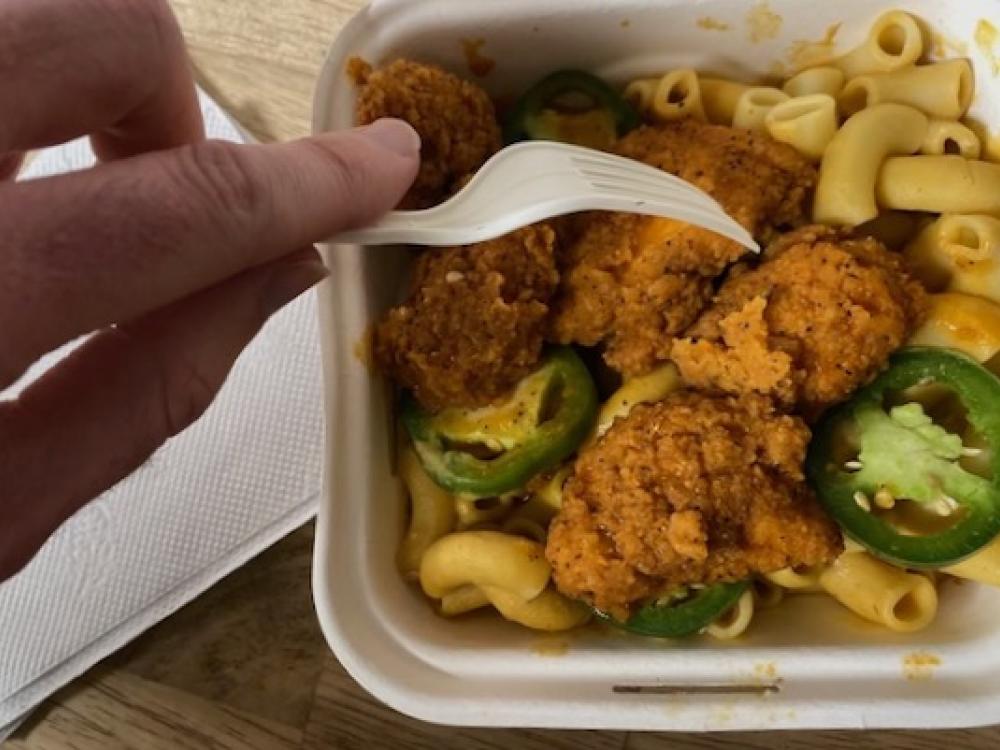 Why do the meat-eaters seem to have all of the fun – with yummy, mouth-watering comfort food, while us vegans are relegated to the “healthy” table? Well, those days are over! Project Pollo is the newest local choice for scrumptious plant-based diner food. And when we visited, every menu item was even more delicious than the last.

My taste buds and I have been waiting for months for San Antonio-based Project Pollo’s Dallas opening. Last week, we were finally able to sample some of their amazing entrees at their exclusive media preview night.

I spoke with owner, Lucas Bradbury. Though he avoids using the term “fast food,” he has great plans for his decadent drive-thru diners to become a household name. 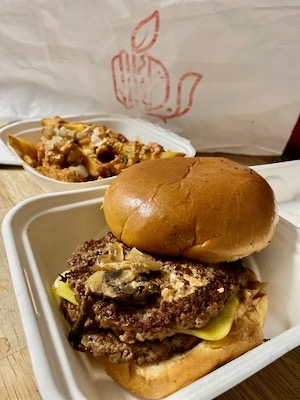 The chain launched in September 2020 and has since opened 13 locations in Texas but there’s no holding back this vegan trendsetter.

“We have another 10-12 units opening this year and we are positioned to go out of state on a national expansion,” says Bradbury.

His goal is to facilitate change by providing plant-based alternatives that are affordable, enticing and convenient for the mainstream.

At the media gala, I stuffed my face with a double patty mushroom Impossible cheeseburger with smoked provolone, caramelized onions, beer-marinated mushrooms and au jus aioli ($9). I indulged in a side of “Loaded Papas,” French fries smothered with cashew queso, pico, grilled onions and chipotle ranch ($6.50). Then I had sticky Buffalo Mac N’ Cheez with spicy garlic buffalo Chikn Nuggets ($8.50) as a chaser and washed it all down with a tall Strawberry Shortcake Shake ($5.50). Do you know how long it’s been since I’ve had a shake!?! Every bite and sip was ooooh soooo good and I felt like I had gained 10 pounds when I was done. 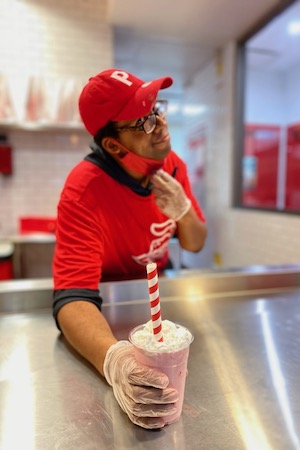 If you’re trying to be a healthy vegan, go for the Plant Protein Bowl loaded with roasted sweet potatoes and pepitas, charred cauliflower, chickpeas, kale chips, sauteed onion and red pepper tahini dressing. Then wet your whistle with a Maine Root Beer, Ginger Beer or other soda. Kids’ meals start at $3.50.

But this isn’t just about the food. For Bradbury, it’s about promoting animal welfare as well.

“Every single unit that we open is responsible for about 100,000 animals plus or minus per year being saved from otherwise pretty gruesome animal agriculture,” say Bradbury.

As plant-based alternatives become cheaper and the vegan movement continues to grow, Project Pollo aims to be at the forefront, providing great quality and tasty food to everyone in America.

So head over to Project Pollo and dig in.

Project Pollo is located at 4814 Greenville Ave in Dallas, near University, next to Desperados. Bring your friends. Bring your grandma. By the way, proceeds from every purchase go to saving animals.