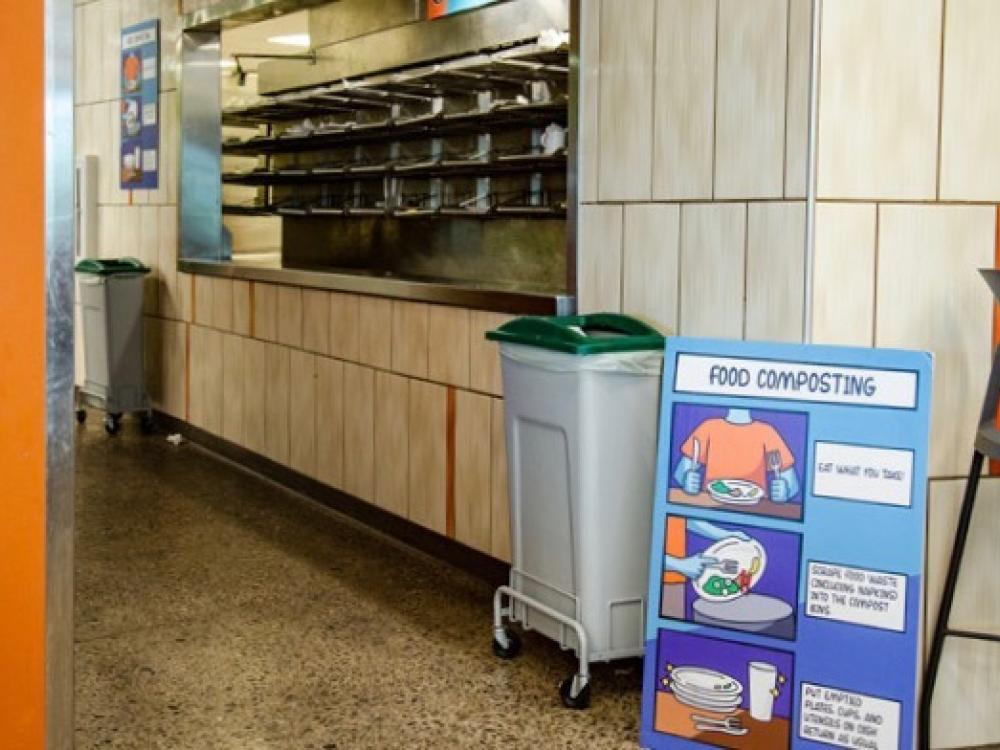 The University of Texas at Dallas was recently recognized for reducing food waste on campus.

The college’s food waste diversion program was selected by APPA’s (formerly the Association of Physical Plant Administrators) for the 2019 Sustainability Innovation Award in Facilities Management.

“We have a very good dining services team that minimizes food waste. They keep data from meal to meal, week to week and year to year, making it possible to prepare food according to the number of students. Usable food scraps are used in broth, etc. If food is left over, the UTD Sustainability Club, through the Food Recovery Network, takes it to the needy. To date, since 2016, we have given 5,000 pounds of food to Hope’s Door New Beginning Center, a nonprofit organization in Plano that helps women and children affected by family violence.”

Significantly, he adds that since 2012, UTD has contributed just over one half million pounds toward food composting.

“Before 2017, [our compost operation] was totally in-house. Food was set out and the facility management grounds team took it to a composting site on campus. Beginning in 2017, we started composting with Organix Composting in Hutchins that provides service once or twice a week,” said Cocke. 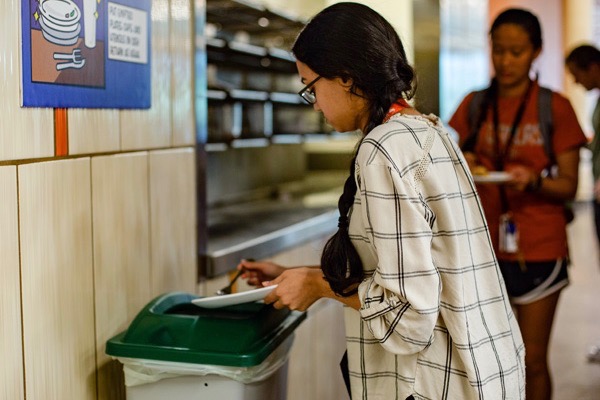 Kaumudi Sanampudi, a psychology freshman at UT Dallas, scrapes off leftover food into one of the new bins at the dining hall.

Cocke said they have advanced to collecting all food waste in the dining hall, including meat.

“All we need to do now is make sure that no trash goes into the stream. Because students scrape plates and everything on them, everything connected to the dining hall is non-contaminated, thus, we’re capturing 100 percent of food waste.”

That rate includes both pre- and post consumer food.

At this point, Cocke says overall, 66 percent of food is not wasted on campus. They are able to divert 40 percent of pre-consumer food from food franchises on campuses. However, they are not able to divert post-consumer food waste taken by students from the venues. In addition, the campus' catering system food waste is not addressed in the program.

However, since 2012, all food waste associated with the dining hall is diverted, exceeding their goal.

This campus-wide effort diverts 75,000 pounds of food waste annually and hopes are to increase that by UTD’s end-of-August 2019 fiscal year.

Because students and staff want to do the right thing, UTD feels that it has one of the most comprehensive college campus food waste programs in Texas.

“It’s a campus-wide effort with many people playing an effective role,” says Cocke. “Students think that it’s of value and we want to reflect that. I’m confident that we have a leading program nationally and that’s why APPA is recognizing us. The fact that we were awarded and recognized serves as a model of what others can do.”

The University of Texas at Arlington also has been recognized for its food waste diversion initiatives. In 2014 and 2018, UTA earned EPA’s Food Recovery Challenge Award.