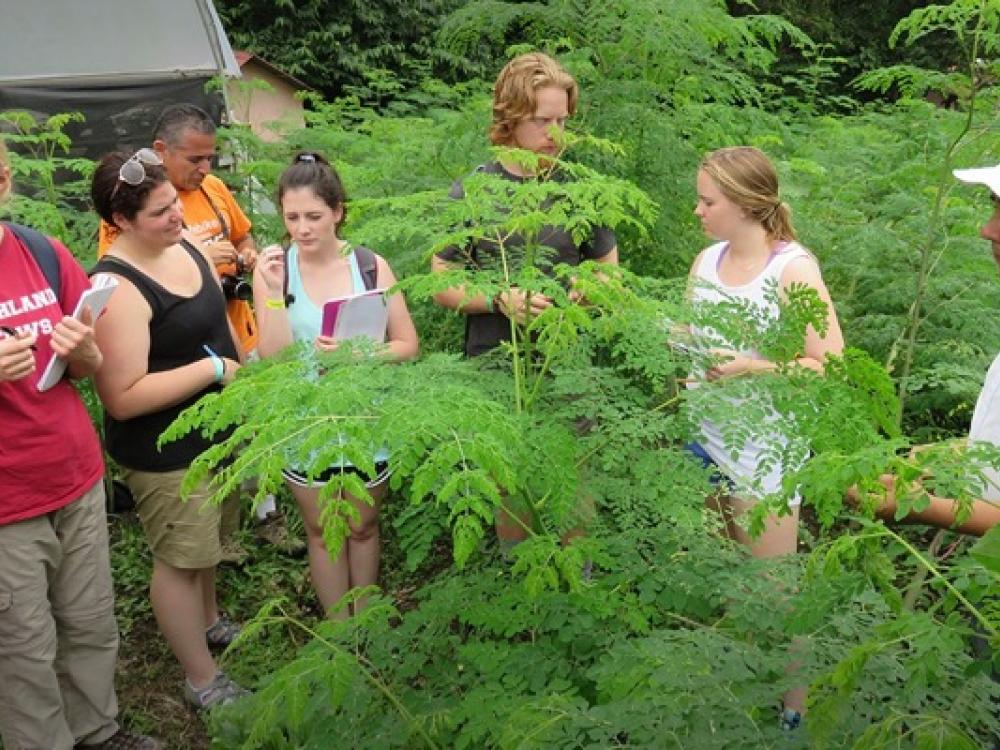 TCU's research station/farm in Costa Rica allows students to immerse themselves in one of the most biologically diverse landscapes on the planet. Courtesy of TCU.

More universities are seeing collaboration as a way to foster environmental education, outreach and research.

UT Arlington launched its Institute for Sustainability and Global Impact in 2015. While DCCCD created its Sustainability Outreach and Initiative at the end of last year.

To the west, Texas Christian University's Institute of Environmental Studies is also doing big things on campus and around the world. It’s main purpose is facilitating faculty collaboration on interdisciplinary projects outside home departments. Simply put, the Institute, which was founded in 2003, defines and solves environmentally related problems through education and research. And they do this by partnering with environmental nonprofits, law firms, government agencies and businesses, bringing current issues into the classroom.

Professor Becky Johnson says that the Institute breaks down the “silo effect,” allowing faculty to work outside their departments.

“Environmental science is an integrative discipline and often requires faculty from numerous departments to work together on solutions.”

Professors at the TCU Institute of Environmental Studies encourage students to take the initiative in environmental projects to gain a well-rounded understanding of scientific, ethical, political, economic and social perspectives.

Students and professors are presently involved in several projects, one being wind power. Since 2008, the project is trying to assess the broad scale ecological and socio-economic impacts of wind development. The study is evaluating how wind power affects birds and bats and the surrounding ecology, along with carbon offset analysis, and the benefits of wind farms to the ecosystem and local communities.

Another project established in 2008 is a 100-hactares research station/farm in Costa Rica of primary and secondary growth forest owned by a local naturalist and guide. A well-equipped tree house sleeps 20 graduate and undergraduate students who immerse themselves in one of the most biologically diverse landscapes on the planet. Two faculty bungalows exist. Undergraduates participate in a series of projects ranging from forest hydrology, mapping, species identification and reforestation. Faculty who lead the field trips both within the semester and during summer supervise. Graduate students also conduct research on topics ranging from land use and soil properties to quantifying forest structure. Long-term studies on flora, fauna, soils, hydrology and geophysical nature are conducted. 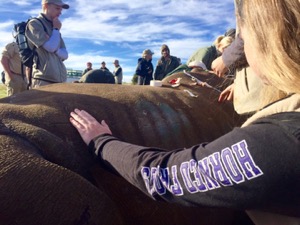 In April 2014, TCU launched a Rhino Initiative in South Africa in an effort to ensure long-term survival of rhino. In South Africa, rhino are brutally poached at a rate of more than three per day. Students and faculty organize reduction demand campaigns and raise public awareness to support protection and rescue initiative on the ground, where poached rhinos are rehabilitated and released into the wild.

Current research in several water-related issues are being led by faculty who are experts in the field. Such projects are monitoring the hydrological response of geologically controlled seeps in the Fort Worth Prairie to sediment transport in Texas Rivers. A major research project focuses on mercury contamination of fish and watersheds in the southeast conducted by biology faculty members.

Johnson shares that the latest project is a Sustainability Minor, wherein coursework from both the social and natural sciences is required to complete the minor.

“We have classes from a number of different departments, and it’s probably the biggest collaboration in terms of the sheer number of departments involved,” she says.

Some new members of the Institute are recruited, but some are attracted to the exciting ongoing work.

“We try to stay on top of new faculty that are hired and make them aware of the Institute and our efforts. We recently hired an environmental economist and an environmental sociologist to whom we reached out, looking for collaborative ways.”