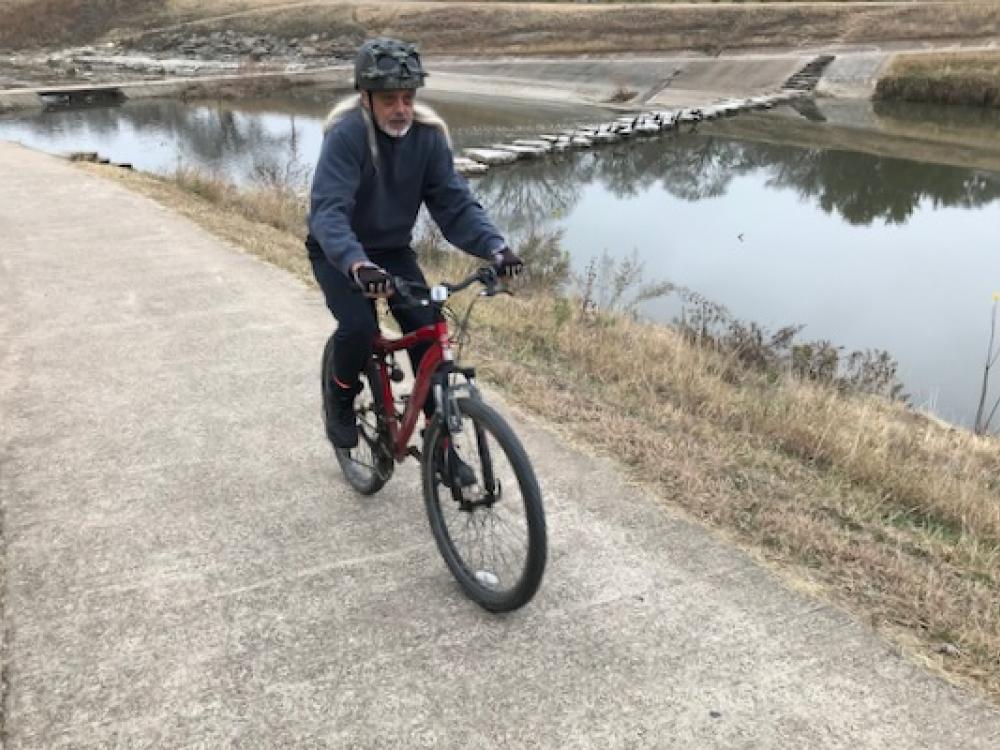 Biking enthusiast Tom Frye of Fort Worth rides the Trinity Trail along the Clear Fork in Fort Worth. Photo by John Kent.

The regional trail connecting Dallas and Fort Worth is just two years away and planners say it’s time to pick a name.

With the final trail links expected to be completed by early 2024, North Central Texas Council of Governments launched a survey this week asking the public to vote on the name and logo.

More than 50 of the 60 miles of the hiking and biking trail have been completed, according to NCTCOG, an association of local governments established in 1966 to coordinate and streamline regional development.

When finished, the trail is envisioned by planners to serve as a regional, state and nationwide attraction as well as an environmentally friendly transportation option. 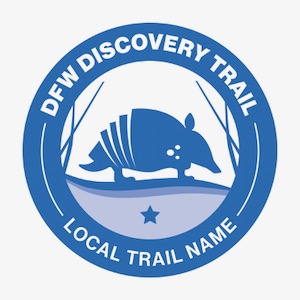 One of two logos that North Texans can vote on. Courtesy of NCTCOG.

The name and logo choices were developed with the help of public input provided through a virtual open house held late last year.

The branding choices reflect survey responses from the public, who say they primarily experience and envision the trail as a place of peace and quiet and a refuge for nature.

DECADES IN THE MAKING

• According to Kevin Kokes, Sustainable Development program manager for the North Central Texas Council of Governments, a system of trails connecting Dallas to Fort Worth has been in the region’s Metropolitan Transportation Plan since 1996.

• NCTCOG is collaborating with five cities – Dallas, Fort Worth, Arlington, Irving and Grand Prairie – and stakeholders associated with tourism, culture, nature and events as part of this effort.

•  The Fort Worth to Dallas Regional Trail network received a boost in 2013 when the mayors of those two cities convened with the mayors of Arlington, Irving and Grand Prairie, and pledged to locate money to complete a trail system that would provide easier access to parks, nature areas, schools, jobs and neighborhoods in the five cities. By October 2018, all funding had been identified.

• Interstate 30 between Dallas and Fort Worth is 32 miles. Because the trails meander, the trail will roughly double that route.

• The hiking-biking-running-walking path joining North Texas’ two biggest cities is part of a larger system called the Regional Veloweb, a 1,883-mile network of off- and on-street, shared-use paths designed for bicyclists, pedestrians and other non-motorized forms of transportation, with more than 5,000 additional miles planned.

Read more about the trail's history.

The second of two logos that North Texans can vote on. Courtesy of NCTCOG.

The forum will be open for a month. Vote here.