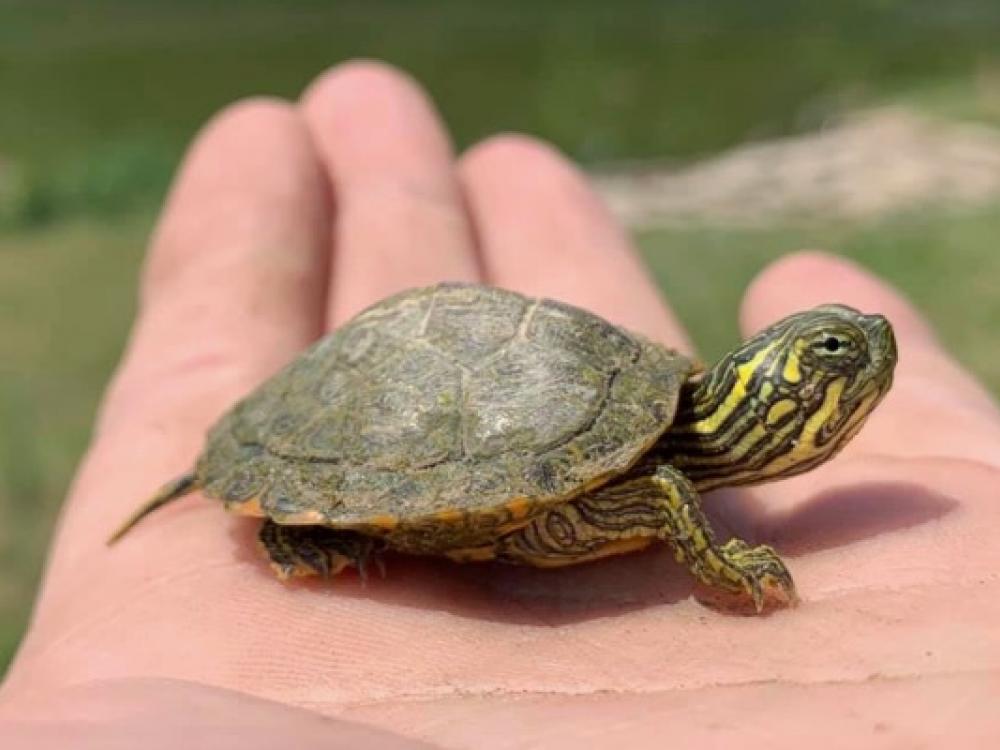 How many turtles are there in North Texas? Are their populations thriving, plummeting or just hanging on?

Biologist and Paschal High School science teacher Andrew Brinker in Fort Worth wanted to know and enlisted his students to count the turtles in the Trinity River. 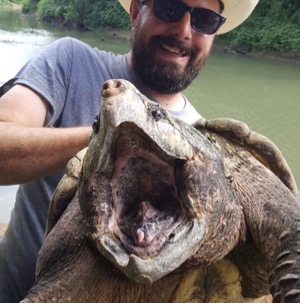 As part of a three-year study that began in 2017, the results of his Trinity River Turtle Survey will provide baseline data for future studies to assess just how the dozen or so native Texas turtle species are faring in the region, especially in view of urban sprawl and a couple of extensive development projects set to reshape the Trinity in both Dallas and Fort Worth.

Brinker says the survey is determining how many species of turtles live in the Trinity and what their range is while giving students a unique opportunity to conduct advanced level studies rather than simply reading a textbook inside a classroom.

Every month along a four-mile stretch of the Trinity River in Fort Worth, Brinker and his students collect turtles from live traps, weigh them, measure their shells and tag them before releasing them back into the water. The information they gather is then processed for analysis. 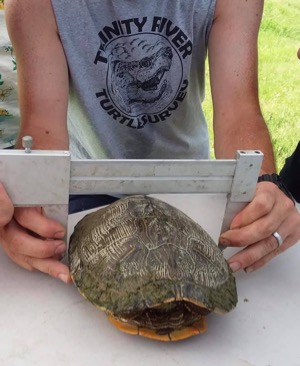 A Paschal High School student measures the carapace of a turtle in the Trinity River.

The students have already presented their preliminary findings at several science and education conferences, which altogether has given the Fort Worth I.S.D. students in Brinker’s class the kind of field study and presentation experience that students usually wouldn't get until graduate school.

“The study has been made possible by the backing of the Andrews Institute at the TCU College of Education,” says Brinker. "That's what gave us the money to purchase all the equipment that we needed."

Additionally, the students have had the chance to work with TCU professor Matt Chumchal whose work has focused on mercury contamination in the environment. Through the arrangement, Brinker’s students submitted a presentation regarding mercury contamination of the red-eared slider and snapping turtles in the Trinity during the 2018 Turtle Survival Alliance conference held in Fort Worth.

"We collected toenails [from the turtles] and took them to his lab. The students did all the analysis, and then we took the data and made a poster with him as a coauthor and presented that at the conference," Brinker says. 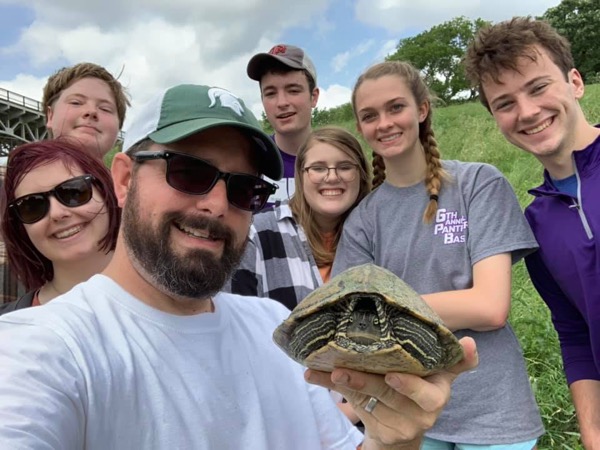 Andrew Brinker and Paschal High School students show off a turtle they inspected during a survey.

Brinker's team has so far documented six native species of turtles living in the Trinity along with one introduced species.

"There are red-eared sliders. There are river cooters. There are spiny soft shell turtles, snapping turtles, Mississippi map turtles, and razorback musk turtles," Brinker says." There's one introduced species; we found yellow bellied sliders, which are from the eastern United States, which are undoubtedly released pets."

Not found in the stretch his students are studying is North Texas's only legally protected turtle, the alligator snapper. Too little is known about the state's turtles to say whether any of the species are threatened or in danger of extinction, Brinker says, but he has a feeling that several may be declining.

The reason we don't know: there simply haven't been enough, or any, studies conducted and there's too little information to make such an assessment, says Brinker.

"Basically, there’s no one putting that information together," Brinker says. "There's just a handful of turtle biologists doing fieldwork in Texas."

Nevertheless, the Texas Parks and Wildlife Department gave turtles a little help in 2018 by banning the commercial collection of several species of turtles that were being collected en masse and shipped overseas for meat. The department relied on its own five-year research investigation that showed turtle populations are susceptible to overharvesting and that even modest commercial collection leads to long-term population decline.

Brinker spoke to the department in support of the rule when it was being proposed, and now that it’s in effect he says the move has stopped countless turtles from being exported from the wild, thus eliminating a huge factor that was decimating their population.

As for the turtles they have found in the river, Brinker feels optimistic that they’ve been able to stand up against development and pollution so far. The study has tagged over 900 turtles per mile, and Brinker says he thinks that shows a healthy population.

"That makes me feel great about the project we're doing because we're getting that baseline data for the Trinity River," Brinker says. "Based on the recapture rate, I estimate that there are 1,000 turtles per mile."

And what’s good for the turtles is good for the river. Brinker says aside from having an adorable allure, turtles show their value to humans by cleaning the river and controlling invasive mollusks that clog waterways and pipes and outcompete our own native mollusks.

"I like to compare them to goats. They really help keep [the river] clean," Brinker says. "There's also specialists like the Mississippi map turtle that feeds on mollusks and one of the neat things I've discovered on that is they're feeding on the introduced Asian clams -- two species that are in the Trinity." 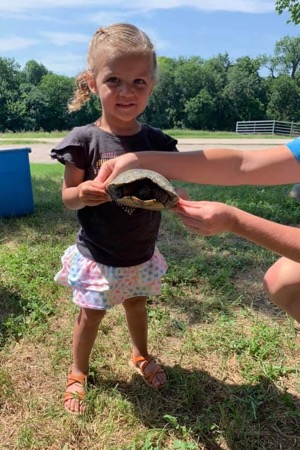 The public is welcome to watch the students conduct their field work and get a picture with the turtles in the survey.

Invasive zebra mussels have already been found in Lake Worth where they threaten ecological and economic damage. Brinker says it's only a matter of time until they come down the Trinity. When they do, he and his students will investigate whether native, mollusk-eating turtles may play a role in their control.

The students’ field work also serves as a turtle-oriented outreach to the public, Brinker says. At each survey, the team sets up a staging area for their work, complete with a canopy and signage denoting the turtle survey and welcoming the public to watch.

“There's a big outreach component," Brinker says. "We welcome anyone, old people all the way down to little tiny, two year-old kids, and let them hold a turtle and take a picture and tell them about it.”

North Texas kids are learning to be master naturalists