Texas Green Report: Why climate change is bad for our health 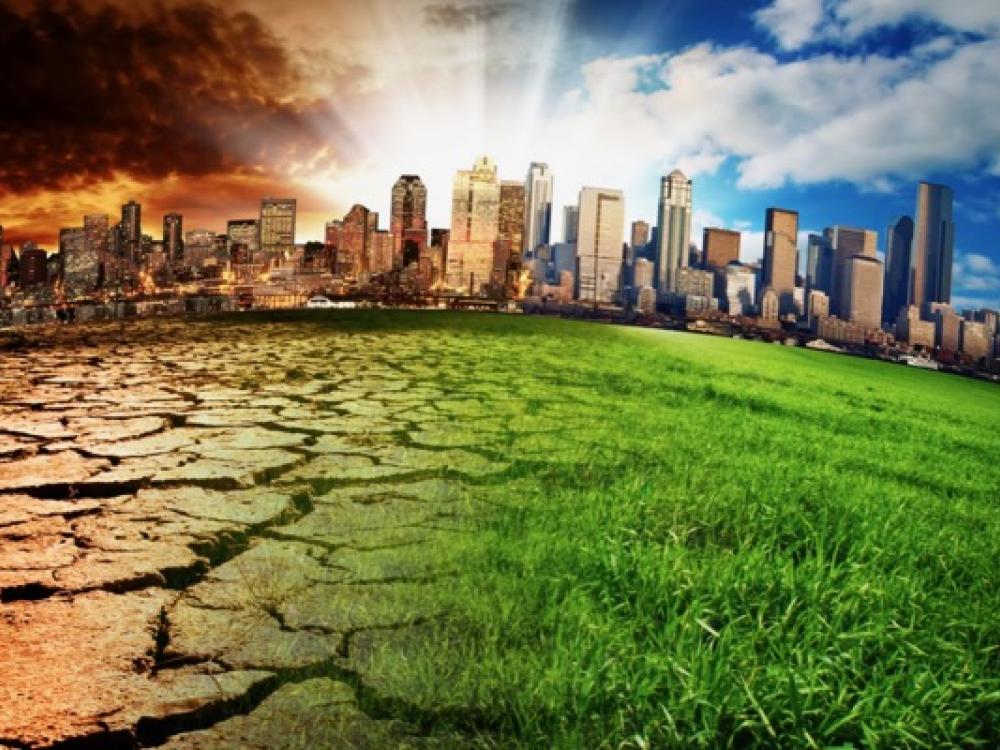 Dr. Tony Perri, a Dallas urologist, and his wife Dottie Perri, a nurse, describe how climate change will impact North Texans from a health perspective. The Perris are members of the Dallas-Fort Worth Chapter of the Climate Reality Project.

Texas Green Report: From allergies to heart attack, how climate change is putting us at risk of serious health problems, in this episode of the Texas Green Report, a production of Green Source DFW and the Memnosyne Institute.

Discussion about global warming often focuses on thawing ice sheets, rising sea levels, and the plants and animals being affected, which can seem unrelated to those of us living in North Texas. But even a slight increase in the average global temperature can lead to major consequences for our health, according to two medical experts who volunteer for the Dallas chapter of the Climate Reality Project,

Tony Perri: Climate change is affecting our health right now here in Dallas, whether we're aware of it or not.

Texas Green Report: Tony Perri is a Dallas based urologist. He says global warming is already making life more difficult for people in the Dallas-Fort Worth area. And climate change related death is a new reality.

Tony Perri:  Heat itself is a major cause of climate-related illness and sickness. In fact, in the 2011 heat wave in Dallas, the temperature was 108 degrees. But the heat island effect caused the surface temperature at Fair Park to be 151 degrees and at the Plaza in front of City Hall at 141 degrees, and 50 people died that day in Dallas County from the heat.

Texas Green Report: Hot temperatures in the city are magnified by the heat island effect, which occurs when concrete and asphalt absorb heat during the day all throughout the city and radiate it back out at night. This makes it unbearably hot around the clock, especially for anyone who can't afford to keep the AC running non stop.

Tony Perri: And more deaths actually occur even at night in a heat wave than during the day because the heart doesn't have a chance to rest. Because the average temperature is still several degrees above normal. In excessive heat, the body has to cool itself off. And the mechanism for cooling itself off is perspiration. As the sweat or perspiration is generated and absorbed into the atmosphere, the body cools itself. When it's very hot, to increase the blood flow to the surface, in order to generate this perspiration, the heart has to increase its work or cardiac output and work harder. As it does that, it puts a stress on the heart. And it also drives the blood away from the kidneys so that you're also at increased risk for heart attacks as well as renal failure, as well as dehydration. And if the humidity is high, then it's harder even if it's you're generating the perspiration, for that perspiration to be absorbed because there's so much moisture in the atmosphere. This is called a wet bulb temperature, if you will, and it's a combination of heat and humidity so the heart doesn't get a chance to rest and the constant increased stress on the heart leads to the heat-related deaths.

Texas Green Report: Pediatric nurse Dorothy Perri says we're prone to dismiss heat waves as just being part of living in Texas. However, documented changes in our climate correlate to a long list of conditions that are getting worse, especially allergies and asthma.

Dorothy Perri: Yes, it's always been hot in Texas, but the fact is it's getting hotter each year. And it's also getting hotter faster because of climate change. We are not only seeing hotter temperatures in the summer, but we're seeing an earlier summer and a later summer. Earlier hot temperatures in the spring and later hot temperatures into the fall. Because of the longer growing season and increased carbon dioxide and the heat, we're seeing more and more allergies. Allergy season starts earlier in the spring and last longer into the fall. And children are affected especially. Having a longer allergy season means more days that people suffer when they go outside, more days that they can't breathe easily, that they're uncomfortable.

Tony Perri: Increased heat actually increases ozone in the atmosphere, which is a cause of asthma. We see that heat wave the increased incidence of asthma increases, it increases other respiratory problems. The effect on the lung, heart is like a burn when ozone levels get high.

Texas Green Report: And there's more time for mosquitoes and other disease carrying insects to breed.

Tony Perri: And this can lead to increasing diseases. The heat lets vectors or insects carry germs enter new areas where they previously could not. We have a virtual epidemic in ticks. Now there are 300,000 cases in the United States of Lyme disease or tick borne disease. West Nile virus came to the United States in 1999. And we've had three epidemics in Dallas County. And in fact, in 2012 400 people contracted West Nile virus and 21 people died from West Nile encephalitis. And this is a direct result of in the winter, there are less hard freezes then there are in cooler times. The hard freezes killed the larvae of the mosquitoes and the virus. When there are fewer hard freezes, you have a greater number of mosquitoes, a faster reproducing virus. And as the spring comes along, they start to bite people and you just have an increase in the vectors. And this leads to the epidemic. We all remember Zika virus which came to the United States because of the range of the mosquito increasing and cause severe birth defects. We're seeing that the water is being contaminated. Part of this is due to droughts and concentration of bacteria and we're seeing an increase incidence of diarrheal diseases. So in many ways, there are multiple health effects on us that are making us sicker.

Texas Green Report: The news may be bleak but the Perri’s say that if we can motivate the business world and our elected officials to take climate change seriously, we can steer clear of some of the worst effects of global warming yet to come. You can learn more about what's being done in North Texas to address the global warming crisis by visiting GreenSourceDFW.org. The Texas Green Report is a production of Green Source DFW and the Memnosyne Institute.