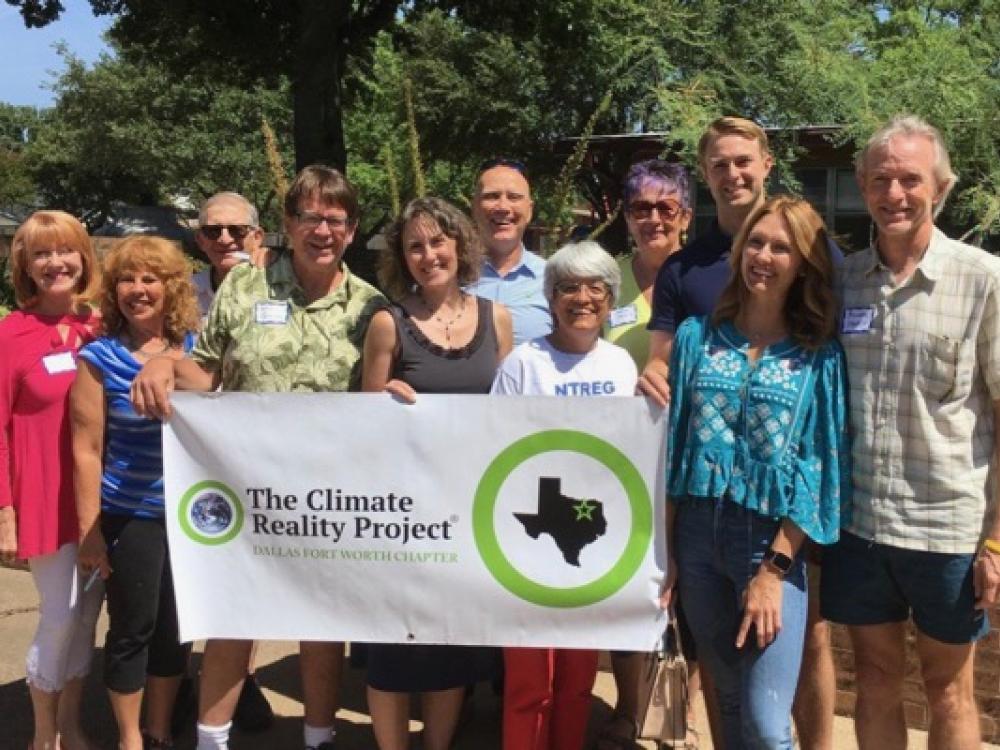 While climate deniers have thrown up a wall in Washington, a grassroots movement is chipping away at climate denial by focusing efforts closer to home - including North Texas.

Members of the more than 80 chapters of the Climate Reality Project around the globe work to push sustainable energy policies to the top of the agenda in local city councils, schools and businesses. Their aim is to help the general population understand the science of climate change and what’s at stake if we fail to curb our carbon pollution.

Members also have a chance to become part of the Climate Reality Leadership Corps by attending the organization’s three-day conference held several times a year in Atlanta. There, they learn the basics of climate change from climate scientists and sharpen their skills in communicating that knowledge to their friends, neighbors and colleagues back home.

The DFW chapter of the Climate Reality Project was launched in the fall of 2017. Today it has 26 trained Climate Reality Leaders and more than 30 additional members. They meet the second Saturday of each month, 10 a.m. to 11 a.m. at the Meadows Conference Center at 2900 Live Oak Street in Dallas. 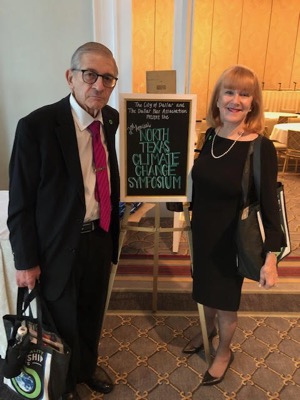 Tony and Dottie Perry are members of the DFW Chapter of the Climate Reality Project.

DFW chapter member and professor of pediatric nursing Dottie Perri says everything about the group is aimed at helping advocates steer the country toward a more sustainable future with cleaner air and a higher quality of life.

“We come together once a month as a chapter to meet and discuss relevant business. Occasionally, there's a program or someone that is wanting to give a presentation to get feedback from the other Climate Reality Leaders. And we also have started a half an hour workshop prior to the meeting to help support new Climate Reality Leaders in ongoing continuing education. If there's a need for increased knowledge about climate science or how to write a letter to the editor of a newspaper, or how to put a presentation together or how to contact a legislator, we help each other,” she says.

Dotti’s husband and fellow member Dr. Tony Perri, a urologist in Dallas, adds that the meetings are open to the public, and all who want to add their voice to the call for climate action are welcome.

“We’ve had presentations on sustainability, on project drawdown, on health and climate change, the impact of global warming as a cause of climate change,” he says. “And we're moving on to trying to get into looking at how climate affects vulnerable populations. We also try to help the [Climate] Reality Leaders respond to people who want discussions or presentations about climate change. We have people who have an expertise in sustainability. One member has a significant interest in solar panels and has a business in doing that and can speak a lot on renewable energy. We have a former member of the Obama administration who was part of the climate pricing policy and who is involved in climate pricing and clean air, so that there's a variety of expertise.

“Dottie and I have a long career in healthcare, and we often present on health impacts. And groups that want a presentation in any of these areas can contact the Climate Reality Project and then we send out someone to give the presentation on the topic.”

Dr. Perri says the chapter works with local environmental groups, such as the Dallas Sierra Club, 350Dallas and the North Texas Renewable Energy Group, to push policy makers toward sustainability, and to coordinate the organizations’ efforts so they use their resources efficiently and avoid duplicating each other's work. 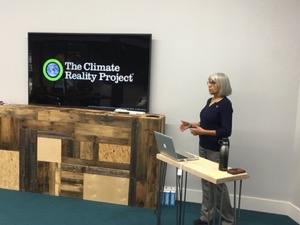 “We also have some long range projects and some goals that we are working on right now for [implementing] solar [energy] in schools and also advocating for electric school buses,” Dottie Perri adds. “We try to send a member to each Dallas city council meeting and the D.I.S.D school board meetings as well to help increase our input and collaborate and advocate for clean air.”

Dr. Perri says members take on a huge responsibility when they become involved in advocating for action against the status quo.

“Climate Reality Leaders have about four roles: they're teachers and educators - they're more than just PowerPoint experts. In some ways, they're like Paul Revere going out and sounding the clarion call that the British are coming,” he says. “We’re advocates also. And the chapters help individuals become activists.”

By concentrating on local issues, Dr. Perri says advocates of sustainability can circumvent the industry-beholden politicians in the U.S Congress and even the White House.

“Cities, as Mayor Bloomberg once said, are the tip of the spear in fighting climate change,” Dr. Perri says. “And while you need more federal action, a great deal can be done on the local level and motivating individuals who then can start with individuals, families neighborhoods, communities -- [it] creates a catalyst to bring about change on a more global level. We like to say ‘global action on a local level.’”

About: Local chapter launched in 2017 to catalyze a global solution to the climate crisis.