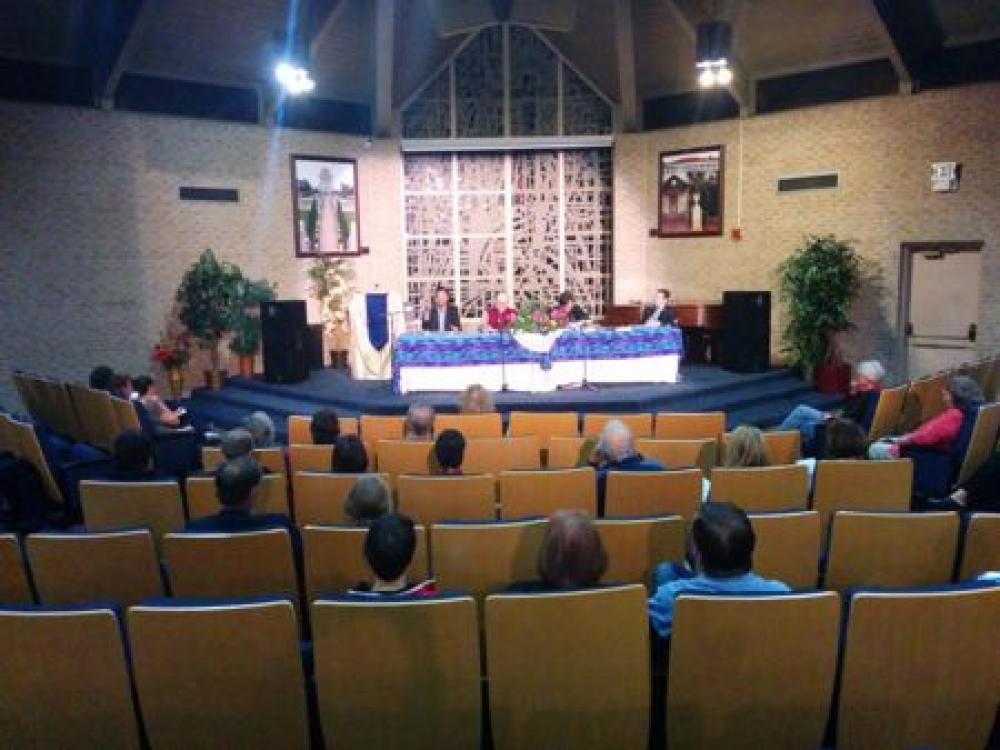 Discussion spanned from teachings on the spiritual value of the Earth, to environmental degradation’s root causes, environmental justice, and solutions.

Striking differences in this forum versus others on climate change were, fossil fuels were not mentioned – but animal farming was. Raising animals for food causes almost one-fifth of global greenhouse gas emissions and extensive other environmental damage, said Buddhist priest Tashi Nyima, citing a 2011 study by Humane Society International summarizing 289 scientific reports.

Ven. Nyima of the New Jonang Buddhist Community in Dallas was joined by Dr. Hind Jarrah of the Texas Muslim Women's Foundation and Dr. Pankaj Jain, anthropologist at University of North Texas and author of the book Dharma and Ecology of Hindu Communities: Sustenance and Sustainability. The three also spoke from their personal knowledge of environmental conditions in developing nations around the world. 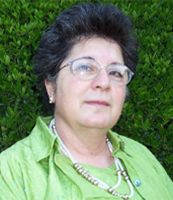 "One of the five pillars of Islam,” said Jarrah, “is the unity with the Creator of all creation… Concern for one another and the environment is intrinsic to Islam.”

Nyima, who is a spokesperson for Dharma Voices for Animals, said "all sentient beings, all existence, is connected and interdependent" in Buddhist teachings. "Non-killing” is Buddhism’s first vow, and extends to animals as well as humans. Jain echoed the value of honoring animals as an Indian tradition.

A core value of Buddhism is “'right view,' seeing things as they are," said Nyima. “World problems trace back to two wrong views: one, separation, that is, my separateness from the rest of the world, and two, the supremacy of the self.”

These views lead to consumerism. “We don’t think anything is enough.”

"In the U.S., the birth of one child has the economic impact of 70 Indonesian children,” said Jain. "In the U.S., a dog or cat is the equivalent of 12 Bangladeshi children.”

“How can we overcome political and economic forces involved in [the climate crisis]?” an audience member asked.

“Change has to start with me,” said Jain. “Being more conscious of how I'm consuming.” Nyima seconded, “What we buy is primarily responsible for climate degradation.”

“Speak truth to power,” he added. “Get in the way. Stop our silent complicity…  As people of faith, with dignity and constancy—not anger.”

“What use are all our churches if we cannot come together? We need to agree on what we agree… If we came together, we could do so much more.”

Jarrah added, “You have to address people based on what moves them. Weather events around the world are unbelievable, blizzards in the Middle East that have never been seen before… See what moves people and try to reach them in that manner.”

At the closing reception, audience member Sarah from Tarrant County commented: “You know, I agree with what was said about the churches coming together. There may be five of us in each congregation who are concerned about the environment. What would happen if we all connected?”