North Texans to be honored at Texas Sierra Club Awards 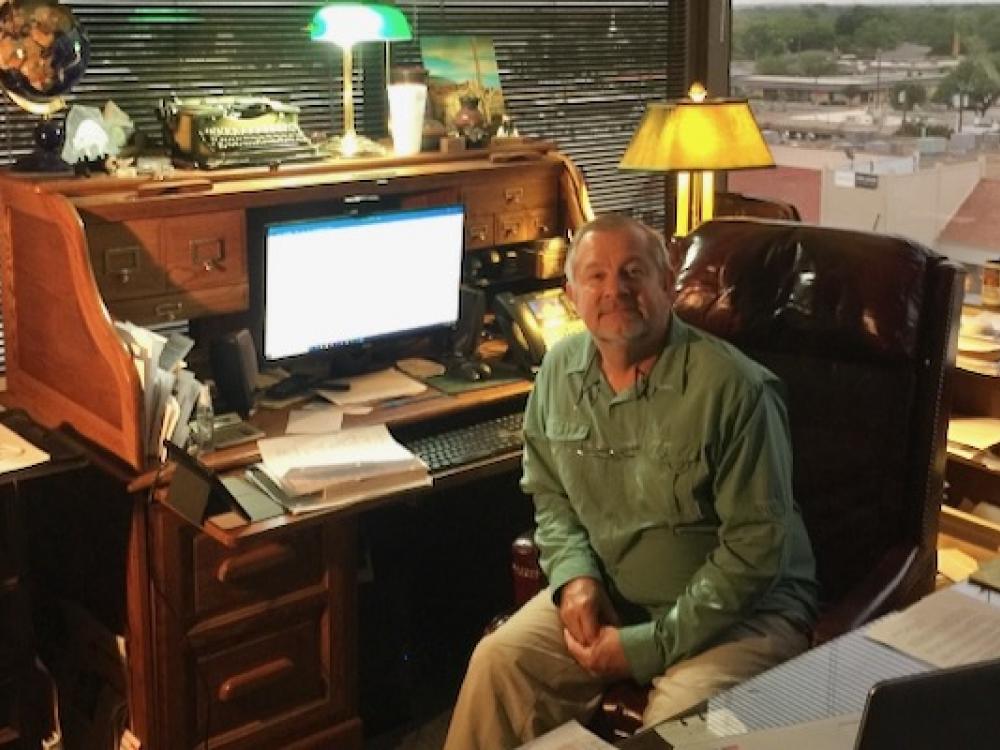 Green Source DFW director Wendel Withrow is among the winners to be recognized at the Lone Star Chapter of the Sierra Club on Oct. 16. Photo courtesy of Wendel Withrow.

Three North Texans will honored this month at the Texas Sierra Club’s Environmental Awards in a "hybrid" celebration to be held in person as well as virtually this year.

The Lone Star Sierra Club will host the annual awards at Chez Zee American Bistro in Austin on Saturday, Oct 16, at 6 p.m. The event will also be live streamed online. 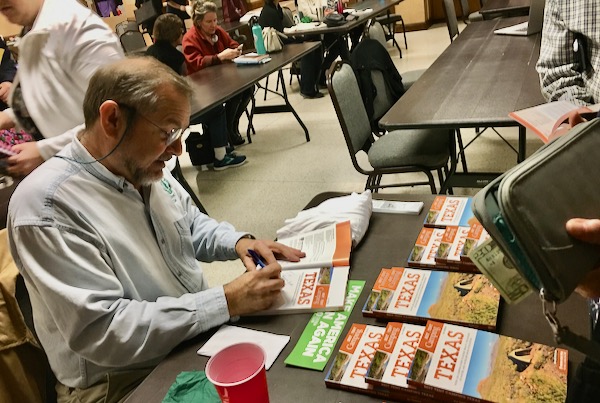 GSDFW director Wendel Withrow signs copies of his camping guide at a Greater Fort Worth Sierra Club meeting in 2019. Photo by Julie Thibodeaux.

Withrow took over as director of the Memnosyne Institute’s environmental programs in 2016, where he has overseen Green Source DFW and its annual green awards banquet, the Run for the Environment, Oak Cliff Earth Day, the Texas Green Report podcast and most recently the launch of the monthly Zoomcast Green Source On the Air.

However, next week, it’s his two decades as a volunteer for both the local and state chapters of the Sierra Club, that will be recognized with the Chapter Service Award.

According to Natalie Martinez, executive coordinator for the Lone Star Chapter, the award goes to members who have contributed significantly to the administrative activities of the chapter, including fundraising, membership and publications.

“Wendel was nominated and selected for his extensive time serving as the Dallas Group Chair – an amazing nine years! Wendel also served in other helpful capacities for decades.”

“He’s done so much for the Sierra Club,” he said. “He’s a leader and a hard worker.”

While many are familiar with Withrow’s stint heading up the Dallas group, many don’t realize he started at the top.

Before taking over as Dallas Sierra Club chair in 2006, Withrow served on the executive committee of the state chapter in Austin in the late 1990s and early 2000s. 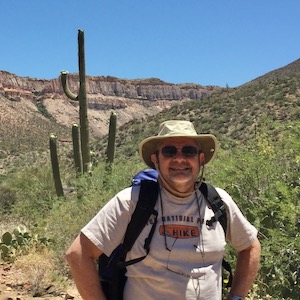 The Dallas attorney, who also penned a popular camping guide in 2009, credits Edward Abbey with setting him on the right path.

More than 10 years after earning a law degree from Texas Tech University, in 1989, he discovered Abbey’s Desert Solitaire, which opened his eyes to nature’s plight.

He then joined the Sierra Club to become a crusader for the environment. He started out volunteering his photography skills and eventually rose to chair of the Lone Star Chapter executive committee.

“During the years I was chair of the [state] chapter, we had many challenges, including some very rough financial years where we had to be creative and pull together to keep working toward our mission of promoting clean air and water,” he said.

He credits the leadership of Ken Kramer, who served as the Lone Star Chapter’s executive director at the time, for keeping the organization on track.

In the mid-2000s, he took over as Dallas Chapter’s chair.

“After so many years, all the good times seem to run together,” said Withrow of his tenure.

But he credits the committed members for keeping the cogs turning.

“The Sierra Club is a multi-faceted organization and it takes a lot of dedicated volunteers to make it work,” he said. “When you have people like Rita Beving, David Griggs, Terry Sullivan and all of these incredible people for nearly 20 years, all I had to do was keep the ship going in the right direction.” 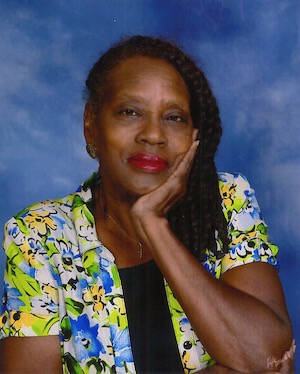 Another Dallasite being lauded is Renee Roberson, who will receive the Environmental Justice Award for her work helping under served communities in South Dallas.

Roberson is a Parish Nurse for the Catholic Diocese of Dallas and her own Parish Holy Cross Catholic Church located in Oak Cliff. After earning a BSN in Nursing from Texas Christian University, she completed a Master’s in Public Health from Walden University in 2014.

Since 2019, Roberson has served as Co-Program Chair for the Lone Star Chapter of the Sierra Club. She started the Green Team at Holy Cross Catholic Church providing sustainability education using the guidelines of Laudato Si, an encyclical written by Pope Francis. She uses the support and collaboration of the Sierra Club’s Conservation Committee to educate the community, especially the youth and provide resources for community gardens. This collaboration includes networking with other grass root environmental groups, assisting the community in specific environmental challenges, participating in environmental policy that prevents disparities in disadvantaged communities. She is Interim Environmental Climate Chair for the NAACP Dallas Chapter. 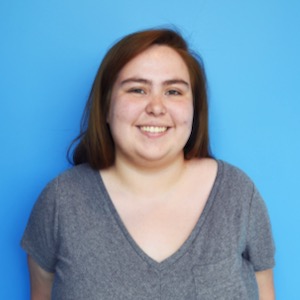 John MacFarlane, chair of the Greater Fort Worth Sierra Club, nominated her for the award.

Samsel was hired in June 2020 through a partnership with Report for America as the Star-Telegram’s first full-time environmental reporter.

Since arriving at the Star-Telegram, MacFarlane noted she has written nearly 100 articles bringing attention to a variety of environmental topics such as prairie preservation, air pollution and natural gas drilling.

He added that her articles are putting a spotlight on important issues, with many making the front page of the paper.

“That is a first for Fort Worth, where climate change and other environmental issues have never been front page news,” said MacFarlane.

About: The event hosted by the Lone Star Chapter of the Sierra Club will be held in person and online. Masks will be required for the in-person event, which will be operating at a reduced capacity within the event space.

Where: Chez Zee, 5406 Balcones Drive in Austin, as well as livestreamed online

North Texans to be honored at 2020 Texas Sierra Club Awards