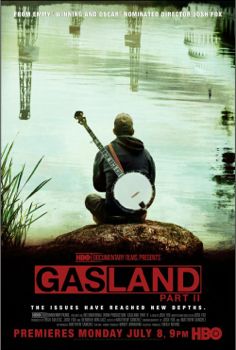 North Texans can attend a free screening of Gasland 2 this weekend and hear from the filmmaker who’s become a cult hero in the anti-fracking movement. The sequel to the Academy Award nominated documentary Gasland will be showing at 7 pm. Friday, Sept. 27, at the Texas Theatre in Dallas, and at the Ridglea Theater in Fort Worth, Saturday, Sept. 28.

At both screenings, director Josh Fox, who’s been called a modern day Rachel Carson, will be on hand to answers questions following the movie. While Carson was the first to sound the alarm on the dangers of pesticides, Fox offers the most  compelling tale so far on the dangers of gas drilling.

According to Earthworks organizer Sharon Wilson, who helped coordinate the local screenings, while the first film provided a snapshot of what was happening across the U.S with regards to natural gas drilling, Gasland 2 goes further into why. 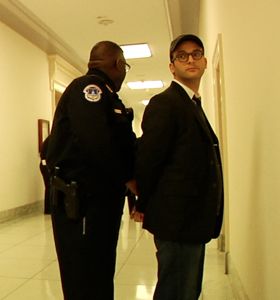 “The industry is pumping so much money in Congress. It’s fracking our democracy,” said Wilson, a longtime anti-gas drilling blogger.

Don Young, founder of Fort Worth Citizens Against Neighborhood Drilling Ordinance, helped coordinate the Fort Worth screening, which will include appearances by Deborah Rogers, Calvin Tillman and Steven Lipsky, who were featured in the film.

Young met Josh Fox in 2008, when the director was filming segments for the first Gasland movie in Fort Worth. What stands out for Young about the films is the tenacity of Fox himself.

“He’s just this lone guy going around talking to people,” said Young. “He made the word fracking a household word.”

Young boarded Fox at his home for a few days and gave him the tour of Fort Worth drilling. Both he and Wilson's interviews appear in the Gasland DVD's bonus features.

“He’s a nice easy-going guy who is extremely smart,” he said. “He was filming constantly.”

Young and Wilson are hoping for a good turnout. Wilson said the Texas Theater holds 450 people but attendees are asked to RSVP. Young said the Ridglea has ample bar-style seating and parking. Doors will open at 6 pm for those who want to arrive early and mingle with representatives from local environmental organizations. There will also be popcorn and a full bar.

Julie Thibodeaux covers environmental issues, green topics and sustainable living for Green Source DFW. Previously, she worked as an editor and writer at the Fort Worth Star-Telegram. Contact her at Julie@greensourcedfw.org. See jthibodeaux.com.