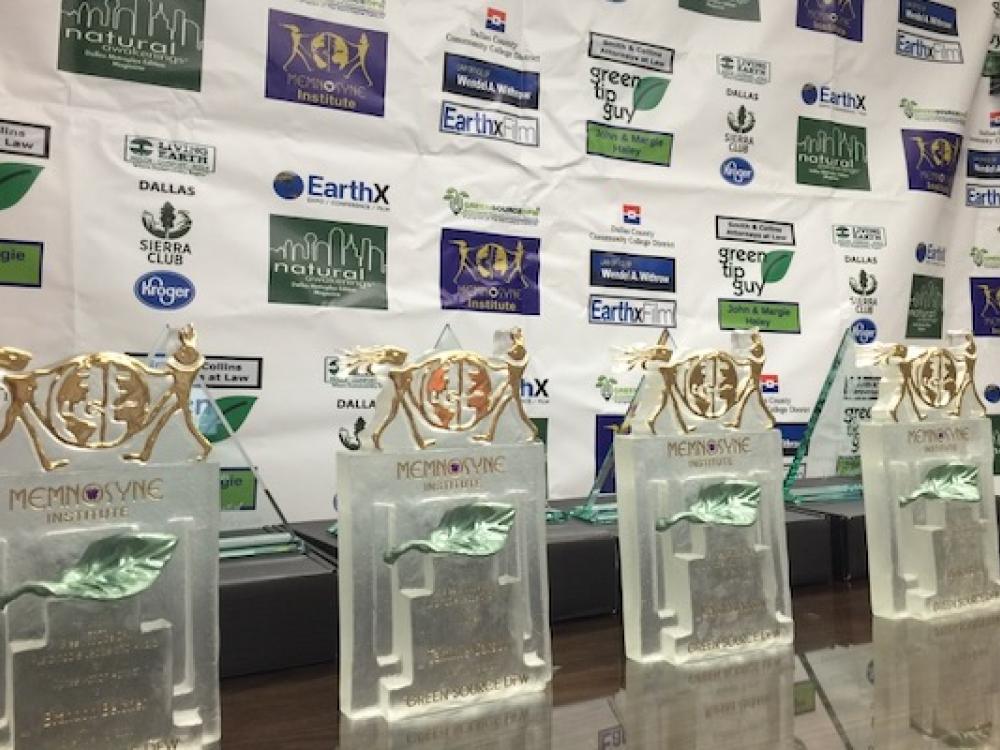 More than 50 people attended the virtual event, hosted by Green Source DFW and its parent nonprofit the Memnosyne Institute.

The program kicked off with the Environmental Justice category with awards going to Olinka Green and Marsha Jackson. 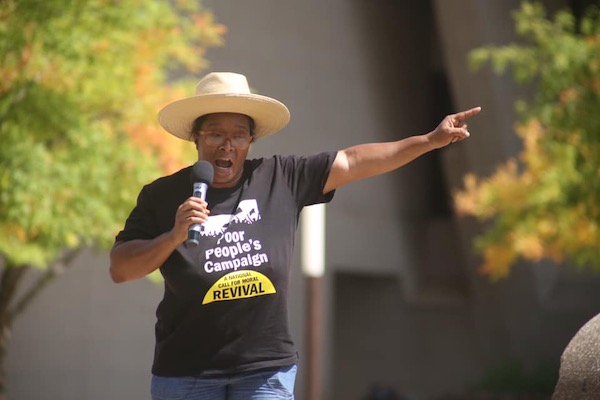 Green has been a social and environmental activist for 20 years in Dallas. Last year, she traveled to DC with Corey Troiani of Texas Campaign for the Environment to lobby the EPA to speed-up cleanup at the Lane Plating Superfund site in South Dallas. She also attended the Climate Reality Leadership Training in Atlanta. In addition in November, she co-organized a bus tour of pollution sites in South Dallas that was attended by community leaders and filmed by PBS for a documentary to be released soon. 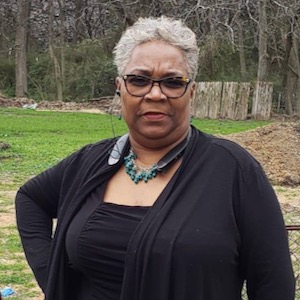 Meanwhile, Jackson is the founder of Southern Sector Rising, a coalition fighting against racist zoning in Dallas. Jackson’s activism began in 2018, after an alleged recycler amassed a pile of asphalt shingles behind her home in southern Dallas. That pile grew to be known as Shingle Mountain and she’s been fighting to get it moved ever since. Along with her group Southern Sector Rising, she’s brought local and national media attention to racial zoning and was recently filmed by broadcast journalist by Soledad O’Brian for a documentary. 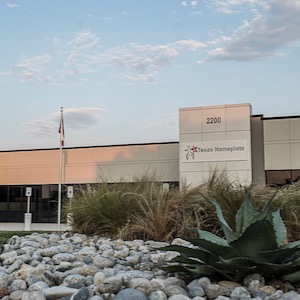 For decades, Texas Nameplate Company racked up fees and fines for pollution violations. Then in 1985, owner Dale Crownover had an epiphany - he didn’t want to an environmental “bad guy” anymore. So he radically re-invented the name plating business, eventually building a state-of-the art “green” manufacturing facility in 2017. They now recycle acid, reclaim solvents, use water-based paints and have reduced water usage by 90 percent. Today the company gives tours and is a model for the industry. 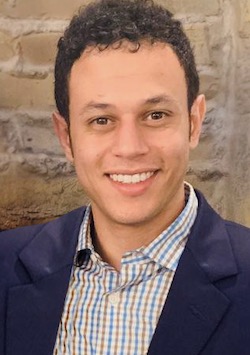 Good Faith Energy founder Mohammed Abdalla's first job after graduating from college was landman with an oil and gas company. He was shocked to see the pollution first-hand from drilling operations. After soul-searching, he left the industry to start his own company installing solar systems with the planet in mind not just profit.

Today his company has garnered a reputation for its excellent service, its environmental integrity and diverse staff. 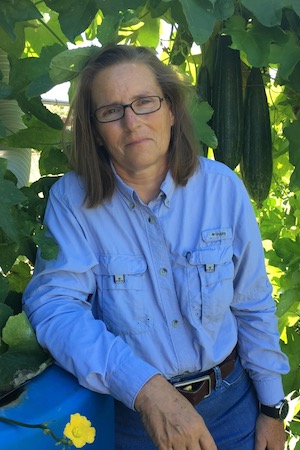 Deb Terrell in North Texas as the Luffa Lady. Courtesy of Deb Terrell.

Meanwhile, Terrell is a big advocate for luffa, a tropical vine in the cucumber family known for its versatile uses. She has created a small business to sell her creative crafts made from the plant’s fruit, which she grows on her pollinator-friendly farm in Wise County.

The Conservation Activist Award went to Brandon Belcher, a preserves manager for The Nature Conservancy. Working out of the Clymer Meadow Preserve, Belcher is one of the top local experts on native prairies in North Texas. 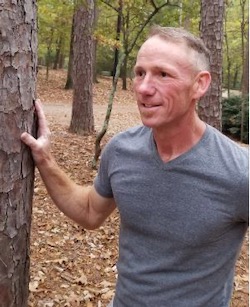 He is known in naturalist circles as an engaging speaker, teacher, tutor and resource for journalists.

“Brandon Belcher is without a doubt the most important Blackland Prairie activist in North Texas,” said his nominator Amy Martin. “He’s an indispensable resource to those trying to save North Texas prairies.”

The Green Project or Program Award went to the City of Fort Worth Residential Food Scrap Composting Pilot Program, the first of its kind in North Texas. The program’s team leader Flavia Paulino accepted the award. In its first year, the program has enrolled more than 1,000 residents who have diverted 70 tons of food waste from the landfill. With its remarkably low contamination rate, this highly successful pioneering program serves as a model to other North Texas cities. 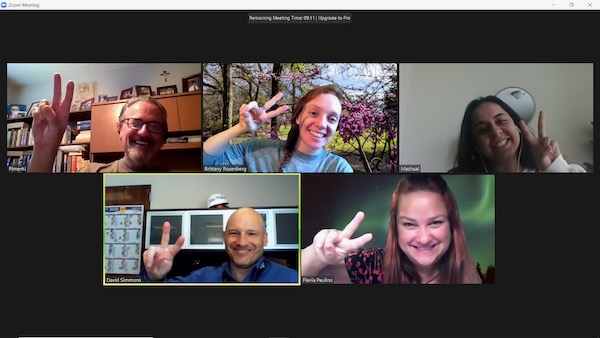 The city of Fort Worth Material Management team won for the city's residential food scrap composting pilot program, the first of its kind in North Texas. Courtesy of Flavia Paulino.

Tammie Carson was chosen as the winner of the Coke Buchanan Volunteer of the Year Award. 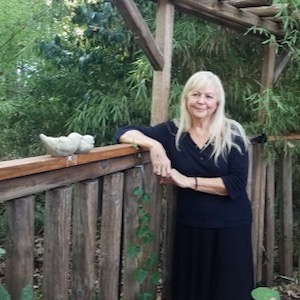 Carson is an Arlington-based activist known for her reliability and dedication. She’s been a fixture in the Arlington environmental scene and a volunteer in almost every local effort to advance environmental protection, racial justice and animal rights. Most recently, she's been involved in Liveable Arlington's fight against gas drilling.

Our plucky team of reporters bring their diverse backgrounds in journalism to cover local environmental news - covering a wide range of topics from prairie preservation to plant-based dining to pollutors. With news outlets spread thin, our dedicated team follows green issues and initiatives that would otherwise go unreported on. They each have gone above and beyond for their stories to educate readers on these important topics. 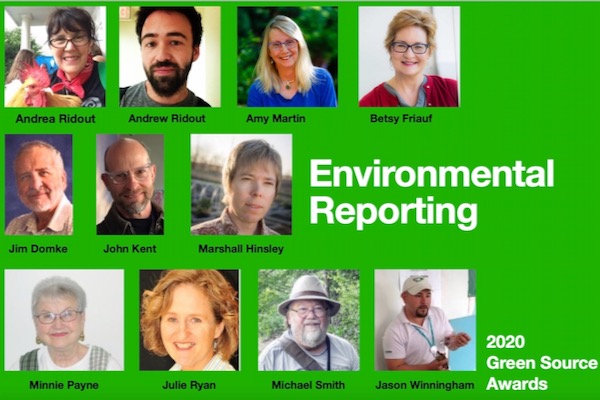 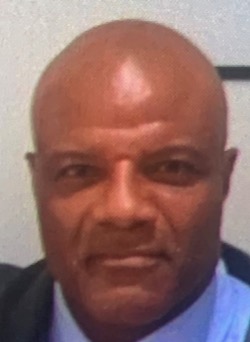 Moses Boyd was the keynote speaker. Courtesy of Moses Boyd.

He shared his insight into the current political climate as a longtime Washington insider.

He pointed to similarities between the climate crisis and the Covid-19 crisis, describing both as equalizers that affect all people regardless of their economic status, race, gender and whether they believe the issues are hoaxes or not.

He described how unbalanced power dynamics contribute to those on top continuing to take advantage of those weaker in influence. He urged unity in action, using an analogy of wildlife, such as wildebeest, which form a ring to protect themselves from preying lions.

The entire awards and Boyd’s rousing speech is posted below. Boyd's presentation The Relationship between Environmental Justice and Climate and Social Justice begins at 57 minutes. Read more about the nominees in the archive articles below.