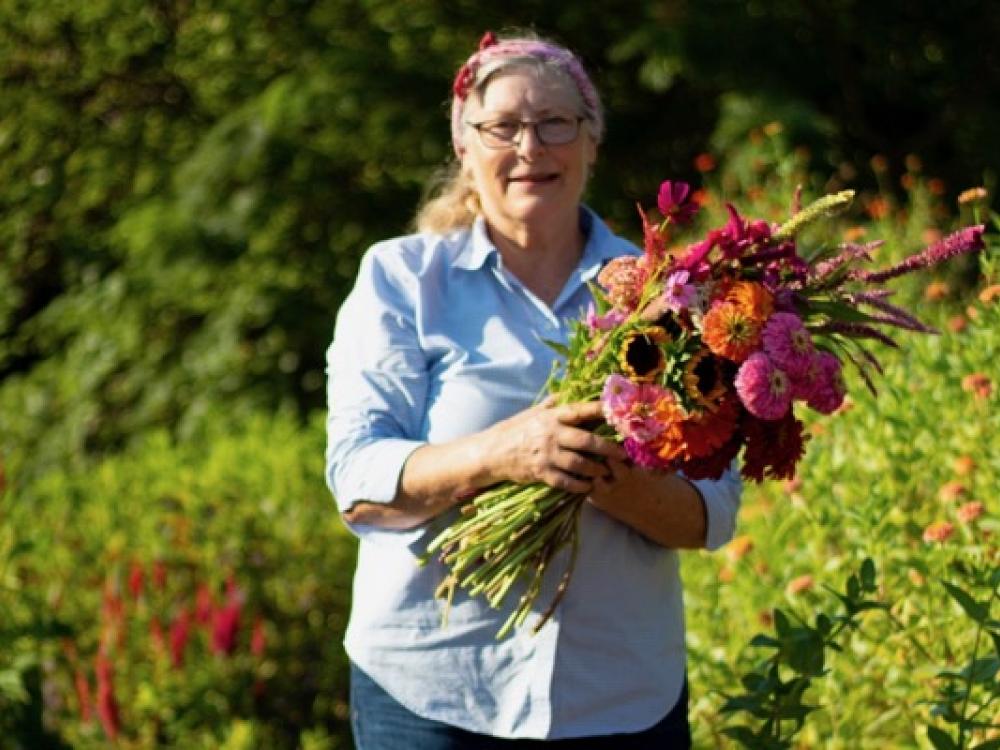 Traditional cut flowers don’t cut it for green advocates like Amanda Vanhoozier of Coppell. That’s why she started her own eco-friendly flower farm.

Like many greenies, Vanhoozier enjoys the beauty of cut flowers but not the way they’re shipped from around the globe, laden with pesticides. 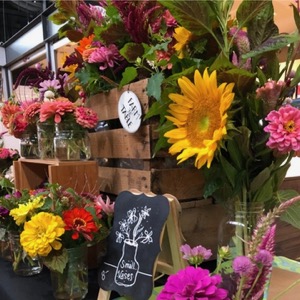 That's why, in January, the organic gardening and sustainable agriculture proponent decided to dig into the business herself. Now she's growing specialty cut flowers that can take the North Texas climate while creating distinct, seasonal bouquets.

She uses only organic gardening practices on the eighth of an acre she farms in Old Town Coppell, righting the wrongs she sees in the commercial flower farming industry that’s heavily dependant on insecticides, herbicides and fossil fuels.

“There was a book called Flower Confidential that came out exposing what the flower industry is, and I was like, ’Ah, this is terrible!’ I’m never going to buy flowers again at the grocery store,” Vanhoozier says about the 2007 publication. “So after the book, there were more flower growers, and of course most of them are in California and the Northwest.”

But in Texas, or even the Southwest U.S., the green bouquet business never took root, so Vanhoozier eventually grabbed a spade fork, bought pounds of flower seed and got to work in her one-person operation she calls Bishop Hill Farm Flowers.

Her colorful, delicate and somewhat rustic bouquets are inspired by each season: poppies, bells of Ireland, dianthus and larkspur in the spring; sunflowers, zinnias celosia, basil and grasses in the summer; a revival of summer-weary dahlias in the fall – whatever grows in each season’s climate. She’s been in business for less than a year, so she says her offerings will expand as some varieties must be planted in the fall to bloom in early spring, like the anemones and ranunculuses she plans to plant this November so they’ll be ready for picking after February. 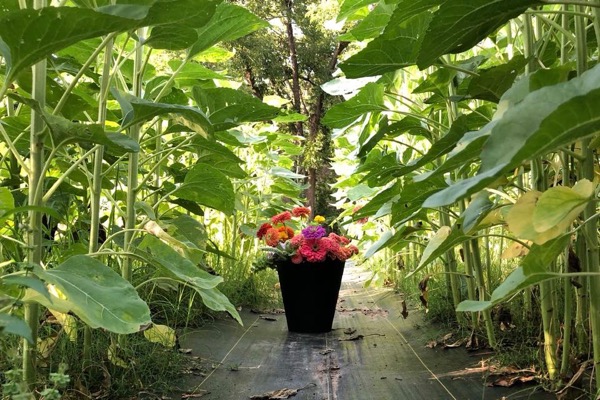 Vanhoozier admits she had mixed feelings about cutting her flower crops at first.

About the practices that make her little farm more sustainable than its industrial scale counterparts, Vanhoozier says she uses a no-till method to prepare her soil, which shuns destructive tiller tines in favor of a gentler way of loosening the soil so she can plant seeds without disturbing the intricate soil biome that plants need to thrive. Instead of using herbicides, she keeps weeds down by covering her rows with black, plastic landscaping cloth that can be reused for years. Cardboard and mulch cover pathways, and drip irrigation keeps water usage to a minimum while hydrating her crops. A believer in the benefits of composting, she says she uses copious quantities of compost tea rather than ocean-polluting synthetic fertilizers.

“I think it’s made me be able to keep growing even through the heat of the summer. I really put a lot into compost tea because it’s so important,” Vanhoozier says. “So far, I haven’t had a real pest [problem]. The worst that I’ve had is a little caterpillar in the back of the sunflowers, so I used Bt [Bacillus thuringiensis] which is an approved organic treatment for caterpillars, and one spray took care of it.” 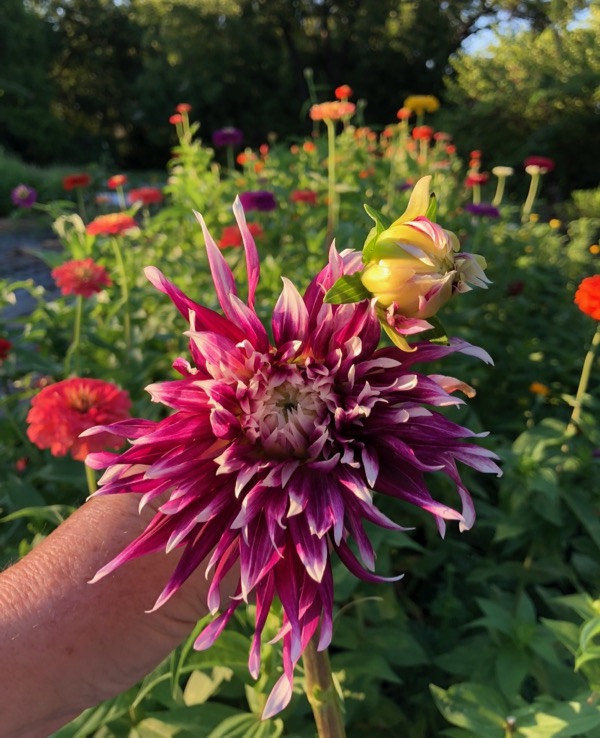 An experienced gardener who’s taught workshops on organic vegetable gardening at North Haven Gardens Garden Center, Vanhoozier says the hardest part of making the transition to flower growing was overcoming her reluctance to harvest the flowers.

“The hardest thing for me was to cut them the first time because you always enjoy your garden, you know, and all the flowers you go out and look after them, but once you cut them they start going and you’ve got to move them. I realized that over the summer; the more you cut the more they [blossom],” she says.

Vanhoozier says half of her day is spent tending the crops for three to four hours; the other half is for making her bouquets ready for market. Sunflowers need darkness, basil has to stay warm, and zinnias must be cooled while buckets and utensils are always in need of cleaning.

“Everything has its own protocol. A poppy [stem] has an oozy milk, so you have to harvest poppies and burn the end so that it closes,” she says. “Some things like basil, I use basil in lots of my bouquets, it will start wilting if it gets cold and will start blackening. You can’t cut a zinnia when the head wobbles a little bit, so you have to wait till it has a straight up, erect stem. Otherwise, it will fall over. So there’s all those little things [you have to consider].” 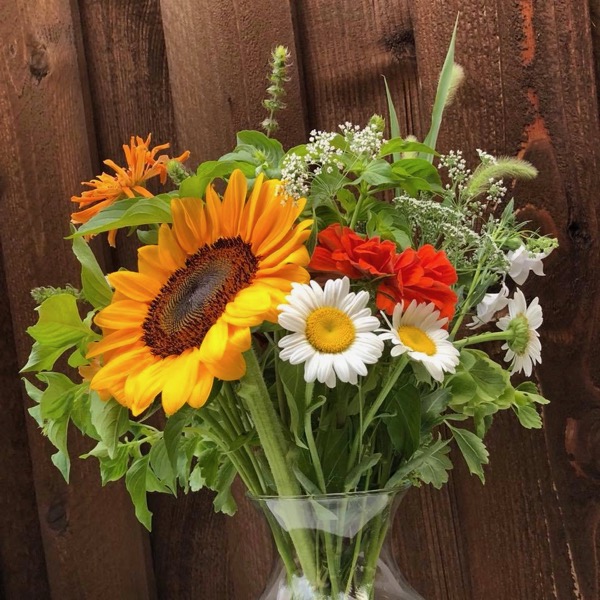 Amanda Vanhoozier says her flowers last as long as two weeks after purchase.

Despite her motivation to meet a demand for cut flowers in North Texas while causing the least harm possible to the environment where she farms them, Vanhoozier says vase life and variety are what appeal most to local buyers. Because they’re locally produced, her bouquets reach customers faster than out-of-state rivals and therefore last up to 14 days. And because she’s a little freer from the profit motive, Vanhoozier can offer flowers that can’t quite endure the rigors of commercial production methods.

“The most common feedback I get from my customers is ‘I can't believe your flowers have lasted almost two weeks now.’ And if you're buying grocery store flowers, you know sometimes it's like two days and they start doing weird things, or maybe not even a week,” Vanhoozier says. “I want to draw people's eyes to nature. So many people at the market stop and they go ‘That [celosia] looks like something that's under the water but it’s a plant, and they'd never really seen that before because a lot of florists and the floral market are [only interested in] what ships and what sells real well, and it's a lot of the same.”

Vanhoozier’s growing clientele consists of subscribers in the Coppell area who receive a weekly bouquet delivered to their home or business and buyers who find her offerings Friday through Sunday at Market Provisions at the Dallas Farmers Markett. Her customers keep up to date on what’s growing and what's for sale through her Facebook page and Instagram account. 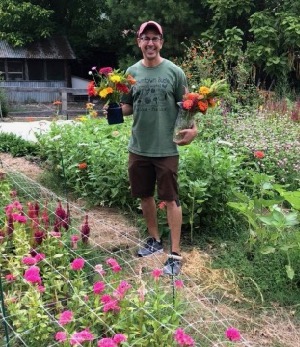 A subscriber stops by for fresh-picked bouquets at Vanhoozier's farm in Coppell.

Vanhoozier says she plans to add about 1,000 square feet to her farm soon but has no interest in her operation growing larger than what she can tend by herself. She’s primarily an organizer in the local ag scene, promoting sustainable production and helping growers and customers come together in a movement that promises independence from imported agricultural products.

That was her motivation in founding the Coppell Farmers Market and her guiding principal when she worked as director of market operations at the Dallas Farmers Market. It’s also why she started the website, Just Picked TX which showcases local farms and how to buy from them. Tending her own display at the Dallas Farmers Market on Sundays, meeting customers and wrapping their orders up, she enjoys the face-to-face chance she gets to spread the word about sustainable agriculture and maybe even motivate aspiring flower farmers to follow her example and grow specialty cut flowers on a bigger scale.

“I imagine over the next five years that there will be people who go into big time flower production. I'm just trying to create the marketplace, create the buzz about local flowers. That's why I stand down there at the farmers market and talk to people about why you want to have local flowers,” she says.