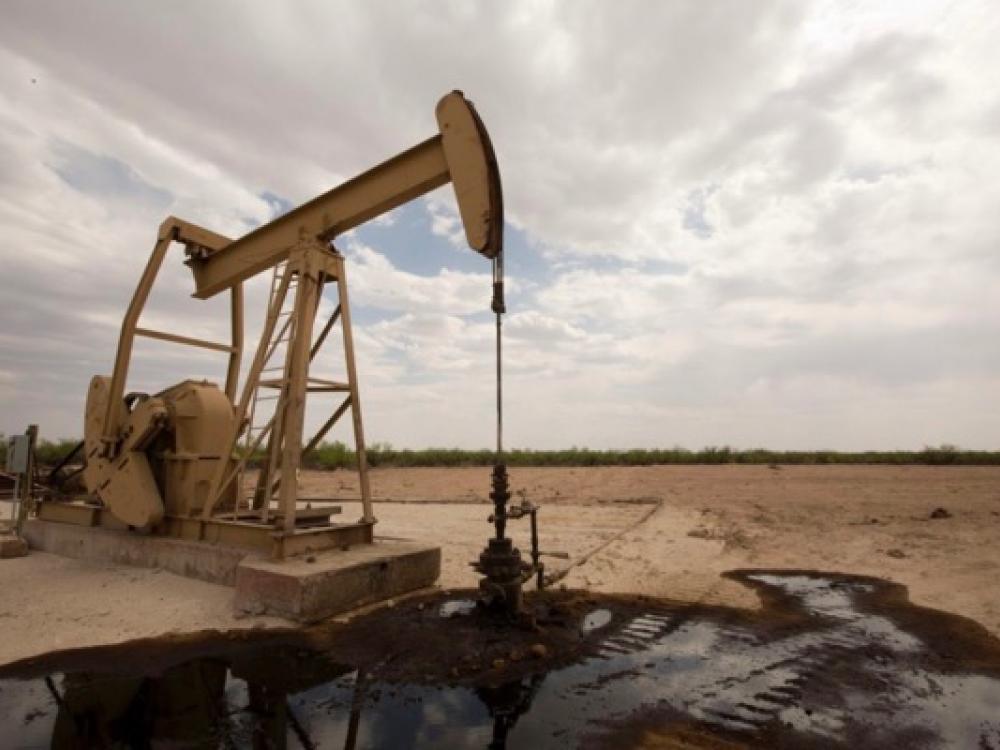 A new study by the University of Texas at Austin documented 7,000 earthquakes near Pecos since 2009. Above, jumpjack with oil on the ground in Pecos County in West Texas in 2018. Photo by Marjorie Kamys Cotera/The Texas Tribune​.

West Texas has seen a dramatic increase in earthquakes, jumping from 19 in 2009 to 1,600 in 2017 alone, according to a new study published Monday by the University of Texas at Austin.

The study, which was published in the Journal of Geophysical Research: Solid Earth, tracked nearly 20 years of seismic activity. The scientists documented more than 7,000 earthquakes near Pecos starting in 2009, most of them so small that no one felt them. The scientists used an earthquake monitoring system that was “some distance” from Pecos but sensitive enough to pick up vibrations 150 miles away.

“West Texas now has the highest seismicity rates in the state,” co-author and Souther Methodist University Associate Professor Heather DeShon said in a written statement. “What remained uncertain is when the earthquakes actually started. This study addresses that.”

While earthquake activity coincided with a large increase in oil and gas production in West Texas, the study does not try to link the two.

The research lays the groundwork to understand “the relationship between earthquakes and their human and natural causes,” Peter Hennings, the study's co-author and a research scientist at the UT Bureau of Economic Geology, said in a written statement.

West Texas has seen oil and gas production increase at unprecedented rates, aggravating air pollution and leading to a housing crunch, according to a 2018 joint investigation by The Texas Tribune and Center for Public Integrity.

Stacy Fernández is the Texas Tribune’s breaking news reporter. She can be reached at sfernandez@texastribune.org.