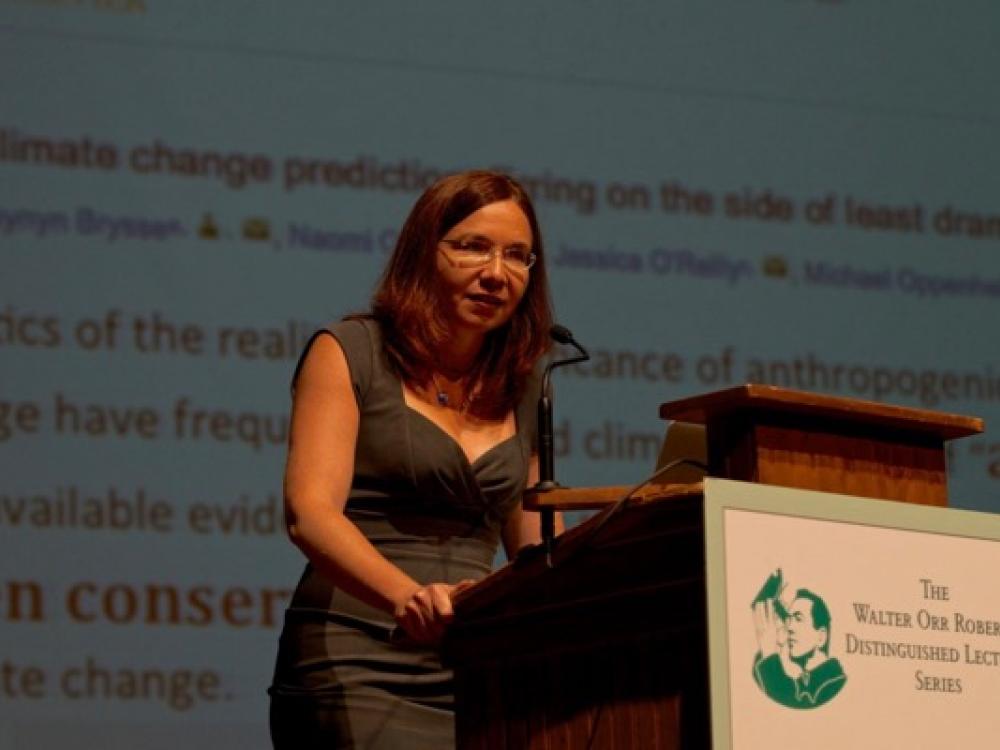 Dr. Katharine Hayhoe, an international authority on climate change, is the star attraction for the North Texas Climate Change Symposium on Feb. 4.

Local interest in climate change appears to be heating up.

The second annual North Texas Climate Change Symposium set for next week has been sold out for over a month, according to James McGuire, director of city of Dallas’ Office of Environmental Quality and Sustainability.

With 220 people registered, more than 100 people are on the waiting list, he said.

The free event, hosted by the city of Dallas and the Dallas Bar Association Environmental Law Section, will be held Feb. 4 at Belo Mansion in Dallas.

The star attraction for the day-long event is Dr. Katharine Hayhoe, an international authority on climate change. Hayhoe is a climate scientist, a political science professor and director of the Climate Science Center at Texas Tech University, part of the Department of Interior’s South-Central Climate Science Center, as well as an evangelical Christian. Hayhoe made TIME's list of 100 Most Influential People in 2014. She will be speaking at 11:30 a.m.

In addition to Hayhoe, attendees will be updated on the city of Dallas’ climate action plan, which passed a hurdle at last week’s city council meeting. Dallas City Council voted to hire AECOM to develop a climate action plan for the city.

“We are very pleased about the outcomes from last week’s City Council meeting,” said McGuire. “Now, the work begins as we look to start the process with AECOM in February and also becoming a C40 city. We will have a lot of local items to talk about at this year’s North Texas Climate Change Symposium.”

Other breakout sessions will cover climate change as it relates to public health and the economy.

There will also be a roundtable discussion with elective officials on climate action planning at the local, state, and federal level.

Hosted by: City of Dallas and the Dallas Bar Association Environmental Law Section