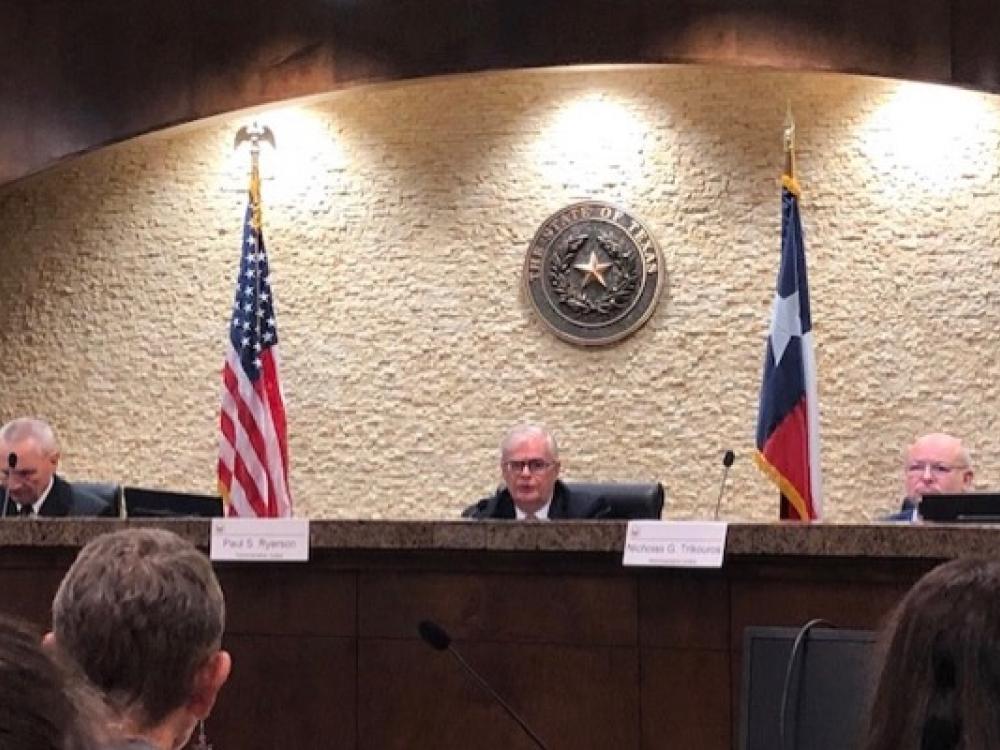 judges from the Atomic Safety and Licensing Board listened to arguments against a proposed high-level radioactive waste dump at a hearing in Midland this week. Photo courtesy of Karen Hadden.

A hearing was held this week in Midland concerning a controversial proposal to ship the nation’s nuclear waste to West Texas by rail.

About 50 activists, including some North Texans, traveled to the remote venue 300 miles west of DFW, to protest the proposed radioactive dump.

The entity which has applied for the license is Interim Storage Partners, a partnership of Waste Control Specialists and Orano USA. They've submitted a proposal to accept 40,000 metric tons of used nuclear fuel at WCS's 14,000-acre site, 30 miles west of Andrews. Their plan is to store it for 40 years, until a permanent storage site can be located, with an option to extend the license at 20-year intervals.

The Department of Energy is required by law to locate a permanent storage site for high-level radioactive waste. However, plans for a permanent disposal site at Yucca Mountain in Nevada have been shelved after fierce political opposition.

“They want to bring 40,000 tons of this waste and store it above ground and stay there at least 40 years, maybe 60, maybe 100 years or until there’s a permanent repository,” said Karen Hadden of the Austin-based Sustainable Energy and Economic Development Coalition, at a press conference before the hearing. “In 60 years, the government has failed to develop a permanent repository. We think this waste could be coming to Texas forever.” 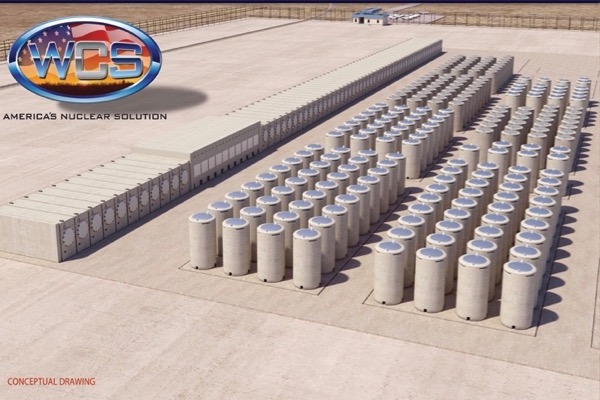 If the application is approved, potentially deadly used fuel from nuclear reactors across the U.S. could soon be traveling through urban communities, including DFW, by rail.

Attorneys for Sustainable Energy and Economic Development Coalition, Sierra Club and Beyond Nuclear spoke at the hearing held by an Atomic Safety and Licensing Board Panel. In addition, representatives for the Fasken Land and Oil and Permian Basin Land and Royalty Owners also spoke in opposition to the proposed high level radioactive facility.

“The most concerning thing for us is our communities and our workers in the oilfield and that potential contamination,” said Tommy Taylor, Fasken director of Oil and Gas Development, told the Midland-Reporter Telegram.

He said there was a possibility the casks that would store the waste could be opened in an industrial accident or a terrorist attack.

“If those casks get open, they are full of the most toxic substance mankind has ever made,” Taylor said. “The radiological release would be astronomical.” 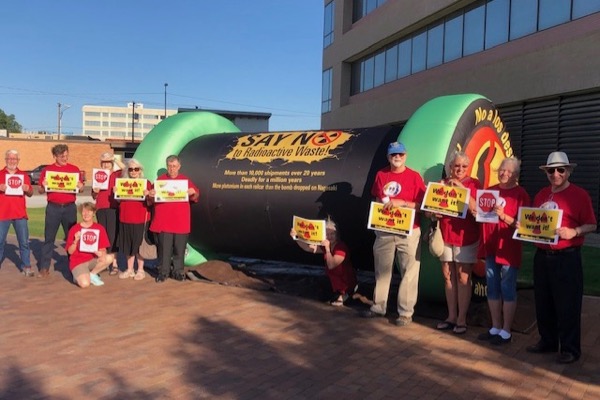 Protestors came out to protest a proposed West Texas nuclear waste dump in Midland this week. Courtesy of Karen Hadden.

No public comments were allowed. However, a few dozen activists wore red t-shirts and held signs outside the courthouse.

The panel of three judges, two nuclear engineering experts and one attorney, will decide by Aug. 26 if the groups representated at the hearing have standing in the discussion and whether any of their 50 contentions merit further consideration.

“Attorneys did a great job of speaking up for our health and safety and pointing out flaws in WCS’ license application, including the fact that it is illegal to construct and operate a consolidated high-level radioactive waste storage facility under current federal law because there is no permanent repository,” said Hadden, in an communication to supporters. “They also noted that this application would result in unprecendented transportation of over half of the nation’s existing irradiated fuel rods.”

“This is dangerous, dangerous waste and there’s no reason for it come to Texas.”

Hadden said that most of the public seems unaware of the fate that hangs in the balance for the Lone Star State.

“It’s complicated. It’s seems far down the road. It’s hard to fathom,” said Hadden. “But the awareness is growing.”