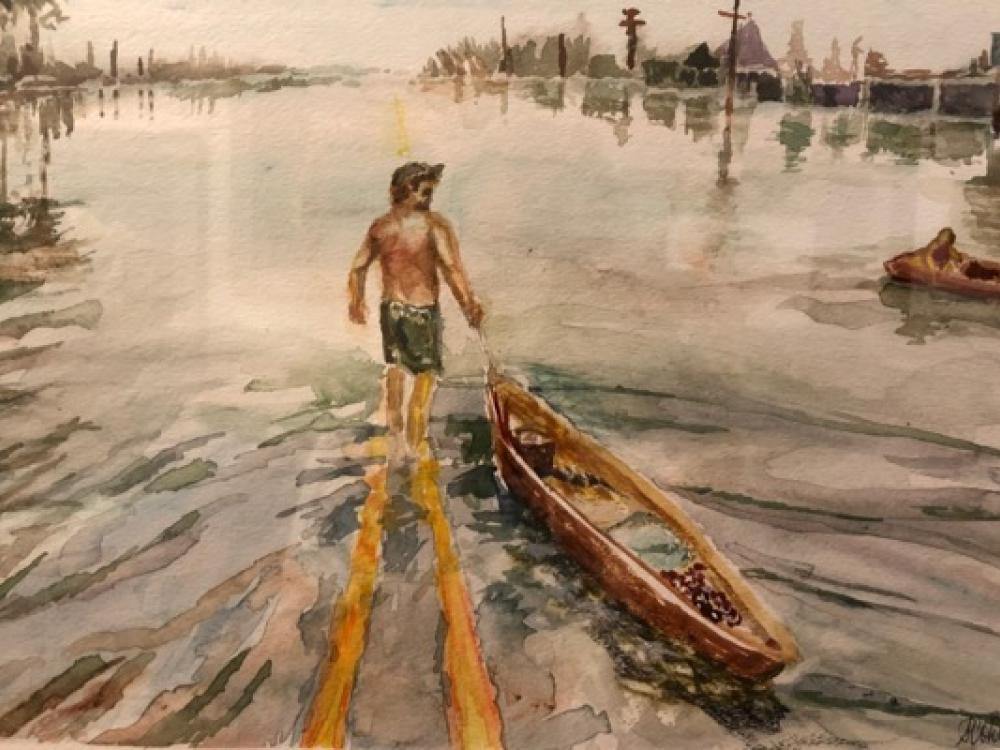 The second annual Climate Change Art Exhibit will be held thru Sept. 29 in Waco. Above, "Storm Surge Horizon" by Pamela Hunt. Photos courtesy of Alan Northcutt.

Last night, when you were asleep and even today as went about your business, sea levels rose, wildlife went extinct and the political leaders in charge of protecting you instead colluded with those who are harming you: these are the messages of the second annual Climate Change Art Exhibit going on now through Sept. 29 in Waco.

Presented by Waco Friends of Peace/Climate, the show presents all aspects of manmade climate change through the more than 50 original works of oils and acrylics on canvas, video installations, sculpture, charcoal drawings, digital art and multimedia on view at the Waco Winery and Vineyards Tasting Room and Rooftop Patio, 708 Austin Avenue in Waco. 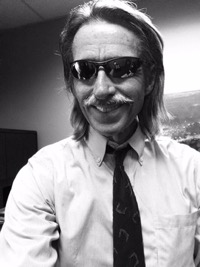 Viewers will get a peak at the world’s potential future as envisioned by the Waco-area artists through such works as a cityscape flooded by rising sea levels in one part of the globe while drought and heat parch the Earth in another. A power plant surrounded by cracked soil in another piece reminds viewers of a major cause of a possibly irreversible point of no return. A sea turtle depicted with colorful straws creates an ironic image of the lives that will vanish under a severe climate and the continuing plastic pollution of the world’s oceans.

Show curator Alan Northcutt says the artists range from professionals to amateurs with a sampling of works from school children in a presentation that stretches from dazzling and moving to captivating and even horrifying. 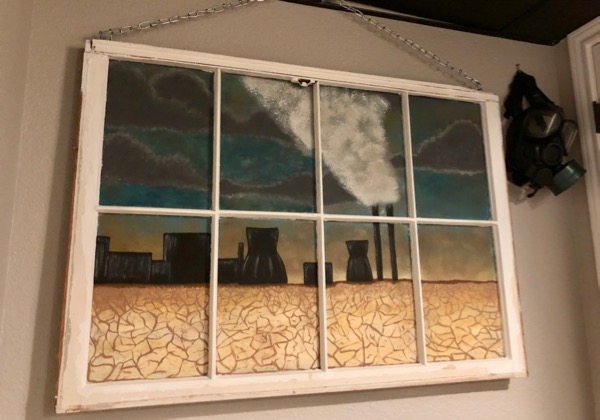 Both artist participation and show attendance have almost doubled since the first show last year, Northcutt say. He attributes the increase in interest to the original show’s success and the extreme heat and drought in the Waco area over the summer, which pushed the topic of climate change to the forefront of people’s mind. Also, the larger location for the show is better for presenting the pieces in an enticing and relaxed environment suitable for viewing and contemplating the works.

“The venue was excited to have our exhibit,” said Northcutt. “The Waco Winery is one of the largest art galleries in Waco and is a beautiful and interesting structure with an outdoor patio.

“We have more art this year and some new artists. Some of the best professional artists in Waco are participating.”

The show’s reception is set for 6 p.m. to 8 p.m. on Sept. 15 and will feature entertainment from Texas singer and songwriter Katie Stewart, complimentary wine with snacks, and a chance to win one of several door prizes. The science behind several of the pieces will also be presented, and attendees will have a chance to speak to artists about their works. 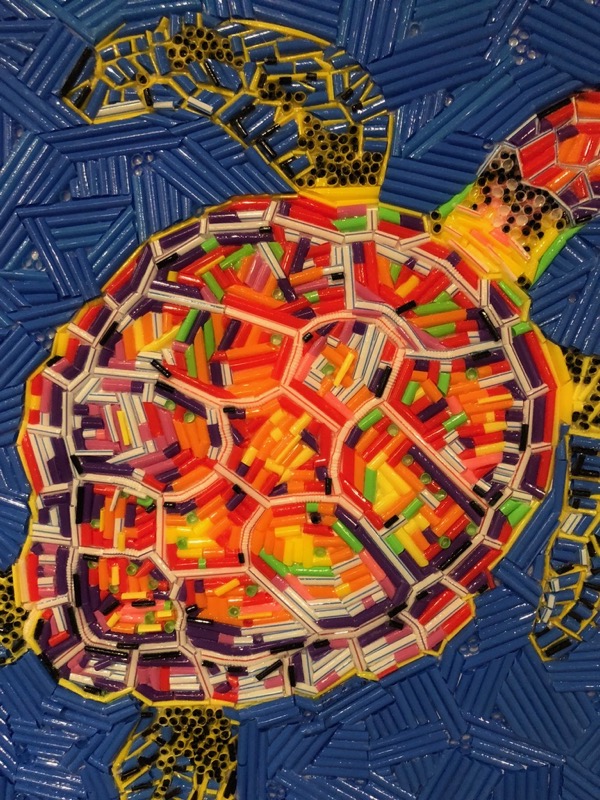 “Voice of the Turtle” by Katie Lairmore.

Also at the reception, the recipient of the People’s Choice award and the first, second and third place winners of the juried show will be announced and receive cash prizes based on the criteria of relevance to the theme and overall artististic excellence. Admission to both the show and the reception is free.

Northcutt says the goal of the show is to “make more people aware of climate change, help visitors realize climate change is a global crisis and hopefully change the mind of a few climate deniers.”

Waco Friends of Peace/Climate sponsors the show as part of the nonprofit group’s mission to address anthropogenic climate change through education and direct action. The organization was founded in 2002, and more than 50 current members meet monthly as an active environmental force in Central Texas.

“We are a grassroots, direct action climate group,” said Northcutt. “One of our goals is to increase awareness of climate change and educate people to act. That’s the goal of the art show. We provide a detailed, three-page handout which lists abundant actions citizens can take to combat climate change, vote properly and educate themselves on climate.”

Despite the fact that political leaders around the world and especially in the U.S. continue to drag their feet on addressing the causes of human-caused global warming, a University of Michigan and Muhlenberg College survey last summer shows more than half of the U.S. population now accepts that climate change is real and affected by human activity. 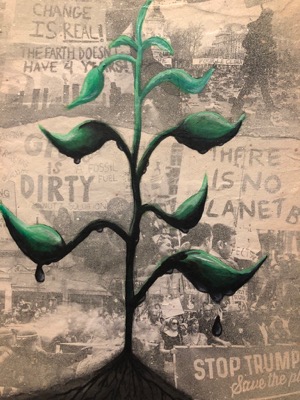 Northcutt says the science is clear that climate change is an existential threat and mankind’s greatest challenge and he hopes the show helps to motivate viewers to respond with action they take right where they live.

energy system to 100 percent renewables,” Northcutt says. “This is said to be mankind's greatest challenge. Of course, one person cannot do everything, but each person must do something to combat climate change.”

About: More than 50 works by Waco artists in multimedia depicting the devastating effects of climate change.

Hosted by: Waco Friends of Peace/Climate