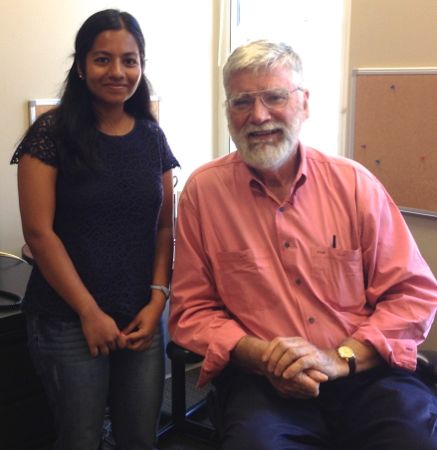 Tharani Devi Krishnakumar got to chat with Mike Clark, the interim executive director of Greenpeace USA, during her summer internship at Greenpeace in Washington DC. Photo courtesy of Tharani Krishnakumar.

“The U.S. is so clean and more environmentally aware,” she said. “In India, people still throw trash in the road.”

She still remembers her shock when local authorities cut down 250 old growth trees to widen a road near her hometown of Salem, Tamil Nadu in southern India.

“When I read about that and traveled those roads without the trees, I felt there was something missing. I felt like I wanted to do something.”

This summer, Krishnakumar got to pursue her dream of helping the environment when she worked as an intern for Greenpeace at its Washington DC headquarters. Over two months, she got a peek into the inner workings of the international environmental organization, which has been fighting on behalf of the oceans and the planet since 1971. 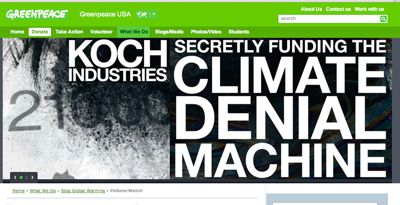 The 26-year India native worked as a researcher, digging up information on lobbying groups and organizations who try to thwart climate change reform. She was assigned to follow the money trail to see which donors were giving to these groups. The information was then posted to their Polluter Watch blog.

“Greenpeace wants to make people aware who’s donating money to the climate change deniers, who’s behind it,” she said.

She said they guided her through the process, directing her to reliable sources of information such as SourceWatch.org and OpenSecrets.org.

“I learned how to do research. I learned a lot about things I never heard of before”

She attended inter-departmental meetings and met with Mike Clark, the interim executive director of Greenpeace USA. She also attended congressional hearings and reported back what transpired.

“This has been such an awesome experience,” she said. “I’ve made contacts. Networking is so important in DC.” 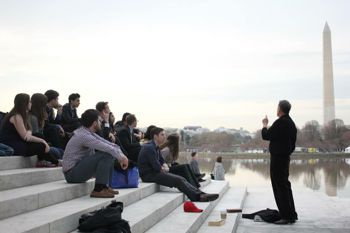 Krishnakumar’s internship was a program of the Archer Center, which brings University of Texas students to Washington. She said her goal is to someday work for the UN.

“They focus on social issues, poverty as well as environmental issues,” she said.

Back in India, Krishnakumar had earned her bachelor’s degree in electronics and communications engineering and worked in the software industry for awhile. However, it was while volunteering that she found her life’s passion. She and others provided humanitarian aid to local villages, such as setting up dental camps and performing clean ups. That inspired her to switch careers. Two years ago, she moved to the United States and enrolled at the University of Texas at Arlington.

Next summer, she’ll graduate with a dual master’s degree in social work and urban affairs. As a student, she got involved in some local environmental i 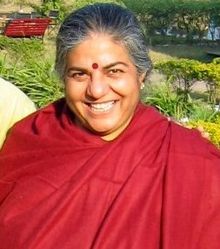 ssues, including volunteering for Friends of the Fort Worth Prairie Park. At Earth Day Texas this year, she helped educate event-goers about the campaign to save the prairie remnant.

Eventually, she hopes to return to India to help clean up its rivers, which she said have grown polluted over her lifetime. She aspires to be like her hero Vandana Shiva, a pioneering Indian environmentalist.

“I want to do a lot more environmental work in India. I don’t want to be sitting in front of a computer all day,” she said. “I want to pursue something I am happy to do.”