Two for One: North Texas recycling associations to partner in 2014 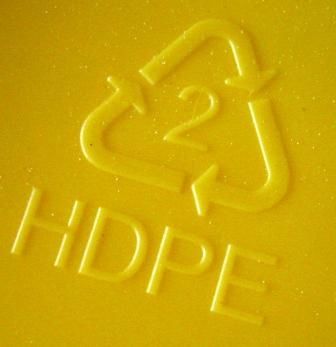 Two recycling associations in North Texas have similar missions. Now they’re putting their resources together to have a greater impact.

For years, the North Texas Corporate Recycling Association and the Greater DFW Recycling Alliance have been providing education and networking opportunities as separate entities. This year, they’re testing a union to see if they want to make it a longterm commitment.

“Our organizations are focused on the same mission with the same goal, to engage North Texans in recycling and waste minimization through education, advocacy and leadership,” says Wendy Chance, GDFWRA president. “We are working together in 2014 to meet our goal and will evaluate the opportunities of joining together permanently at the end of this year.”

Today, NTCRA currently has about 75 corporate members and 20 individual members or municipalities and GDFWRA has approximately 70 members.

Both Douglas and Chance say they have noticed that some members belong to both groups, which is not surprising since they share as many commonalities as differences in their structure.

“Most of the events, tours and award ceremonies we have are very similar,” explains Douglas. “We both have ‘Legislative Update’ panels, we both have tours, and both organizations have fabulously fun mixers and networking opportunities.”

The biggest difference is the target membership since NTCRA focuses more on corporate outreach, while GDFWRA’s outreach is more municipality and government focused.

But the groups already partner on some events together, such as the annual Recycler’s Golf Tournament and the Eco-Bus Tour.

“We learned early on that certain events needed both organizations to work,” said Douglas. 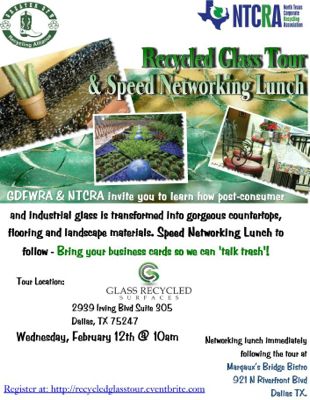 Their first event of the year is the Recycled Glass Tour and Speed Networking Lunch on Feb. 12, from 10 a.m. to noon. Attendees will tour the Glass Recycled Surfaces in Dallas, followed by a lunch at Margaux’s Bridge Bistro. The tour and lunch is $35 for nonmembers and $15 for members.

Douglas said the events and the organizations are open to anyone interested in recycling and networking.

“The main purpose or our organizations is education. About a third of our membership are people who aren’t working in the recycling industry. They are just passionate about recycling and want to know more.”