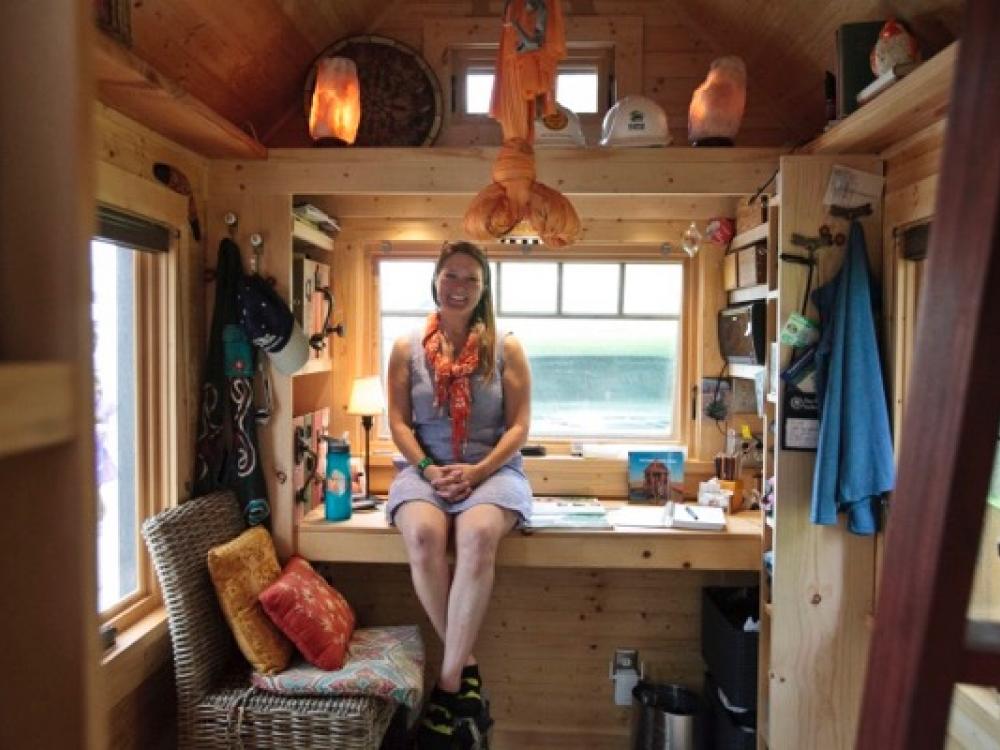 Former Dallas resident B.A. Norrgard Breen will be leading a workshop on tiny houses on April 21 and 22 at Earth Day Texas in Dallas. Courtesy of EDTX.

In 2014, Beth Ann Norrgard Breen was seeking a radical change from her 9-to-5 lifestyle when she debuted her tiny house at Earth Day Texas. Shortly after, the former Dallas resident and paralegal hitched her tiny house to a trailer and has been living tiny ever since. Since then, she’s traveled 8,000 miles in mini mobile home. 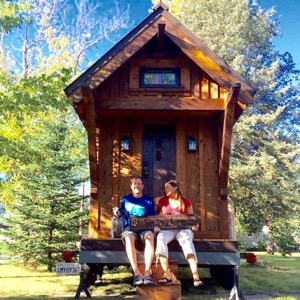 “After EDTx 2014, I started living in my tiny house in earnest,” said Breen said. “Then that summer Jay Shafer - the man largely credited with mobilizing the tiny house movement in the United States - called me and offered me a job working for him in northern California. I hitched up my house and went. I was there for a few months and then began my tiny house travel.”

While she still partners with Shafer on events, Breen, who goes by her initials B.A., is more focused on advocating for tiny houses to become a mainstream housing option.

“I organize, or help organize, tiny house exhibitions that allow me to education the public about living small. I am living by example,” she explained.

In the summer of 2015, her travels took her to her home state of Minnesota where she said she was grateful to be able to be with her parents for the last two years of their lives. Her mom died the day after EDTx 2015 and her dad died this past January.

“I am still struggling to find myself after those losses,” she said.

While in Minnesota, she took a job with Habitat for Humanity as their Volunteer Coordinator. She just wrapped up that position last week.

She also co-founded the Tiny House Collaborative and has been traveling with and without her house, exhibiting, speaking, consulting and teaching tiny house workshops all over the nation.

Breen got married to a man she went to high school with – they reconnected after 30-plus years - and married last August in Colorado Springs.

After this year’s EDTX, she and her husband John Breen will move their tiny house to Nisswa, MN for the summer.

Appropriately, they were married in the tiny house chapel there.

“We were fortunate that HGTV was there covering the Jam, and as a result, our wedding aired on HGTV on New Year’s Day this year,” she added. “That was pretty surreal.”

Also surreal is the fact that her husband will be with her at the upcoming tiny house weekend exhibition at Earth Day Texas 2017.

“He sometimes travels with me for workshop weekends, but he’s still pretty new to the whole tiny house thing,” she explained.

The workshop is a product of the nonprofit Tiny House Collaborative.

“We are a team of four individuals, each passionate about providing the resources to design, build and dwell efficiently,” Breen said. “We are very grateful to be included in the programming for the big EDTx weekend.”

Attendees at a Tiny House Collaborative. Courtesy of B.A. Breen.

Overall, the Tiny House Collaborative is an affiliation of designers, educators and community advocates. The focus is to empower individuals and organizations to transform their communities and cities through innovative housing and lifestyle choices.

“We advance personal and collective resiliency by providing the resources to design, build and dwell efficiently,” Breen said.

At the workshop the group will offer those in attendance the chance to learn about the various models for tiny house communities with real examples from across the country and the steps necessary to create them.

“Tiny House Collaborative members have set up tiny house communities and have worked with their municipalities to explore ways to address regulatory hurdles in the Pacific Northwest, the Mid-Atlantic and the South, so their knowledge covers multiple areas of the country,” she said.

As for who should attend the seminar, Norrgard Breen said it could be folks who are tiny house enthusiasts or builders interested in forming a tiny house community as well as landowners and city officials interested in learning more about tiny houses and their potential in cities and towns.

As for what Breen plans to do with her tiny house in the future?

She said in October she and her husband are planning a tiny house cross country move – they just have to figure out where they want to go.

Her dream, however she concluded, still remains to launch an urban tiny house community in north Texas.

About: Come learn with us and explore opportunities for tiny house communities, regulation and legalization. Tiny House Collaborative members have set up tiny house communities—and have worked with their municipalities to explore ways to address regulatory hurdles—in the Pacific Northwest, the Mid‐ Atlantic, and the South, so their knowledge covers multiple areas of the country!

Hosted by: The Tiny House Collaborative

Tiny House Village Tours: $5 to tour all of the DIY houses.