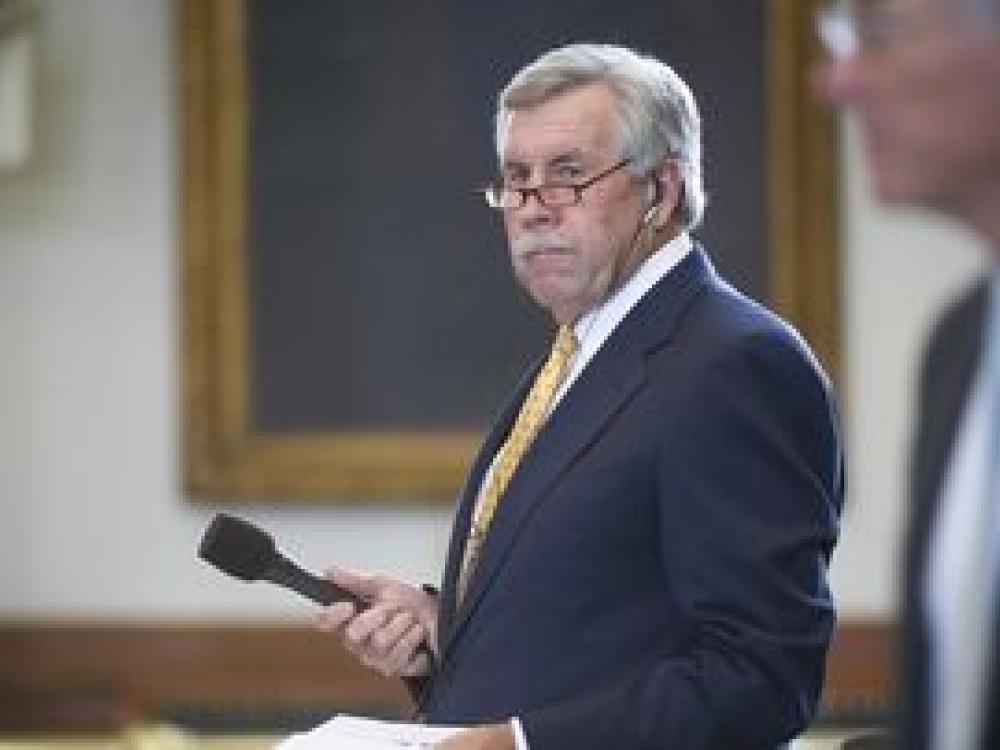 The Texas’ 84th Legislature wrapped up this past weekend, amid torrential rainfall and a deluge of action to maneuver bills to final approval. Your health, safety, water supply, air quality and right to weigh in on potential public hazards and initiate civic action all may feel the effects of the storm in the statehouse.

Environmental and public interest advocates who waded through it contributed to this report on what they concur was “the worst session for the environment in 15 years or more." They are Tom "Smitty" Smith and David Power of Public Citizen and Rita Beving of Alliance for a Clean Texas.

Back in March, 55 environmental bills had been introduced, by Alliance for a Clean Texas' tally, 34 "bad" bills adverse to clean air,  water and land, local protection of public health and safety and renewable energy. Twenty-one “good” ones.

In the final week, a total of 19 of those introduced, “good,” and “bad,” had made it through the legislature to passage or defeat. And by Friday, six bills were dubbed ugly by critics – bad bills that were thwarted, but threatening to pop up as stealth amendments added to other bills, to see the light of day, after all. Kind of like zombies. 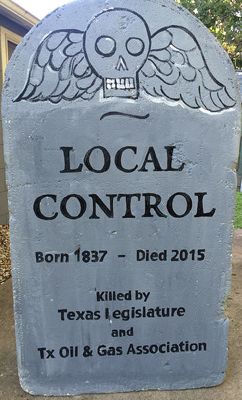 HB 40, known as the Denton fracking bill, "strips local municipalities and counties of their ability to retain ordinances regulating oil and gas activity… to protect communities’ quality of life."

The bill not only outlaws cities' enactment of ordinances on drilling setbacks from schools and homes, oil and gas traffiic and noise, but also bans communities from action to address subsurface issues, that often affect health and safety, such as “siting of deep injection wells… emergency shut-off valves, or boring under roadways.”

SB 709/HB 1865 "severely limits a citizen’s ability to challenge or amend an industry permit…for a polluting facility,” such as a landfill or coal plant, through a long-established process called the contested case hearing. “Only 0.5 percent of permits are ever contested," points out Beving, “but legislators didn't know that” when the Chemical Council pushed for the bill.

Water policy was a winner. Of seven water bills followed by ACT and Public Citizen, four good ones won and three ugly ones were defeated. On the "win” side, the state's Water Advisory Council is now required to monitor and assess water management strategies statewide and report bi-annually to state officials with water conservation recommendations. There’s a new state tax holiday on water-efficient WaterSense appliances. And two measures charge the Texas Water Development Board with assessing our groundwater supply by mapping aquifers and assessing water quality.

The failed ugly water bills included one to study a statewide water grid and water marketing, detracting from conservation efforts.

"We killed any changes to the RPS and the CREZ program,” reported Smitty Smith late Sunday night, which saved the multi-billion dollar investment draw of Texas’ internationally ranked wind industry.

Also ugly was HB 2595 (Keffer), which would have restricted cities from accepting certain voter-initiated referenda or ballot initiatives, impeding a citizen right “that dates back 140 years in Texas,” says Smith.

RISE OF THE UNDEAD

An ongoing series of maneuvers since 2011 has postponed review of the Texas Railroad Commission, the state’s regulator of oil and gas drilling. In a weekend surprise, a conference committee entertained a measure to push Sunset Review of the RRC, due in 2017, down the road to 2023.

“Outrageous,” said Beving. “This is Irresponsible, with problems around the state with injection wells and earthquakes…and HB 40 enacted, denying local safeguards on oil and gas safety, under the assurance that the state will regulate for this. There are tens of thousands of wells in North Texas, and the Railroad Commission this session budgeted only 10 new pipeline inspectors.”

But early Monday, the last day of the session, Smith reported that lead Sierra Club lobbyist Cyrus Reed had mustered the research and legal findings to defeat the stealth move.

"I've worked the past 17 Legislatures," says Smitty Smith.  "By far, this is the worst, in the way that legislators have worked to reduce citizens’ rights to protect ourselves from polluters, and to remove even the few rights in place.”

"Elections.  Many individuals complicit in oil and gas overreach this session will be up for reelection….It’s up to citizens to organize and identify candidates to reverse this trend.”

GET INFORMATION, GET INVOLVED

Texas Campaign for the Environment