Teens gearing up for Solar Car Challenge in Fort Worth 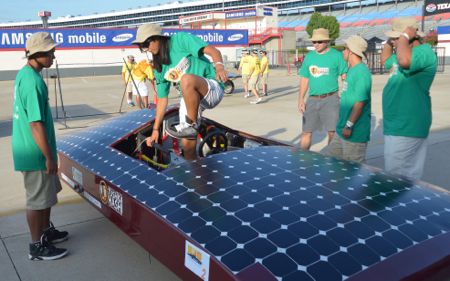 High school students from across the country may be modeling the cars of the future at Texas Motor Speedway next week.

At the 19th annual Solar Car Challenge held July 21-25 in Fort Worth, 25 high schools will be showing off alternative fuel cars that rely only on the sunlight for power.

Dr. Lehman Marks, founder of the Solar Car Challenge Foundation, said his inspiration for the competition dates back to 1990 when he took a group of students from the Winston School in Dallas to see the University of North Texas' solar car.

“The University's Engineering Department had developed this car to race in the American Solar Challenge. The high school students were hugely excited about the car and wanted to build one. The faculty advisor for the North Texas team turned to me and said ‘Why don't you build a high school solar car?’ So we did.” 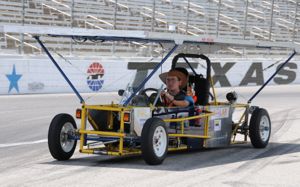 Marks says that after building the car, however, he realized that there were no other high schools to race against.

“That's when I started the Solar Car Challenge Education Program and started teaching high schools the science and engineering behind a solar car,” he explains. “This made it possible for high schools to build and race solar cars on a level playing field. They didn't have to compete against college teams.”

Since its inception in 1995, Marks says he has worked with more than 30,000 students and helped several other countries start their own solar car projects too, including South Africa, Cyprus, Indonesia, Columbia, Ukraine, Egypt and India. 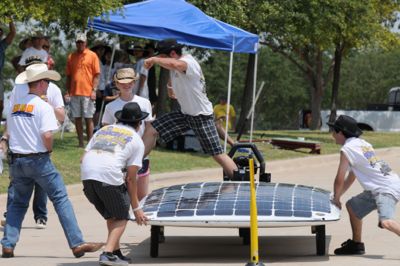 Typically the event alternates year to year between a race at Texas Motor Speedway and a cross-country drive. This year will be a hybrid event featuring two days on the course and two days on a road trip from Fort Worth to Austin. The team driving the most miles accumulated over the four days of the event will be declared the winner.

Marks explains that the cross-country drive gives many people a chance to see these high school solar cars and meet the teams. 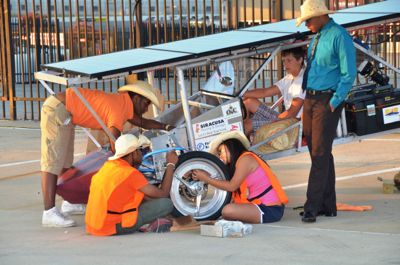 “For instance, during last year's drive from Fort Worth to Los Angeles, we passed tens of thousands of people who came out to see the solar cars. The students just don't get that kind of attention at a speedway race.”

Marks also adds that the international Solar Car Challenge is a “cooperation,” not so much a competition. 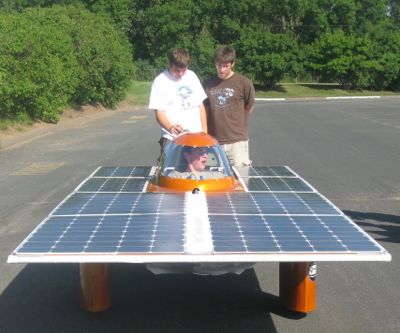 Tony Scallion, the DeSoto High School engineering teacher who heads that high school’s team, says he has 10 Advanced Engineering students who have been working on their car for 11 months.

“This has been a good motivator for my students,” Scallion says. “The students are able to work with others from development to design to electrical and the car was designed and developed solely by the students too.”

In the end trophies are awarded to the winner, but Marks points out it's primarily to help teams get future sponsorship.

“Our view is that once a team makes it to an event, they are truly a winner,” he says. “Each team comes up with their own ideas on how to comply with the stringent set of rules and guidelines. It is always amazing to see the variety of solar cars. Most of these variations can be attributed to team experience and available financial support from the community.” 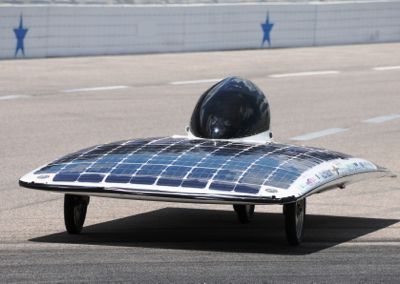 “Teams that have been around for several years generally boot-strap themselves up to a better solar car,” Marks concludes. “They continue to refine their strategies, improve the quality of their solar cells and motors and develop better teamwork.”