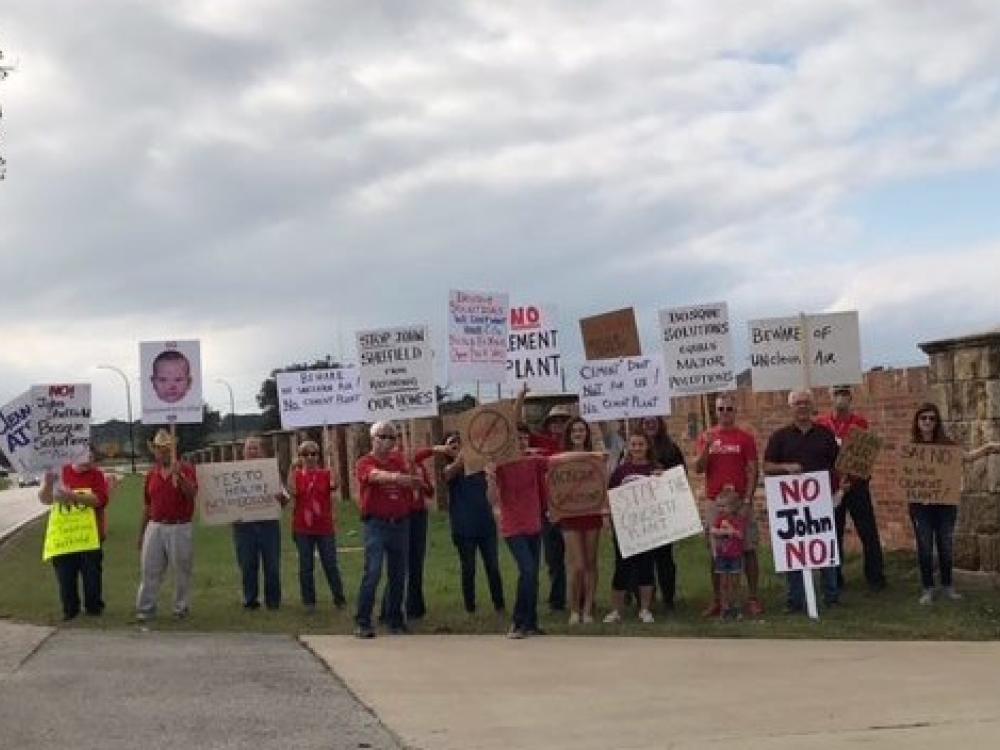 A group of Tarrant County residents protest near the home of John Sheffield, who has applied to operate a concrete batch plant in their neighborhood. Courtesy of Stop the Bosque Solutions Concrete Plant.

A group of Tarrant County residents are battling to keep a concrete batch plant from being built in their rural, residential neighborhood.

Over 400 residents have joined a Facebook group to push back against the industrial facility, which would be built at 7237 Gibson Cemetery Road, just outside Mansfield city limits.

They've garnered the support of Mansfield City Council, the Tarrant County Commissioner and the Texas House Representative for their district, which have all publicly opposed the industrial facility.

Now they're preparing to put their case before the Texas Commission on Environmental Quality after winning a contested hearing. 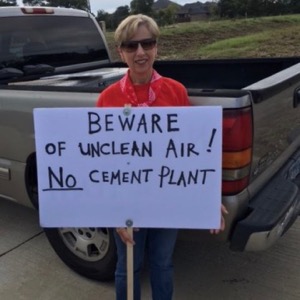 John Sheffield is the Arlington-based president of Bosque Solutions, who applied for the permit in May 2018.

According to the application, the company plans to operate 24/7 and keep stockpiles of cement, fly ash, aggregate, sand and admixtures on the property. Cement mixer trucks would travel back and forth to pick up materials.

Nearby residents are fearful that the noise, emissions and dust blowing from the site will ruin their quality of life. In addition, several residents have said they have serious health problems, such as asthma and pulminary disease, that would be exacerbated by additional air pollution.

Tamera Bounds, the founder of Mansfield Gas Well Awareness, said if the permit is approved, Bosque Solutions would be allowed to pollute 13 tons a year of particulate matter. 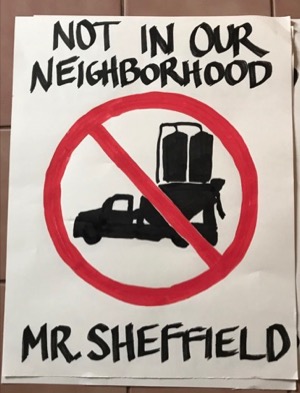 “People shouldn’t be breathing that,” said Bounds, who is now a member of the Mansfield Planning and Zoning Commission. “This man should find someplace else to do his business.”

Bounds said they’ve held protests as often as two Saturdays a month over the past year in front of Sheffield’s home. So far he has not bent to the public pressure.

“The TCEQ has designed health standards for batch plant operations, which we are fully prepared to comply with,” Sheffield told the Star-Telegram in August. “These standards are designed to be fully protective of residential rural settings.”

After hundreds of residents showed up at meeting last fall to express their opposition to the plant, the TCEQ granted a contested case hearing which will be held at a date to be announced later. A preliminary hearing will be held on Sept. 30 at Mansfield City Hall at 10 a.m.

It appears that only a handful of residents will have their individual cases considered at the contested hearing, having been deemed "affected residents" due to proximity and/or health issues.

Jan Hurlbut, who lives within an half mile of where the cement plant will be built, said she’s not only concerned for her family’s health but the health of her two rescue horses she keeps on her property. They are both retired racing thoroughbreds found starving before she adopted them through the North Texas Humane Society

“They’re both special needs horses. They have had problems with choking. It’s a serious thing. They’re on a liquid diet.”

She said many of her neighbors also have horses and other livestock outdoors that could be affected by the plant. 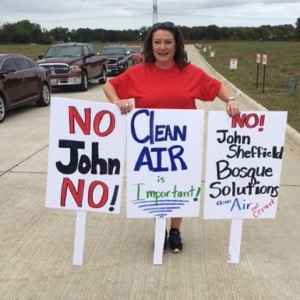 “There is a lot of dust (particulate matter pollution) that comes from batch plants. Often there are large piles of fine dust that is left uncovered and exposed to the elements. In Joppa, south of Dallas, for instance, leaves on surrounding trees often have a coat of fine dust on them. Recently we saw the layer of dust on cars and homes that were emitted by a Martin Marietta batch plant in McKinney.”

Mayo scoffs at the notion that the Tarrant County property is a suitable location, just because it’s located outside of city limits.

“The idea that there are no other suitable locations to place batch plants other than near residential communities is absolutely ridiculous,” said Mayo. “Industrial operations are meant to be far away from residential areas according to zoning regulations. Once they are far away from residential areas, there are a variety of high and low tech options to mitigate the noise, dust and traffic issues. Buffers (organic as trees, or inorganic walls) surrounding the site, indoor storage of dust instead of outside exposed, the list goes on. The bottomline is that batch plants don't further the health, safety and welfare of the public, which is what zoning regulations are supposed to promote for the public.”

While the unincorporated property is not subject to zoning laws, Texas House Rep. Bill Zedler of District 96 said he’s doing everything he can to prevent the batch plant from going forward.

“They want to put it right smack in the middle of a residential area. It belongs in an industrial area. This would be not only an ongoing eyesore, it’s also a health hazard.”

Zedler also pointed out that trucks from the plant will be using Farm Road 1187, along a school bus route.

“The traffic is going to far surpass what the road has been built for.”

Zedler said if the residents should lose the contested case hearing, they plan to appeal.

He argues that a reasonable person would take note of the vast opposition to their plans and look for another location.

“This guy’s not reasonable.”