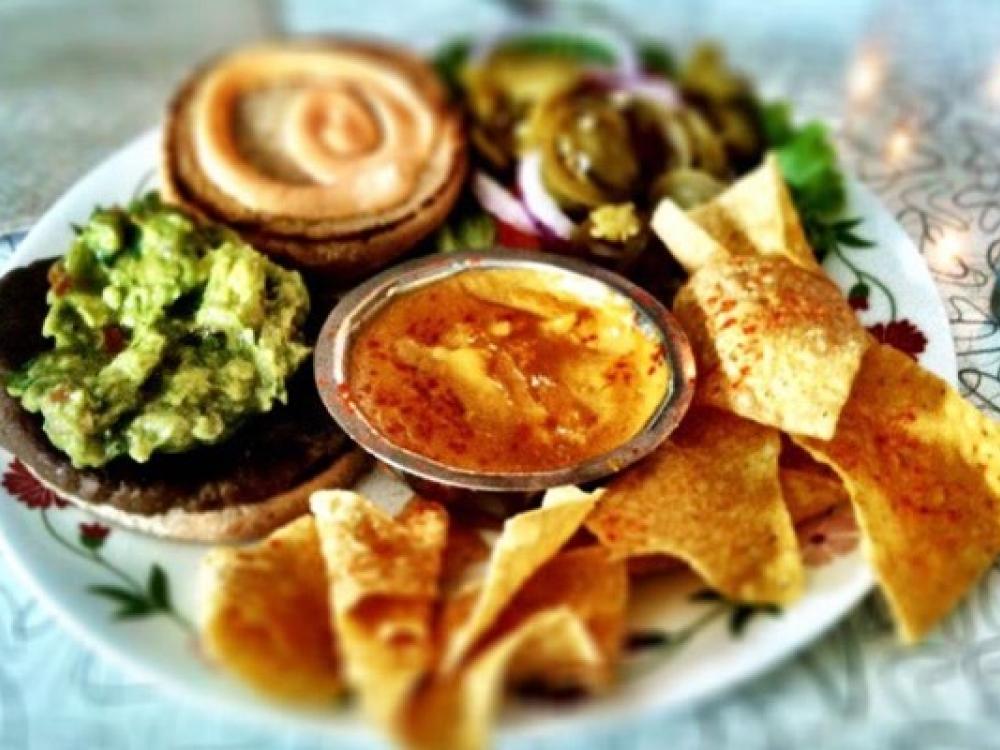 The new Spiral in Denton will feature all of the restaurant's most popular dishes such as the El Paso Burger pictured above. Courtey of Facebook.

Vegan comfort food restaurant Spiral Diner is opening its third location in Denton. Keeping her fingers crossed for an April 2017 launch, coowner Amy McNutt says the addition to the Spiral lineup will be located in the downtown district at 608 East Hickory Street next to the train station, just east of the square.

The latest iteration of North Texas’ most enduring vegan restaurant will serve the entire delicious, kind-to-animals menu that the first two locations have offered for over a decade. 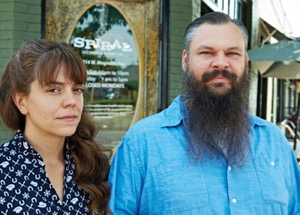 “The menu is exactly the same - same food offerings and same beer and wine selection - same hours. The only difference will be the space itself has some minor differences in furniture and decor. While our buildings in Fort Worth and Dallas were built in early 1900s, our location in Denton was built closer to the 1960s, so we are adjusting some of our design to reflect that,” McNutt says.

Diners at the Denton location will have the choice of taking a table out on the covered patio as they prepare to dig into a plate of Nachos Supremo, Hell's Half Acre Plate or the Texas Big Salad. Indoors, the experience is being created from scratch with a decor that’s still under development.

“We've put everything we've learned over the last 15 years into the design of this location. The fact that we were able to start with a blank slate has been really fun. There were no walls or anything we had to work around as far as design. And we were able to hire Kara Keith for our interior design. She's done an amazing job,” McNutt says. “We really love the building. That was our main deciding factor. It has tons of windows, a big covered patio that faces the courthouse, and it's close to both TWU and UNT.”

“We are as busy as we can be. We are at capacity almost every day. And it's been this way for a few years. It's definitely time for a third location because Dallas and Fort Worth are bursting at the seams,” McNutt says.

McNutt, who founded the original Spiral Diner in 2002 in Fort Worth, will be fully involved in the new Spiral location along with her husband and co-owner James Johnston. 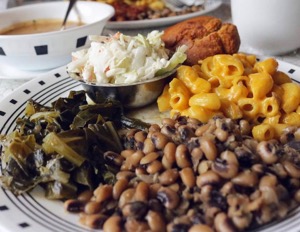 “Our General Manager is Emilie Petry who we are stealing from our Fort Worth location. She's been our GM for years in Fort Worth, and we're lucky that she agreed to join us for Denton. James and I are in charge of all things food: recipes, menus, blue plates, et cetera, as well as training all our new employees and just generally keeping an eye on everything,” McNutt says.

The Soul Food plate is one of Spiral's monthly specials. Facebook.

McNutt says the clientele of the first two Spiral locations has grown through the years, making expansion almost inevitable.

“We are as busy as we can be. We are at capacity almost every day. And it's been this way for a few years. It's definitely time for a third location because Dallas and Fort Worth are bursting at the seams,” McNutt says.

Spiral Diner has become an establishment in North Texas, one of the few restaurants where vegans, vegetarians and anyone else who simply enjoys a good, homestyle meal can order anything on the menu without giving a thought about what artery-clogging ingredients might lurk inside.

More than just a food establishment, Spiral’s social consciousness and bold animal-rights stance provide a welcome sanctuary for left-leaning minds in North Texas. McNutt says that providing a haven for progressives gives her a great sense of satisfaction. 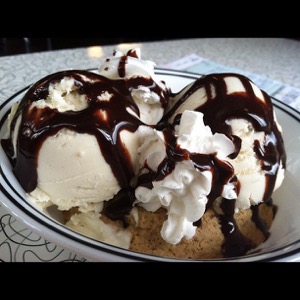 “We provide a liberal, animal-loving, gay-friendly, radical, feminist bubble for people to escape to in one of the most conservative areas in the country. And I feel like we do this without being exclusionary or elite. All are welcome at Spiral no matter what your background, McNutt says.

“I'm most proud of Spiral when I look around a packed dining room and see people of all kinds. You'll see guys in cowboy hats, police officers, young punk kids, old hippies and everything in between. And they are all there to enjoy a cruelty-free meal.”

Perhaps just important to Spiral Diner’s enduring success may be that the restaurant isn’t just a business but a labor of love for her and Johnston along with their business partners Sara Tomerlin and Lindsey Akey, McNutt says.

Spiral's menu includes a variety of desserts, shakes and smoothies.

“I think it all comes down to having a bigger purpose - saving animals and helping people live kind. When you do something purely out of love it's easy to stay motivated. And we tend to attract the best employees because they too want to be a part of something positive.