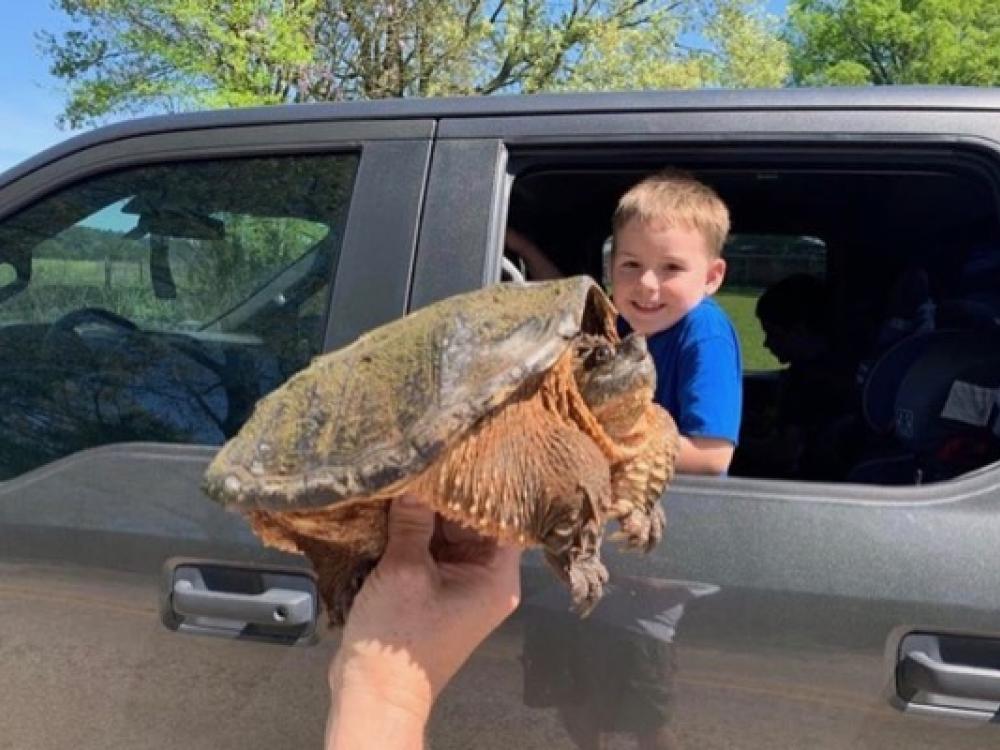 Why did the turtle cross the road?

Probably to get to the river or pond or sunny nesting spot on the other side.

That’s why Fort Worth-based turtle expert Andrew Brinker says if you find one in the middle of the street, you should carry it across the road in the direction it was going. That’s because, most of the time, it knows where it’s headed. 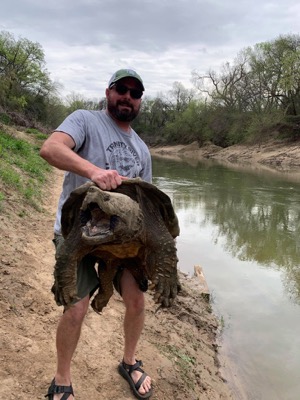 The Paschal High School science teacher in Fort Worth is the director of the Trinity River Turtle Survey, a three-year study of turtle population of a four-mile stretch of the river in Fort Worth.

He said this time of year is breeding season for turtles. About 90 percent don't need to cross roads and highways to look for mates or nesting grounds.

“I’ve already seen a huge uptick of turtles crossing the road,” said Brinker, recently by phone. “I've saved one already with my kids and I've seen dozens of them killed on the side of the road."

Brinker said turtle road crossings can happen any time of the year but are more common in April and May. Sliders and snapping turtles are the species most commonly seen cruising across the lanes.

While most turtles stick near the river or pond banks, the reason some end up in traffic varies.

In some cases, development has intruded in a turtle's native territory. But Brinker suspects a few wandering turtles are released or wayward pets unfamiliar with the lay of the land. 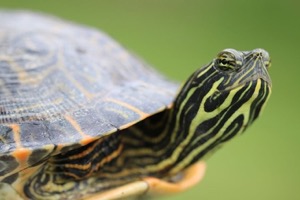 A river cooter measured and marked by Trinity River Turtle Survey in March.

Again - if you do spot a turtle in the road and can safely pull over, Brinker says the best guideline is to carry it across in the direction it was going.

However, in rare cases that the destination directly on other side seems unsuitable - such as it's under development or is already a parking lot, Brinker suggests taking the turtle to the closest body of water - a river or a pond - but make sure to stay within the turtle's home range, which he estimates is about half a mile.

That scenario is more common within city limits than out in rural settings.

"Generally, you wouldn't want to take a turtle [far away] to an area just because you think it would be better, like the stock pond on your grandparents place or whatever. That oftentimes isn't good because then the turtles will try to get back home and then they'll be more likely to get back on the road and get run over."

Brinker, who has a masters degree in zoology and once worked as a herpetologist for the Fort Worth Zoo, knows first-hand about turtle territory, based on his catch and release studies on the Trinity.

In Tarrant County there are 19 species of turtles, including red-eared sliders, snapping turtles, river cooters (which look like red-eared sliders but don’t have the red ear) and soft shell turtles. See TPWG guide to common Texas turtles. 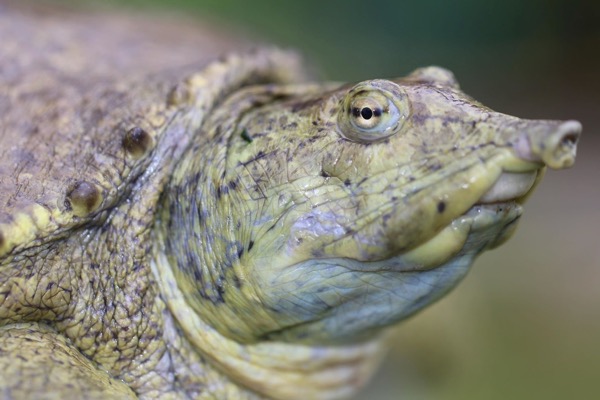 “I think the population of turtles in Fort Worth is thriving,” said Brinker.

They feed on algae, seeds, plant material, insects and larvae.

"People are always wanting to get rid of turtles in their ponds, because they think they're eating the fish, but they're actually keeping it clean," said Brinker. "They're kind of like goats - they eat everything. If you don't have  turtles on the bottom, you're just gonna have a big green algae mess."

Since 2018, it's illegal to sell wild turtles in Texas. You need a hunting license to take one from the wild and keep it as a pet.

Although Brinker has loved turtles since he was a kid growing up in Michigan, he admitted they make “terrible pets.”

He said that's why people release them into the environment.

“They’re really stinky, they eat a lot, they need special lighting and they live forever. Most people that buy those tiny babies don’t know they get bigger.”

“I really discourage people who try to keep them as pets.”

So if you do find one in the crosshairs of oncoming cars, help it on its way. But Brinker cautioned - only when the traffic clears. Don't put yourself in danger to save it.