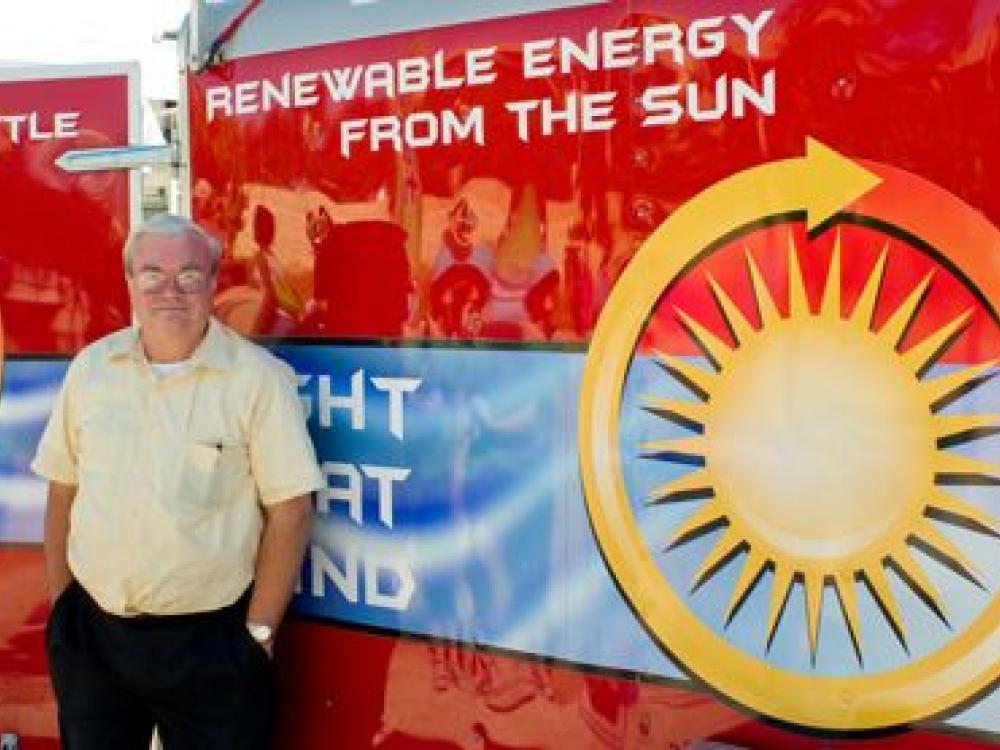 Many North Texans know Dan Lepinski as the "solar shuttle guy." Lepinski will be powering the stage at the Green Source DFW Run for the Environment on Oct. 11 at Cedar Hill State Park. Photo by Karl Thibodeaux.

Dan Lepinski is fired up about solar.

A professional solar energy consultant and power design engineer, the North Richland Hills resident has been working with solar power for nearly for 40 years. However, most people know him as the guy who operates the mobile solar system seen powering green festivals and charity events around the Metroplex. 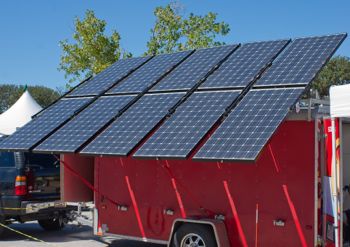 He hauls his solar-powered shuttle to about 30 events a year, but said he’s never done it for the money. Rather, he enjoys educating people about a subject that’s fascinated him since he was a kid, growing up in Arizona.

His journey began at age 9 when he was given a science kit that contained a solar project. Then he started designing his own creations.

“In sixth grade, I built a solar radio from scratch for a class science contest,” said Lepinski.

He just knew he had won the top prize. However, instead of a ribbon, next to his project, he found a note from his teacher on a 3-by-5-inch index card:  “Next time pick a different subject. Solar energy is too expensive to ever be practical.”

That wasn’t enough to deter him from his destiny.

After earning his degree in electrical engineering from the University of Aizona, he eventually opened his own business. He designed radio and communication equipment for use in remote areas, incorporating solar power. More recently, he worked as an engineer for Exeltech in Fort Worth, which manufactures inverters for grid-tied solar energy.

Shortly after moving to DFW in 2001, he recognized a need for solar power at events where generators didn’t seem compatible. The diesel equipment was smelly, noisy and not always reliable. In 2002, for the city of Dallas Earth Day fest at White Rock Lake, he volunteered to bring in some borrowed solar panels.

“To our knowledge, that was the first ever public solar-powered sound stage in DFW if not the state.”

Soon his solar system was in demand for charity runs, Habitat for Humanity builds, Boy Scout events and emergency responses. 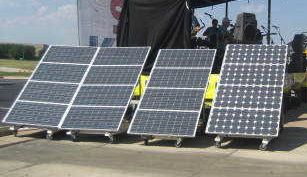 In 2005, his mobile solar panels came in handy during the Hurricane Katrina rescue efforts. A team of 45 Fort Worth police officers was headed down to New Orleans to help. One of them had seen Lepinski’s solar trailer at the Fort Worth Mayfest and contacted him to borrow his equipment for the trip.

“The local communications infrastructure had been wiped out and they couldn’t get diesel in the area,” said Lepinski.

Lepinski obliged and even color coded the cables and plugs so they’d be able to assemble the equipment themselves. He handed it over, not sure if he’d see the system again, given the conditions they would be in. However, after six weeks, it came back and bore an oily water mark as a souvenir.

In 2009, his equipment needed upgrading. So with help from donations from Texas Instruments and Blue Sky Energy, he built his customized solar shuttle for $65,000. The 10 panels are mounted on a trailer, making it a portable renewable energy system that can generate as much as 2,600 watts DC and 12,500 watts AC.

“The shuttle is capable of running a very energy efficient home,” he said. 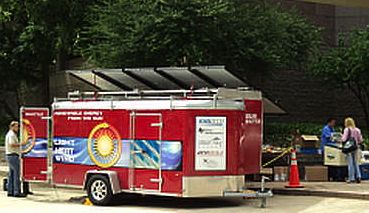 While the previous model took an hour and a half to set up and take down, the new and improved solar system can be operating in one minute or less upon pulling up to a site.

"Whatever time it takes me to get out of the tow vehicle, walk to the rear of the shuttle, unlock the doors and plug in the power cords for the equipment," he said.

Today, many environmental organizers see Lepinski as their go-to person for power, including Fran Witte, city of Irving environmental programs coordinator, who has hired Lepinski to help out at several city events. She said the solar shuttle is an improvement over diesel generators and reinforces their eco-friendly message at their events.

“[The first year], everybody was just oohing and awing about the ability to power the stage without a generator,”said Witte. “We have had generators so loud you can't hear yourself think. The solar shuttle is super quiet.” 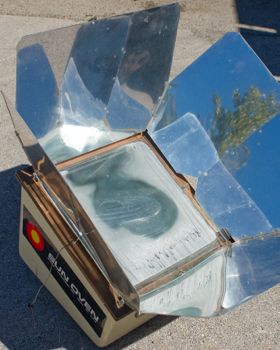 Over the years, the solar shuttle has provided power for Ecofest Arlington, city of Fort Worth Earth Party and the FritoLay Eco Fair. He’s powered the Fort Worth Prairie Fest’s stage since its beginning eight years ago.

“In the early years, people had a hard time accepting that the power for the stage, speakers and mics providing the massive sound when Brave Combo rocked out came exclusively from the sun,” said Don Young, Prairie Fest founder. “Carl Finch, leader of of Brave Combo, has said that the sound is better with solar energy.”

Last year, Lepinski even tagged along during the Solar Car Challenge’s cross country tour from Fort Worth to Los Angeles. During the trip, he provided power for 11 out of the 14 participants when cars broke down along the way.

Next month, look for Lepinski and his solar shuttle at the Green Source DFW Run for the Environment on Oct. 11.

He said it’s all a labor of love and has no plans to retire.

“To me it’s still toys,” said Lepinski. “It’s the fact that that you can set something out in sun and make electricity. I still look at solar and I don’t get tired of it.”