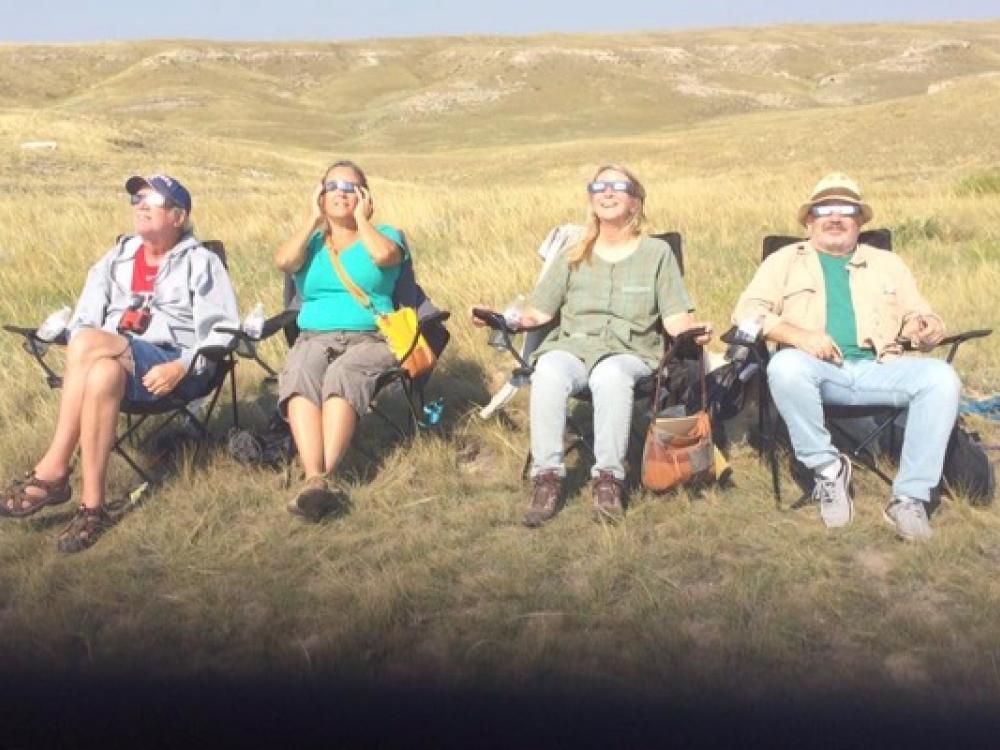 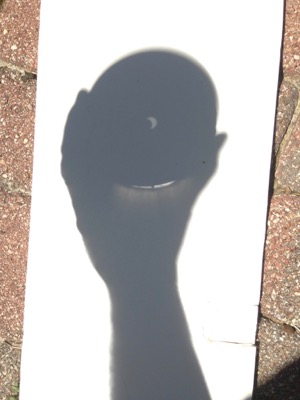 For many North Texans, the solar eclipse on Monday was a happy distraction from national politics and an excuse to venture outdoors during work or school hours.

While procrastinators scrambled to make homemade pinhole projectors in the 11th hour, eclipse enthusiasts were proudly packing their solar glasses purchased in advance for the big day.

Many simply stepped outside office buildings or into backyards, however, a number of Green Source DFW readers hit the road to witness 100 percent coverage. That includes our own Amy "Moonlady" Martin, who trekked to Crawford, Nebraska. (Look for her follow up report next week). Here are some of our favorite pics and posts from the day, beginning with a poem from Dallas environmental writer Anna Clark.

Above, a cardboard mailing tube serves as a pinhole projector. Photo by Julie Thibodeaux. 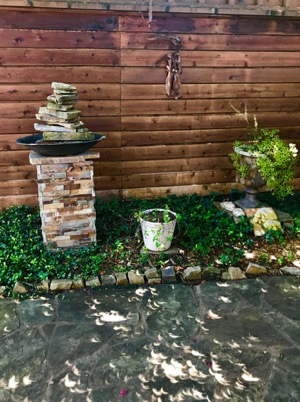 Light-dappled concrete blooms
With crescents shimmering bright,
Is this sun or is it the moon,
That inspires such wild delight?

Sunbeams and moonlight incite
In us everyday expectations,
But when celestial bodies unite,
They ignite deep revelations.

Both aspects of duality,
Reminiscent of yin and yang,
An eclipse of totality,
A hint of whence we sprang.

Eclipse Shadows. Video by Jen Schultes of Fort Worth. 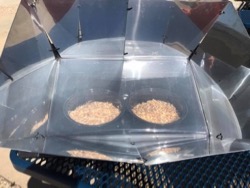 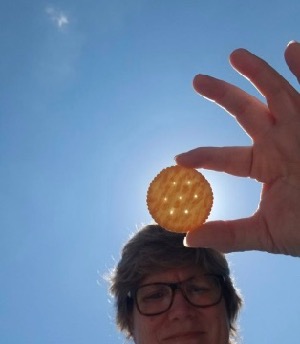 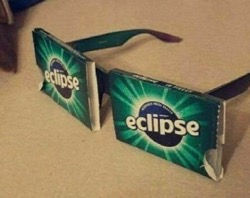 These don't look like the regulation glasses. Photo posted by Van Johnson. 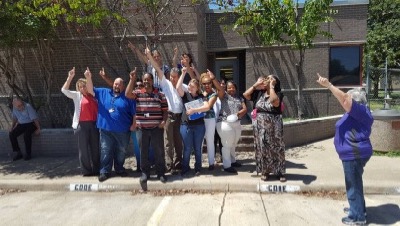 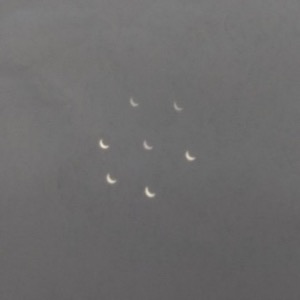 "No fancy skills required," said Brian Lochlaer, founder of Harp Seals DFW. "Just two sheets of paper and a needle. My camera couldn't do it justice, though." 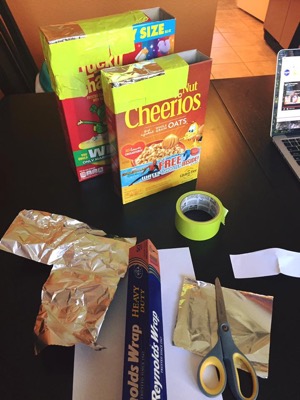 “Procrastination = rigged cereal boxes,” said Jillian Jordan, Keller-based founder of the Great Seed Bomb, who vowed to be ready for the 2024 solar eclipse. 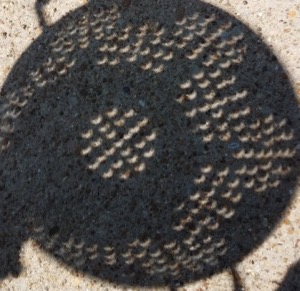 A colandar created an interesting effect. Photo by Van Johnson. 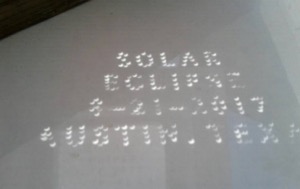 Friend Sarah Shaw of Austin posted this pic from A-town. See you in 2024!