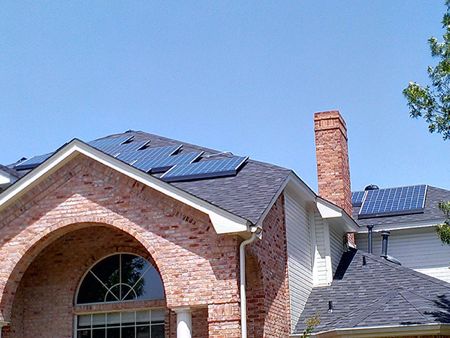 The city of North Richland Hills is considering requiring a special use permit for solar solar installations on street-facing slopes of a resident’s roof as well as for ground mounted systems more than 500 square feet. Above, a home in Cedar Hill with solar panels on the street-facing side of home. Photos courtesy of the DFW Solar Home Tour.

The city of North Richland Hills is considering a new solar ordinance that solar advocates say could discourage residents from adopting solar power. 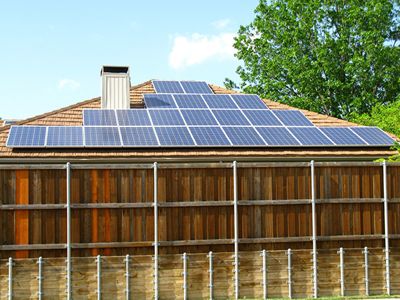 “The city received 41 applications in the last four years and the majority of those were received in the past few months,” said Clayton Comstock, senior planner for the city of North Richland Hills.

Right, a home in Plano with solar panels.

To address aesthetic concerns, the Planning and Zoning Commission recommended, and the City Council gave direction, that solar installations on street-facing slopes of a resident’s roof should require a special use permit or SUP. In addition, ground-mounted systems more than 500 square feet would also require a SUP. 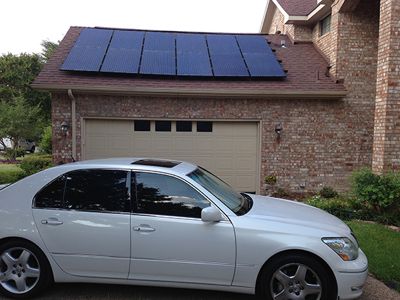 “We’re not saying we’re anti-solar,” said Comstock. “But part of the city’s image is design – how it looks when you drive through the community.”

Dan Lepinski, a North Richland HIlls resident and solar engineer, said the ordinance is driven in part by fears that solar could decrease the value of homes.

Above, a solar installation on a Rowlett home.

However, he said there are numerous studies that show that home values increase with solar panels.

Lori De La Cruz, a North Richland Hills resident and sustainability coordinator at Mountain View College, said she asked city officials how many complaints they’d had about solar panels and learned that "none" was the answer.

“If nobody’s complaining about it, why is this an issue?” she said.

She said the city should be pushing renewable energy given that Dallas-Fort Worth has not met the federal air quality standards since they were implemented in 1997.

Larry Howe, the founder of Plano Solar Advocates and board member for the Texas Solar Energy Society, agrees that aesthetics should not be a concern with regards to solar panels. He said he plans to write a letter to the city as well as attend the public hearings to speak against the proposal. 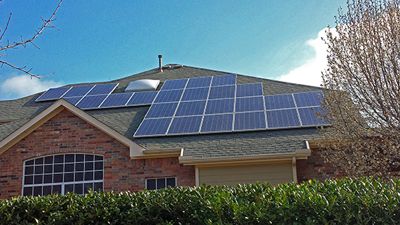 He added that when asphalt roofs begin replacing wood-shingled roofs, people didn’t like them at first.

“It took some time to get used to,” said Howe. “Beauty is in the eye of the beholder. [Solar] is new and they need to get over it.”

Howe, a retired electrical engineer, pointed out the placement of solar panels are key to their performance. If homeowners with south facing homes were not allowed to put solar panels on the front of their roofs, it would render the solar panels less effective. 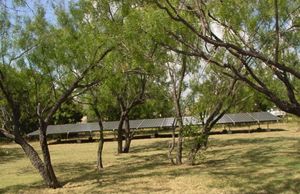 “For best overall annual production, the panels should be on the south side,” said Howe. “They’ll have 10 to 30 percent less production if they’re installed any other way.”

Meanwhile, the majority of cities in North Texas, including Dallas and Fort Worth, have simple permitting processes regarding solar, according to Lepinski’s research. The city of Flower Mound attempted to adopt a strict solar ordinance but ended up removing a requirement that solar panels could not be visible from the street. The city of Southlake is an exception, requiring a special use permit for all solar installations.

The SUP process, proposed by North Richland Hills for some solar installation, requires that property owners within 200 feet of the subject property be notified. The public hearing is also published in the local newspaper and a sign is posted on the applicant’s property. By state law, if 20 percent of the land area within the 200-foot notification boundary formally opposes a case, a super majority of the City Council – six members – would have to approve the case. 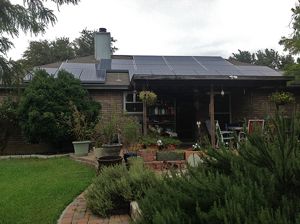 In defense, Comstock said just because other residents object to a SUP proposal does not mean that City Council will deny the application.

“In fact, we recently had a zoning case where many adjacent neighbors opposed the zoning request and the 20 percent threshold was met, but City Council approved it because it was in keeping with the Comprehensive Land Use Plan and other factors.

Above, a home in North Richland Hills with solar panels on the back side of the home's roof.

In addition, Comstock said to address concerns about the added cost and process time for these special use permits, the staff will be asking City Council to consider a reduction in the SUP application cost from $576 to $50 as well as an expedited application process policy for solar panel SUPs that would create a 30-day turnaround.

Howe said that even if cities that require special use permits ultimately grant solar installation applications, it’s the additional hurdle that may keep people from applying.

“If the message gets out that it’s a big hassle, they may not even ask to get quotes,” he said.

Both Lepinski and Howe encourage everyone who supports solar power, to attend the hearings on Nov. 20 and Dec. 8 to let the city know that there is support for the expansion of residential solar energy. If you plan to speak, Lepinski advises arriving at 6 p.m. to sign up to speak.

“What’s really significant is what they hear from their citizens,” said Howe. “As long as they hear some advocates come out and say something, they’ll have to rethink the issue.”