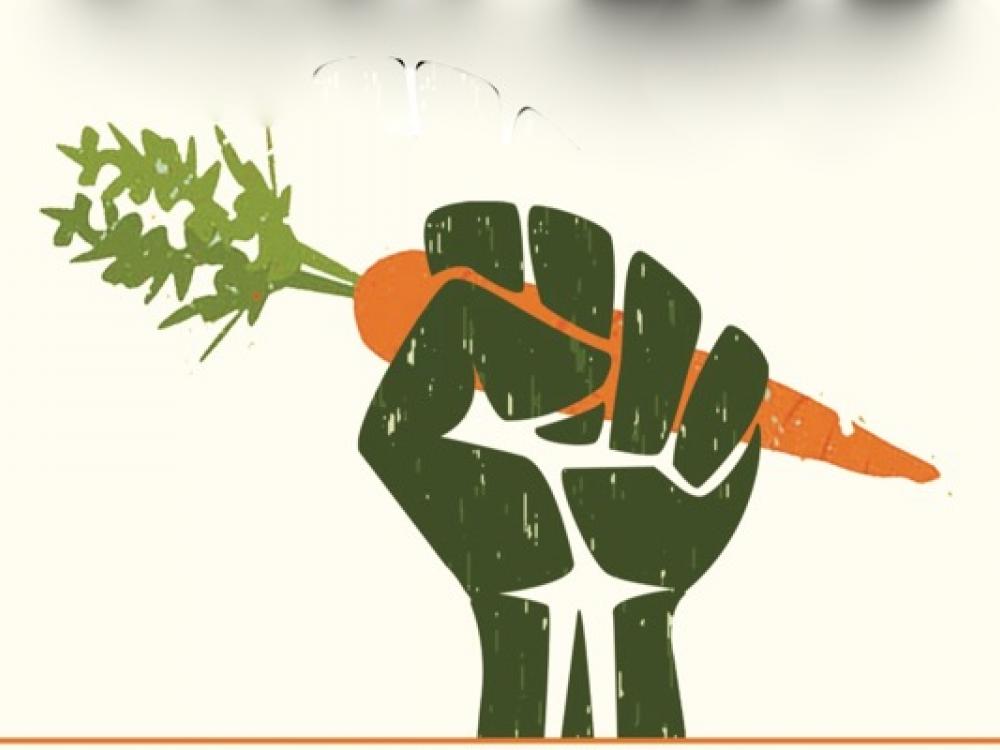 A Richardson-based author says changing your diet can help save the planet.

The book, published this month by Red Wheel/Weiser's Conari Press, feeds into the frustrations that many environmentalists feel in the current cultural climate. The authors offer veganism as the diet for the Resistance, a moniker resurrected by those pushing back against anti-environment and anti-global rhetoric. 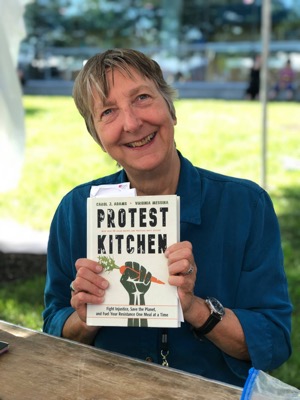 “Food choices give us opportunities to impact some of the most alarming aspects of the current turn from justice in politics: misogyny, racism and bigotry of all kinds; environmental destruction; hatred and bullying,” said Adams. “We are arguing that the kitchen and what we decide to eat (or boycott eating) is a sign of protest as well.”

While many have switched to a plant-based diet for health reasons, Adams became a vegetarian more than 40 years ago over concerns about animal welfare. Horrific conditions on factory farms have been widely documented and over 9 billion animals are killed each year for meat consumption.

She points out that a plant-based diet is also as a boycott against industrial farming practices that most often affect low-income people of color.

“Slaughterhouse workers are predominantly people of color living in low-income communities, and many are undocumented, non-English speakers. Their work is extremely dangerous to both physical and mental health. They are especially vulnerable because they may not feel that they can report violations or dangerous working conditions.”

In addition, Adams points out that there is a clear relationship between our food choices and climate change, since production of animal foods is a well-recognized factor driving global warming.

A 2010 United Nations report said a global shift towards a vegan diet is critical to mitigating the global issues of hunger, fuel poverty and the worst impacts of climate change.

“Because the impacts of our habits are felt around the world and the impacts of climate change affect the world’s poorest people, we have this powerful choice to eat in a way that lightens the burden of global warming on the rest of the world,” Adams said. 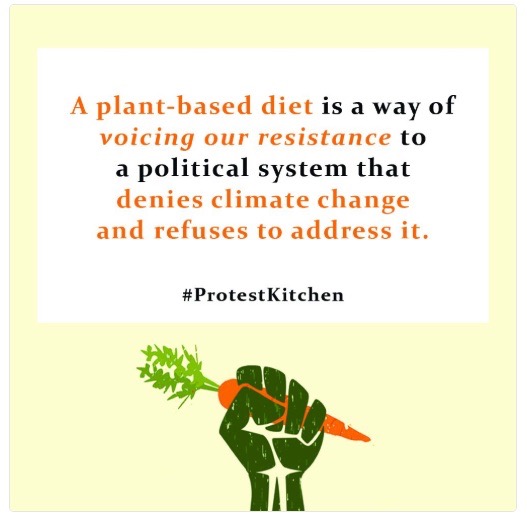 Understanding that dietary changes can be daunting, the book’s coauthors present a 30-day plan for taking small steps to change eating habits. Each chapter offers bite-sized lessons about plant-based and ethically sourced food with recommendations and recipes.

The book is aimed at novices but will give veteran vegetarians lots of new information to chew on.

For example, Day 1 invites readers to taste test non-dairy milk. The chapter includes an overview of plant-based milks, including some uncommon sources such as pea protein and hempseed, with in-depth notations about their nutritional value and how they’re best used.

The following chapters introduce readers each day to plant-based staples such as black bean burgers and hummus along with twists on classic comfort foods, such as vegan barbecue, mac and cheese and tofu scramble.

Adams makes the case that veg eaters do not need to feel deprived and have much to gain including better health and a sense of peace.

“Switching to a vegan diet is a way to align your habits with your sense of justice and compassion.”