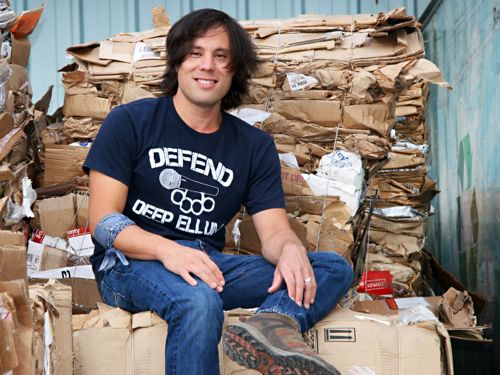 For the past four years, the Texas Veggie Fair has promoted the vegan and vegetarian lifestyle with a day filled with food trucks, cooking demonstrations, speakers and children's events. A vegetarian himself, Eddie Lott hopes to add a dose of environmentalism to the festival's animal-friendly message. 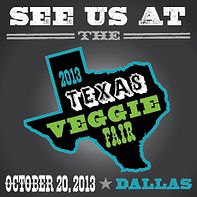 Lott and Recycle Revolution — the scrappy, community-minded, Deep Ellum company he started in 2008 — will be at the Veggie Fair, collecting used veggie dog sticks, vegan pizza crusts and empty kombucha bottles. While that might not sound like bliss to most people, it's the perfect place for Lott.

"They get it," says Lott. "They are conscientious, and if we do this correctly it will be a big success."

Behind the scenes, Recycle Revolution plans to compost scraps and waste from the vegan and vegetarian food vendors at the festival, which will take place at Reverchon Park. But visitors will experience a sort of recycling concierge service, where they can learn how recycling really works while they drop off their plates, cans and even dog poo.

"We're going to have large stations set up that are manned," Lott says. “We'll have a lot of containers around us in a circle and they'll be labeled for plastic, 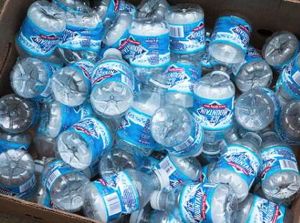 compost, maybe one for aluminum and one for glass. By making the stations manned, it puts some accountability on the consumer, and they can ask us questions."

Lott will answer those questions from his unique, knees-deep perspective of somebody who deals with hundreds of pounds of office paper, liquor bottles and food scraps each day.

One of the myths he hopes to dispel is the idea that every recyclable has value. While items like aluminum command a price, others, like glass, can be worth almost nothing. For such items, the choice to recycle becomes an ethical one—individuals and businesses must choose to pay for a service like Recycle Revolution, instead of adding the items to the ever-growing public landfill.

So for Lott, the most important idea he can impart is that we consumers are the biggest advocates for recycling:

"I want people to be empowered with the idea that they can go out and talk to a bar owner and say, 'I notice you guys don't recycle here. Why not?'

"I just want them to know that their one question can make a huge difference."

Marc Lee is a Dallas-based writer, editor and photographer. A former Dallas Morning News editor, his work has appeared in Houston Magazine, Moving Pictures Magazine, Ecoluxe Magazine and the Houston Press. Contact him at marc@marcsclips.com